A new high density power connector designed as part of the PCIe 5.0 standard, and rumoured to be present on the Nvidia GeForce RTX 3090 Ti, has come to light. Called 12VHPWR, the new connector can deliver up to 600W via 12 pins, a power draw which would normally require a graphics card to be fitted with four 8-pin Molex power connectors.

In August last year we first saw Nvidia's own design solution to this problem, a compact new 12-pin power connector (19mm), to replace the typical two 8-pin connectors on high-end boards, and which became standard fare on Founders Edition GPUs, if not many PSUs. The new 12VHPWR can deliver much greater power, is more future-proof, and is likely to be widely adopted as backed by the PCI-SIG, which also refers to it as the 'High Power Connector (H+)'. 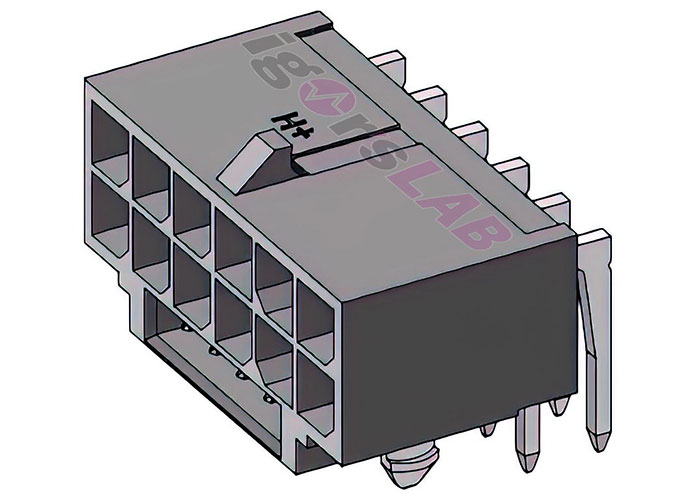 Some PC component suppliers have already started listing 12VHPWR / H+ plugs and cables and from these sources Igor's Lab has put together a diagram, explaining various features of the connector.

In summary, the 12VHPWR has 12 pins, each fitting into a 3mm square spacing (8-pin Molex spacing is 4.2mm) in two rows, for a 18.85mm wide connector, which is just a tad wider than the old Molex 8-pin one. This new socket can deliver 55A of continuous current at 12V, for a theoretical max power delivery of 660W (600W plus 10 per cent redundancy).

Looking more closely at Igor's diagram, you can see a series of four contacts below the 12 pins of the main plug. These four contacts are to carry sideband signals, but we don't know exactly what purposes they will be used for. On the cabling side of things, the spec requires higher quality cables to be used (as they will be carrying more power in less area) to prevent issues at this point of the design. Cable quality is probably going to be mentioned prominently in PC PSU and accessory maker publicity materials, but I hope they don't make the headlines for the wrong reason. 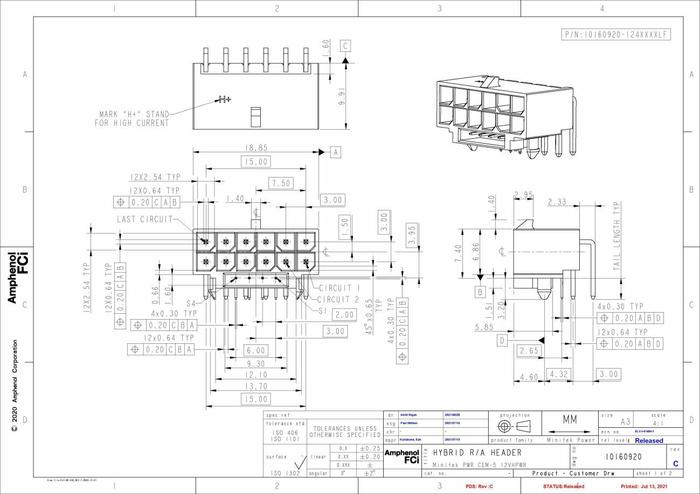 Igor's Lab looks at the capabilities of each 12VHPWR pin closely, with a discussion about the pin-out diagram of the H+ connector.

Tunnah
Imagine the noise from the blower/s on a 600w GPU lol.

Just the bubbling of liquid nitrogen boiling off I should imagine at that power level.

Kimbie
Be nice if they put the connectors on the end edge of the card like they use to do.

The Nvidia Ax000 cards (formerly Quadro) still place their connectors at the edge and they use EPS-12v.

Hopefully these 12v high power connectors can replace EPS-12v for CPU as well as GPU so we can use the same connectors across the board.