Microsoft launched the Surface Book 2 a little over a month ago. It was introduced as "the most powerful Surface ever" that delivered "Beauty and the Beast". The 15-inch version, for example, comes packing an 8th Gen Intel Core i7-8650U quad-core processor, and an Nvidia GeForce GTX 1060 discrete GPU 6GB GDDR5 graphics memory. So, its little surprise that users are testing that power, running demanding apps and games on the go. However last week some tech sites discovered a power problem with the Surface Book 2 - it was possible to drain the battery faster than it would charge. Thus, even if plugged in, the battery charge per cent would diminish. 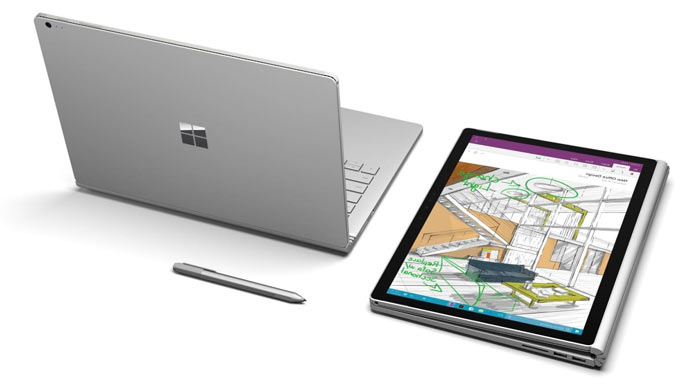 A few hours ago The Verge got an update on the situation directly from Microsoft. The Surface maker admitted that with certain demanding and prolonged tasks undertaken by designers, developers, engineers, or gamers the battery may discharge even when plugged in to the supplied PSU or Surface Dock. Please note for this situation to occur user must have the Power Mode Slider set to ‘best performance’. Microsoft's spokesperson added an important closing sentence "However, through power management design, the battery will never drain entirely, ensuring that users are able to keep working, creating or gaming." 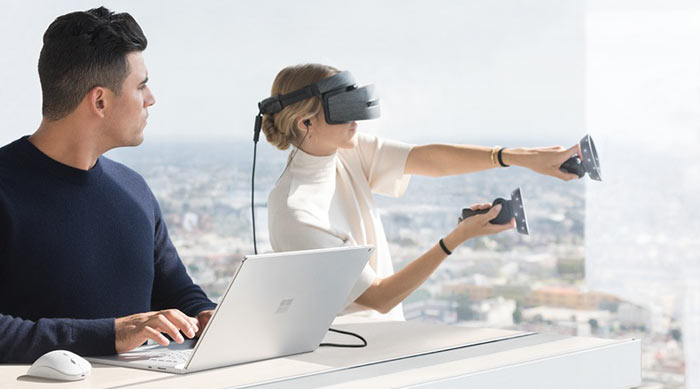 Further investigation by The Verge finds the root cause of the problem is down to the in-box charger (95W) not really being powerful enough for the Surface Book 2 components. It adds up the component power draw figures as follows: CPU 25W (bursting to 35W), and GPU 70 to 80W, totalling a figure as high as 115W.

The Verge concludes that the Surface Book 2 is clearly "not designed to be a gaming laptop" and that its power pack portability concessions mean that you can't play games at high resolution and high settings without some form of battery drain or throttling of the graphics card. Microsoft doesn't sound like it is looking for a fix for this power drain problem. From the statement above it appears to be content with its power management design.

Posted by philehidiot - Wed 22 Nov 2017 10:21
This is as barking as decision as the original i5 MacBook Airs which couldn't use the full power of the CPU due to thermal throttling hitting it so quickly.

It's just there for marketing. Crap.
Posted by LSG501 - Wed 22 Nov 2017 12:35
Well I won't be going after a surface book 2 anytime soon then (wasn't anyway but you get the idea) because it's not just gaming this will affect, it's ‘professional’ use like 3D rendering which can utilise both the cpu and gpu at full power with the right software.

IMO the whole point of a power supply, outside of the requisite charging the battery, on a laptop is to allow you to use it non stop without it running flat, not to ‘slow’ the use of the battery while it's being used… what happens if you need to take the laptop with you straight after you finished your intensive work which is quite possible seeing as it's a laptop.
Posted by excalibur1814 - Wed 22 Nov 2017 12:45
Did you know… that a selection of Asus and MSI laptops do the exact same thing.
Posted by Valantar - Wed 22 Nov 2017 12:59
The article this is based on uses FurMark for “game” stress tests, which is not in any way representative of actual gaming workloads. The article doesn't say so, but it's clearly visible from the thermal images. Power virus =/= game.

On the other hand, what do you really expect in a thin-and-light form factor like this? It's downright amazing that they fit a 1060 in there to begin with.
Posted by Valantar - Wed 22 Nov 2017 14:05
Another thing:

“Further investigation by The Verge finds the root cause of the problem is down to the in-box charger (95W) not really being powerful enough for the Surface Book 2 components. It adds up the component power draw figures as follows: CPU 25W (bursting to 35W), and GPU 70 to 80W, totalling a figure as high as 115W.”

this is just plain wrong. The PC in question is the 13" SB2, which according to MS runs its CPU at a 15W TDP (source: https://www.windowscentral.com/surface-book-2-tech-specs). The 15" version (which has a cooling fan in the tablet part for the CPU) runs it in 20W cTDP-up mode. Sure, the CPU can burst to 35W, but it'll never exceed 15W over any noticeable amount of time. The GPU will throttle as the cooling solution enters heat soak, too. Which is perfectly fine for a thin-and-light. This isn't a gaming PC.