Back in July, HEXUS reported upon the great success of Amazon's New World beta, but also on an unusual teething problem for PC gamers enjoying testing out this upcoming MMO. New World was programmed such that when a user entered the game menus the frame-rate was unlocked and this caused GPUs in some PC configurations to go crazy, running at full-pelt with max fans, coils whining, and so on.

Putting it bluntly, New World broke a number of GPUs that didn't have sensible frame rate limiting settings in place. Amazon fixed the issue quite quickly with a UI frame limiting game patch, without admitting responsibility. Meanwhile, it seemed like EVGA caught most of the flak on the hardware side – reports proliferated highlighting EVGA branded graphics cards were most severely affected, especially the top-end GeForce RTX 3090 models. EVGA did the right thing and set up an RMA process, allowing users to select 'New World' as the reason for dead video card swap-out, and it even sent out new GPUs to affected customers before bothering to receive the dead ones. 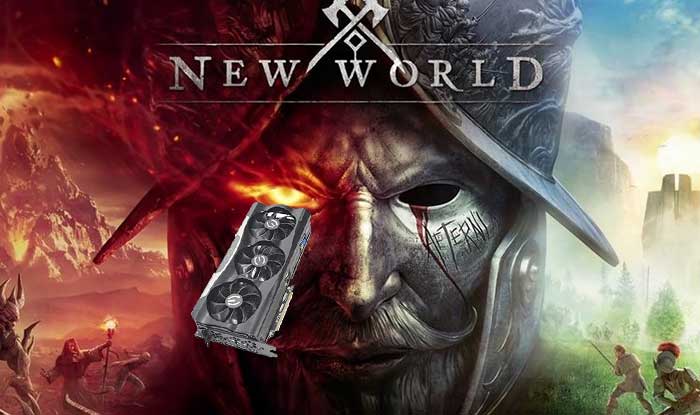 It is several weeks later, with the dust settled, and PCWorld has heard from EVGA about its analysis of the graphics cards problems caused / exposed by Amazon's New World. A spokesman told the magazine that the only GPU in its stables to be affected by the bricking issues were GeForce RTX 3090 cards. Apparently, only "about two dozen" GPUs were affected, and they were all early production models from 2020. 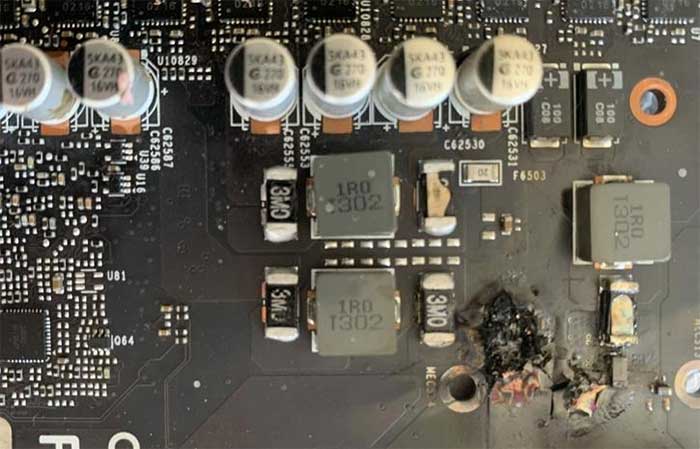 EVGA admits that the failure of some of its products was due to a "rare soldering issue," limited to the aforementioned early batch of RTX 3090s. More specifically, an X-ray PCB analysis of failed products revealed "poor workmanship" on soldering around the card’s MOSFET circuits. Elsewhere in the statement garnered by PC World, EVGA asserted that there was no fault present in its cooling system (or the fan controller, which was put under suspicion by Igor's Lab). EVGA has subsequently provided patches to its users to update its fan controller software, but this is for sensor monitor tool reporting errors, not for fan operation errors.

Last but not least, EVGA recommends customer download the latest EVGA Precision X1 accessory software which will determine if your GPU needs any updates, such as this fan microcontroller update.

Posted by kalniel - Thu 02 Sep 2021 11:27
Not what you expect on a $$$$ card!
Posted by Corky34 - Thu 02 Sep 2021 12:49
I get what you're saying but if we take money out of the equation I'm more sympathetic as even with the best will in the world things go wrong, that and how EVGA have handled the whole thing when compared to other recent tech company issues (NZXT, Gigabyte, SSD manufactures).
Posted by [GSV]Trig - Thu 02 Sep 2021 13:07
Poor workmanship, are these things not done by a machine then, I would have expected them to be, and as such the number of faulty cards to be higher as I suspect the machine would make a lot more cards than ‘two dozen’.
Seems odd to me..
Posted by philehidiot - Thu 02 Sep 2021 16:21
As per Corky, all manufactured products have issues. It's how the company handles it that makes the difference. By the sounds of it EVGA did very well.

As for the description of “poor workmanship”, I'd guess that's a quote from the person who checked the solder joins and found them wanting. Likely someone very experienced with hands on soldering. I can certainly imagine how these machines might have an intermittent fault. Soldering is one of those things where repeated process doesn't always yield repeatable results. Because my soldering iron hates me.
Posted by Iota - Thu 02 Sep 2021 17:29

'[GSV
Trig;4300249']Poor workmanship, are these things not done by a machine then, I would have expected them to be, and as such the number of faulty cards to be higher as I suspect the machine would make a lot more cards than ‘two dozen’.
Seems odd to me..

philehidiot
As per Corky, all manufactured products have issues. It's how the company handles it that makes the difference. By the sounds of it EVGA did very well.

Got to admit, at least EVGA don't duck and cover and actually deal with the problem properly.