Towards the end of the Where Gaming Begins: Ep. 4 unveiling event for the Radeon RX 6600 XT, AMD shared a slide proudly displaying a selection of cards from nine different partner firms. On the far left of the image below you can see the first AIB is ASRock, which is the only partner to display a single fan, and it is a much shorter card than any rival offers at this time.

At the time of writing, ASRock is yet to publish an overarching press release or individual product pages for its Radeon RX 6600 XT, but VideoCardz seems to have got its hands on details of this 'first' for the Radeon RX 6000 series, a first for RDNA 2 graphics cards. So, let us have a look at what ASRock has put together, as best we can. 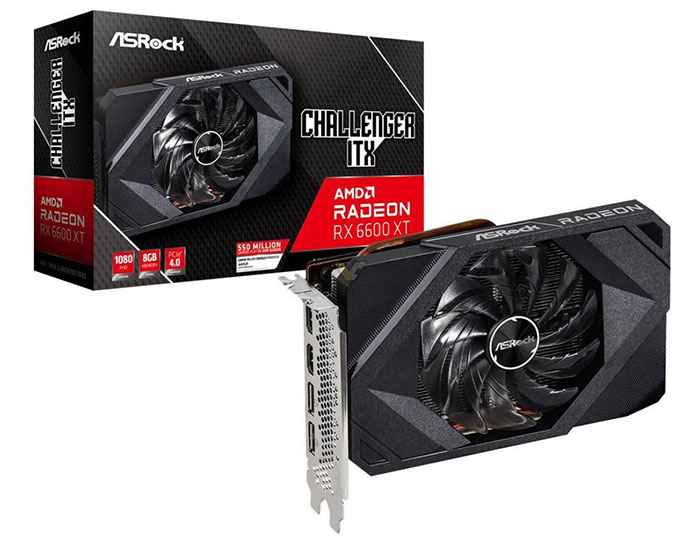 According to the source, ASRock will be releasing Phantom Gaming, Challenger Pro and Challenger ITX graphics cards based upon the RX 6600 XT (Navi 23 XT) GPU. The Challenger ITX features a single fan cooler, but appears to be configured entirely to reference specs; 2048 Stream Processors, 32MB of Infinity Cache, 1,968MHz base clock, 2,359MHz game clock and 2,589MHz boost clock, plus 8GB of GDDR6 memory across a 128-bit bus. 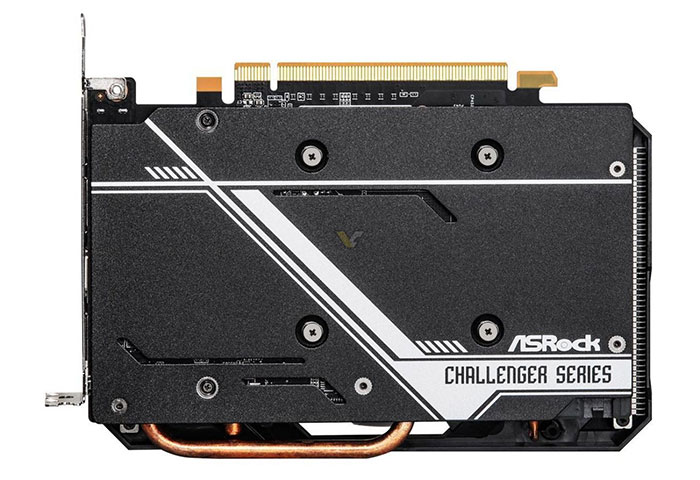 As well as being a stand-out design due to its size, VideoCardz says that the Challenger ITX features a non-standard selection of outputs; dual HDMI 2.1 and dual DisplayPort 1.4. A full length backplate is installed on this card, as you can see above.

Of course, size is very important to Mini-ITX buyers, so it is a shame we don't have the length of the Challenger ITX at this time. Using Photoshop, I decided to overlay the photo of the new Mini-ITX RX 6600 XT with a previous Mini-ITX card from ASRock (the RX 5500 XT Challenger ITX 8G). Knowing this previous gen card was 190mm long, the new gen Radeon appears to be the same or a tiny bit longer (perhaps as long as 195mm). 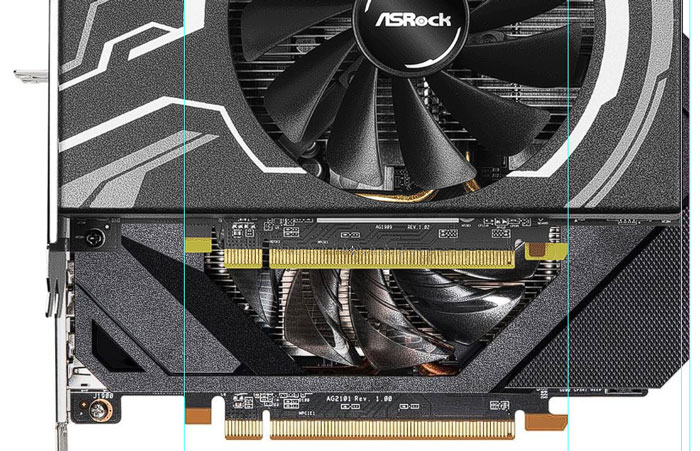 VideoCardz also had some details/pics of the ASRock RX 6600 XT Challenger Pro, a triple fan design with factory overclock of unknown amount. These two Challenger models, as well as the Phantom Gaming model, should be released on 11th August.

If you are looking / waiting for an Nvidia alternative to the above for an SFF build, at least three manufacturers make Nvidia GeForce RTX 3060 Mini-ITX graphics cards; MSI with the Aero ITX OC, Palit has a Storm X model, and Gainward a Pegasus model.