A PC enthusiast and YouTuber has shared a video of a memory modification of the Nvidia GeForce RTX 2070 which doubles the amount of GDDR6 installed and addressable on the card. Before we go on to talk about the feat it is worth noting that this is a complex mod with soldering involved, and it wasn't a 100 per cent successful feat due to performance factors and some apps not being stable.

The Nvidia GeForce RTX 2070 was launched back in August 2018 with the TU106 GPU and 8GB of GDDR6. The Super follow up didn't upgrade the memory quota, and neither did the new RTX 3070. Even the new GeForce RTX 3080 only ships with 10GB (GDDR6X) on board… So, interestingly, VIK-On can claim to be tinkering with the world's first 16GB GeForce graphics card.

YouTuber VIK-On's video is in Russian, but you can watch through with the auto-generated translated captions if you wish. After a preamble you can see him desolder the 8Gb Micron-made GDDR6 memory chips with a hot air gun. These are replaced by 16Gb Samsung-made memory chips VIK-On bought from AliExpress for $200. An additional important step taken by the tech YouTuber was to modify some resistor 'jumper' settings on the graphics card PCB. 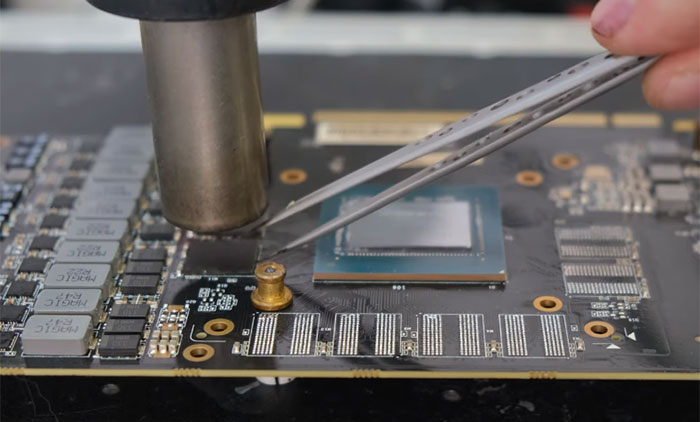 VideoCardz reports that VIK-On was guided by leaked Nvidia PCB diagrams for a GeForce RTX 3080 which outlined how to configure the board to support 16Gb memory modules. Luckily for VIK-On the BIOS didn't need to be tweaked as the card booted in a system successfully and system info and monitoring tools confirmed the 16GB of total VRAM.

The next step was, of course, to test the graphics card for stability and performance. Some benchmarks undertaken seem to demonstrate that the RTX 2070 16GB works ably by completing their runs. For example, VIK-On reported test results from the likes of 3DMark Time Spy albeit with a 30 per cent slower result than the RTX 2070 8GB. However, FurMark isn't so stable and needed a bit of tinkering to get it to run and complete a benchmark. 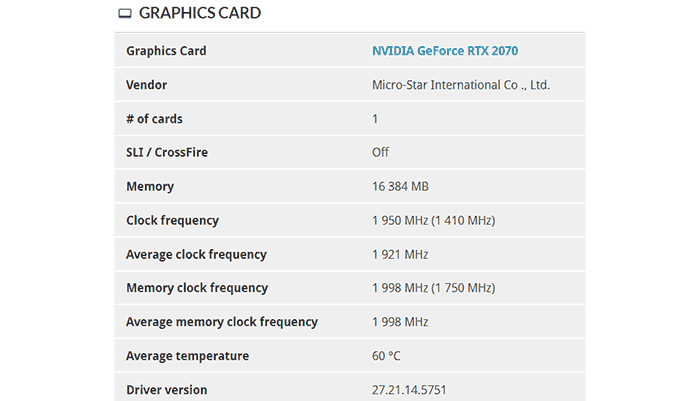 To conclude, the modification is interesting but probably won't be followed up by many unless VIK-On can work more on his mod to demonstrate greater app and gaming stability – and also address the reduced performance seen in this video.