The evidence that Nvidia and its AIB partners are queuing up the GeForce RTX 3060 Ti graphics card for imminent release has grown significantly weightier in the last few hours as VideoCardz has secured what appears to be an Nvidia presentation slide supporting this GPU's launch, and Inno3D accidentally listed at least two GeForce RTX 3060 Ti models in its product pages.

This purported presentation slide is an eye opener. As you can see the headlining new from Nvidia is that the new Nvidia GeForce RTX 3060 Ti is faster than the previous gen RTX 2080 Super. That achievement seems pretty consistent across gaming and 3D rendering. Moreover the new 3060 Ti is a significant leg-up compared to the RTX 2060 Super that one might say that it succeeds. 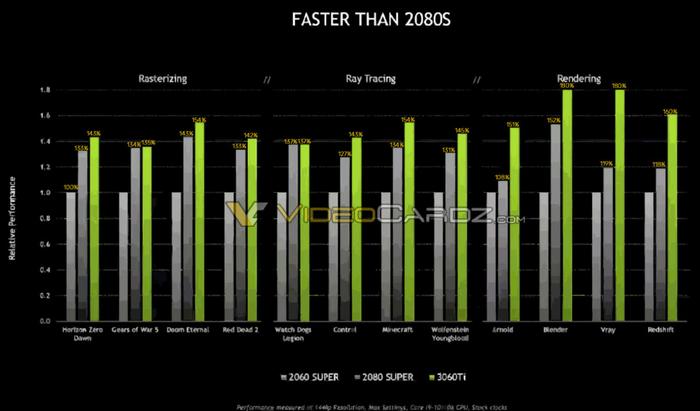 The slide isn't that easy to read, even if you click to view it at 100 per cent. The smallest text at the foot of the slide appears to say that all tests were run at 1440p with max settings in a system packing an Intel Core i9-10900K at stock clocks.

Moving on, wouldn't it be good to see the as yet unannounced GeForce RTX 3060 Ti specs confirmed? Thanks to Inno3D we now have what should reliably be the final shipping specs for the first AIB models. The key GPU specs, which appear to confirm earlier leaks, are 4,864 CUDA cores, with 152 Tensor cores, and 38 RT cores. GPU base clock is 1.41GHz, and it boosts to 1.67GHz. Meanwhile, the 8GB of GDDR6 memory, on a 256-bit bus, delivers 448GB/s bandwidth. It is expected to be a sub-200W graphics card. Currently the rumour mill points to a release date of Wednesday, 2nd December – just over a fortnight from now. 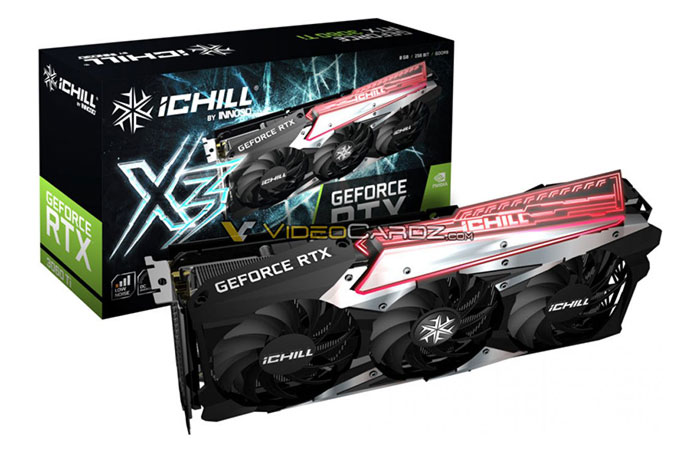 It looks like Inno3D is preparing at least two GeForce RTX 3060 Ti models, based upon its iChill x3 and Twin x2 cooler designs. Unfortunately Inno3D has now taken down its listings. 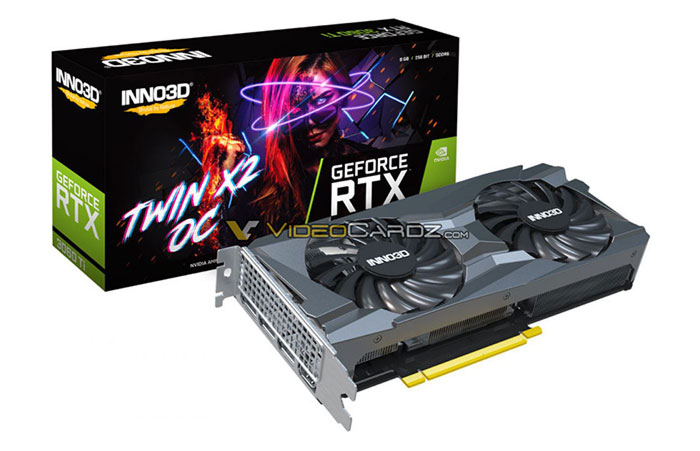 If all the above materialises then gamers and enthusiasts will have an RTX 2080 Super beating GPU with 8GB of VRAM for under US$400. Fingers crossed for good availability this time around for what could be a very high volume product.