You are here:
Graphics Enterprise News

On Friday, Nvidia announced that it would publish its GTC 2020 keynote address, featuring founder and CEO Jensen Huang. Those interested in digesting the news ASAP will be able to head on over to Nvidia's YouTube channel at 6am PT (2pm BST) on Thursday 14th May, when the pre-recorded video is scheduled to become available. The official Nvidia blog teases that virtual attendees will "Get Amped" about the announcements within the keynote, which is a clear reference to the Ampere GPU. 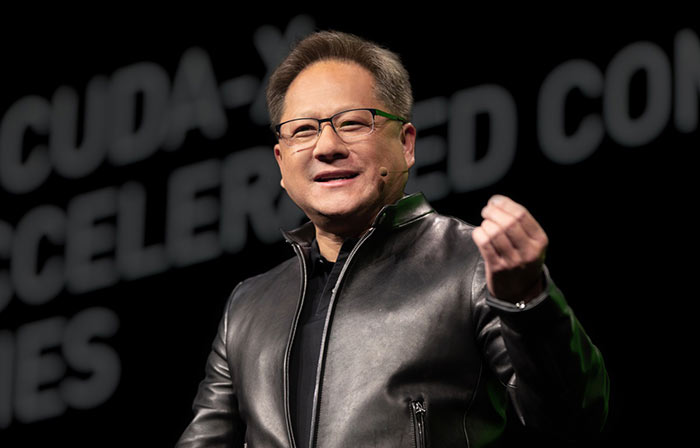 Nvidia watchers will be well aware that the keynote being teased was originally scheduled for 23rd March. However, conferences and exhibitions from Feb onwards all seem to have been cancelled, made virtual, or postponed due to Covid-19 concerns. The event was widely tipped to be the launching platform for Ampere GPUs. PC enthusiasts are particularly eager to hear about new consumer graphics cards from Nvidia and were expecting the high-end models to be announced first; the GeForce RTX 3080 Ti and RTX 3080, with the RTX 3070 as a possibility too.

In its official release no specific reveal is confirmed. Instead Nvidia blandly describes the keynote as highlighting "the company’s latest innovations in AI, high performance computing, data science, autonomous machines, healthcare and graphics".

Initially announced back in March 2019, Nvidia has today completed its acquisition of Mellanox Technologies, Ltd. HPC news watchers will be well aware of Mellanox, which has cemented a place in the industry with its high-performance Infiniband networking technology, a vital component in many big name supercomputers in the Top500.

In a canned statement, Nvidia CEO Jensen Huang talked about the expanding use of AI and data science and its impact on data centre architectures. The acquisition will mean Nvidia enjoys greater vertical integration in this industry. "With Mellanox, the new NVIDIA has end-to-end technologies from AI computing to networking, full-stack offerings from processors to software, and significant scale to advance next-generation data centers," said Huang. It is hoped that the combined expertise will lead to syngergies.

Friesiansam
What is “Get Amped”? Putting a finger in a light socket and switching on?

LSG501
Got to be honest, it would be nice to see the prices come down this time (please be decent competition AMD, I'm stuck with Nvidia due to cuda)… sadly I just can't see it happening, in fact I'm expecting even higher prices.