It looks like Nvidia will soon pump up the graphics available to mobile gamers shortly. A leaked slide purported to show comparative performance of the Nvidia GeForce RTX 2080 Super and RTX 2070 Super for laptops shows some very worthwhile gains vs the currently available roster of laptop graphics from the green team.

PCGamesN shared the slide (embedded below) which it observes misses out laptops featuring the RTX 2080 (non-Super) - perhaps that result would have made the presentation slide less impactful. Peeking closer at the leaked slide, we can see the X-axis features a 'relative performance' scale. Nvidia appears to assert that 1x is equivalent to the performance of the iGPU on a 10th gen Intel Core-H Series chip. Coincidentally 1x is the performance of the GTX 1050 too. 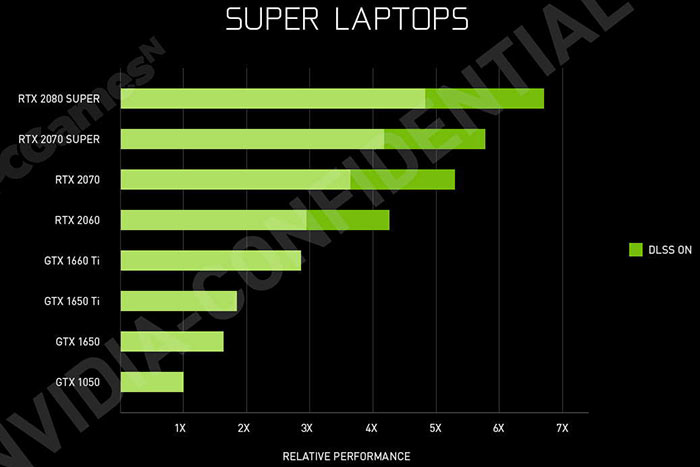 The relative performance results were distilled by benchmark runs in Control, Wolfenstein: Youngblood, and Deliver us to the Moon at max settings. All the test systems ran the games at 1080p max settings and had 16GB of system RAM and Windows 10.

Another feature highlighted by the slide is the performance benefit of DLSS. Only RTX20 GPUs are capable of using this image smoothing feature which makes use of deep learning tech. The top performing RTX 2080 Super for laptops is nearly 7x faster than the baseline with DLSS applied in the modern games selection. 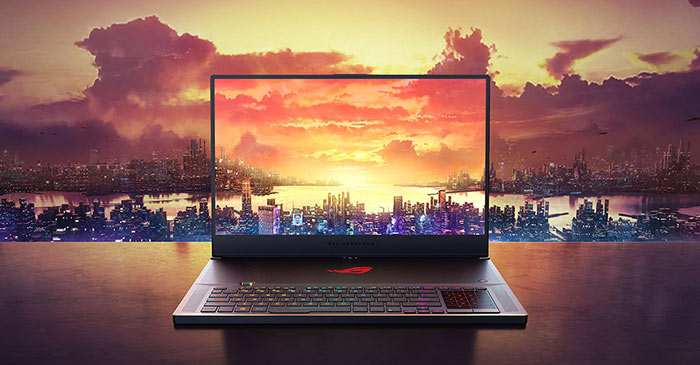 Rumours point to a launch of the new RTX Super laptops later this month. Perhaps they will break cover at what is now the online-only GTC 2020 show (22nd to 26th March).

Posted by KultiVator - Wed 04 Mar 2020 11:57
The RTX 2080 Super paired with a Ryzen 4800H/HS or 4900H/HS CPU with a nice IPS panel in a 15“ / 17” chassis… that's the dream combo for me right now (at least until Big Navi arrives and we get a sense of whether AMD have improved their video drivers enough to make ownership a pleasure).
Posted by philehidiot - Wed 04 Mar 2020 13:28
Interesting that this leaks just after the AMD Big Navi leaks show awesome potential mobile performance. Very interesting, indeed.

I'm really hopeful for Big Navi but it has to be remembered that even when AMD has produced superior cards to Nvidia, they have never won market share as a result of that. They need a good product but they then need to back it up with decent marketing.

Since Nvidia's latest anti-consumer tactics, they are ultimately off my shopping list for a good couple of generations.