Apple's next generation 'Apple Silicon' processors started to roll off mass production lines this month, according to sources speaking to Nikkei Asia. The insiders indicate that shipments of the new chips, tentatively dubbed 'Apple M2 processors' could begin in July. That would allow Apple to release new/refreshed MacBooks and other form factors in H2 this year, hastening its transition from the Intel x86 architecture.

The M2 is being produced by TSMC on its latest 5-nanometer plus, or N5P, process. However, neither Apple nor TSMC would comment on the Nikkei Asia report. With the insider info being reported in Taipei, it looks like the leaky side of the equation is at TSMC or one of the companies that work closely with it.

Understandably there isn't a lot of info about the M2 around. The source says it is an SoC like its predecessor. This type of chip integrates CPU, GPU, and other accelerators and I/O in the same package. With the M1 there was even memory on die, facilitating fast and flexible processor-memory I/O from the unified memory pool, but making the 8GB or 16GB Mac you bought not upgradable in this respect. 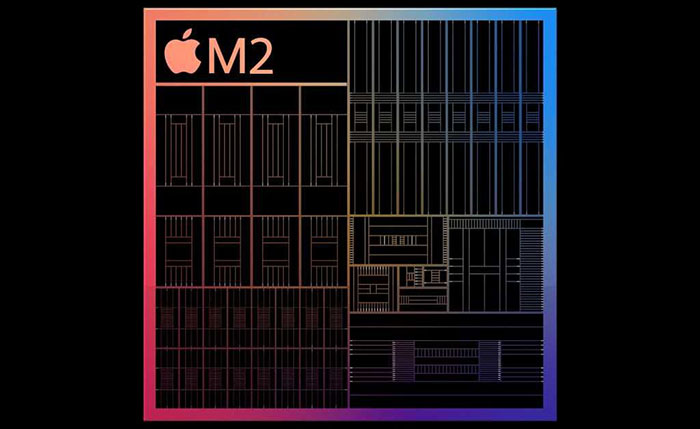 Apple recently launched refreshed iPad Pro and iMac computer models featuring the Apple M1. The consensus seems to be that the M1 Macs are an improvement, with peppy performance in CPU and graphics, with noticeably better battery life, where that applies. We don't have any data pointing to the extra capabilities and/or performance that will be available with the M2 but with its progress so far it doesn't look like it is going to misfire. I guess we might start to see some leaked specs and performance indicators after July.

Posted by yeeeeman - Wed 28 Apr 2021 13:26
These news are so sterile. I could create myself a few more. M3 is in the final stages of sending to tapeout. M4 is in the architecture phase. And M5 has just been launched by bmw :))))
Posted by lumireleon - Thu 29 Apr 2021 07:11
M5 has just been launched by bmw :))))………check engine light.
Posted by tapmybuttons - Thu 29 Apr 2021 17:04
Cant lie the fact that Apple is creating their own chips and its competitive with Intel and AMD has made an Apple Macbook a stronger consideration for me
Posted by John_Amstrad - Mon 03 May 2021 10:28
Maybe. in M3, they could manage to integrate a water cooler inside the chip so that their customers don't have the right of CHOICE. Apple for ever!
Posted by cybermarketingservices - Thu 06 May 2021 19:21