Noctua is one of the leaders in PC CPU air cooling technology so it is quite interesting to take a look at its product roadmap from time to time. The Austrian firm recently updated this roadmap, as spotted by @momomo_us on Twitter. Please read on for some analysis of cool things to come.

We just saw Noctua officially launch the long-awaited NH-P1 passive cooler at US$110, so thankfully that has dropped off the back of the roadmap now. Next up, in Q3 this year, Noctua is preparing to launch coolers for the Intel LGA 4189 socket. These are destined for systems packing Intel's Xeon Cooper Lake-SP, or Xeon Ice Lake-SP processors, and might also be compatible with the LGA 4677 socket which is being prepared for the successor to Sapphire Rapids. 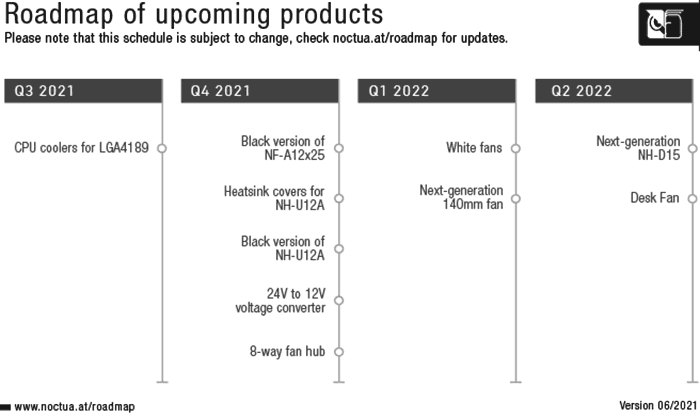 Before the year is out, Noctua plans to release a black NF-A12 x25 fan, a black version of its NH-U12A, and well as some heatsink covers for its NH-U12A. Heatsink covers aren't like tea cosies - they are aluminium constructed covers with powder coated finishes to provide a stealthier look to your cooling system and should have a neutral thermal impact. An example black Noctua heatsink cover can be seen here. On the topic of the NH-U12A, HEXUS reviewed the "new standard for 120mm coolers" back in May 2019 – in the traditional Noctua hazelnut and cream colour scheme.

Early next year, Noctua will start to release white fans for PC DIYers, as well as launch a "next generation 140mm fan." Moving into Q2 2022, expect to see news of the next generation NH-015. Again, the NH-15 has been in the HEXUS labs. We originally reviewed the NH-15 CPU cooler way back in April 2014, and followed-up by the Noctua NH-D15 chromax.black in April last year (pictured below). 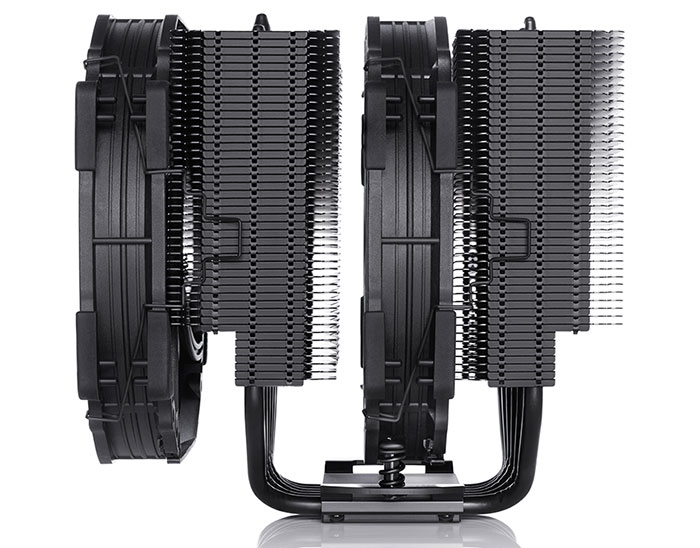 Last and perhaps least, Noctua plans a desk fan for Q2 2022. I could do with one of those in the coming months, and it would be better for Noctua to get it out ahead of next summer if possible.

Please remember that, as with roadmaps from many companies, Noctua's schedules can slip or change.