The new Nexus 7 tablet unveiled recently by Google is, as you all will know, being manufactured by ASUS. The $199 tablet owes a lot of its attractiveness to the keen price it is being sold for. Now ASUS admit that the Nexus 7 is being sold at cost price.

In a report on Focus Taiwan, Credit Suisse analyst Thompson Wu asks the obvious question “Nexus selling at cost should not be a surprise to the market, but it begs the question why Asustek co-developed this product”. But he thinks he knows the answer… “We believe Asustek realizes that in a market where OEMs have limited opportunity to differentiate without content and operating systems, it's demonstrating its edge via research and development and innovation, while building upon its brand value”. However though the above might be a wise move by ASUS Mr Wu has revised the 2Q revenue growth forecast down by five per cent.

ASUS is looking longer term with the aspiration to build up its brand name. Preferred brands have the ability to charge more for their products, indeed it can go much further, some brands develop into prestige brands and can charge huge mark-ups on their products. If the Nexus 7 devices prove solid and reliable in end user’s hands it will introduce a lot of customers to the ASUS brand who might look to them for their next smartphone, monitor, computer system etc. 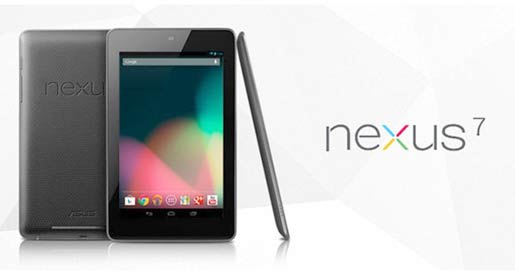 Another factor may work in ASUS’s favour. When something goes into production it is usually cheaper to make lots and lots of them – the economies of scale come into play. So over the lifetime of the Nexus 7, should it be a success, ASUS will be able to make the devices for lower costs while the price to the end users may reduce at a slower rate. Also computers and tech products usually get cheaper to make because of advances in miniaturisation and manufacturing techniques. Good luck to ASUS for taking this chance.

Posted by jimbouk - Mon 02 Jul 2012 12:49
Sounds like a good plan. Asus used to make some nice looking smartphones but they've been quiet for a while.
Posted by wombat - Mon 02 Jul 2012 14:02
Well they have a pretty good reputation amongst system builders and if I recall correctly they've made some decent laptops for others. As a marque though they aren't very well known to Joe public. Niece was looking for a laptop a few months ago and I suggested looking at the Asus ones along with the usual similar priced HP and others. Happily came away with the Asus, seems fairly solid, runs cool with an ok looking panel and dare I say it…had I bit of design flair too.
Posted by crossy - Mon 02 Jul 2012 14:04

When something goes into production it is usually cheaper to make lots and lots of them – the economies of scale come into play. So over the lifetime of the Nexus 7, should it be a success, ASUS will be able to make the devices for lower costs while the price to the end users may reduce at a slower rate.

So what you're saying is that despite being “@ cost” now, Asus is playing the long game and expecting to come out ahead over the lifetime of the product? If so, then that seems like a sensible, albeit risky (cough, cough, Apple's legal department), strategy.

Got to say that the big plus for Asus surely has to be that they're going to get a better/closer relationship with Google out of this. If so, then it stands to reason that future Asus devices (e.g. whatever comes after the current Transformer Infinity) will have better implementations of future Android OS's, e.g. Key Lime, etc. Which - from my point of view - makes it even more of a certainty that the replacement for my much-liked Transformer tablet will also be from Asus.

Although if Asus UK is reading this, then a trade-in programme for my TF101 would make it a dead certainty! :mrgreen:

I quite like Asus - their support isn't the best, but I've had few problems with their motherboards and video cards. I've even given thought to replacing my (misbehaving) Cisco E4200 router with one of Asus' new 802.11n ones (56U or 66U).
Posted by billybear - Mon 02 Jul 2012 15:05
It's a pitty that Asus couldn't have squeezed a Micro SD card slot into the price. I'm sure it could of been done.
Posted by wombat - Mon 02 Jul 2012 15:37
Yeah, no memory slot is a bit of a bummer, though I suspect in the push for the cloud Google may have defined the specs.