We featured the appealing new XPS 13 in HEXUS news on Friday; it was detailed by Dell ahead of the CES 2020 which is now in full swing. A few hours ago Dell held its #DellExperience event at the CES and began its presentation with that enticing new laptop. Other new products on the menu include a number of monitors, a new Dell Latitude for business professionals and a trio of concept devices.

While many other firms typically show off concept devices to wow the CES crowds, it isn't something that Dell has previously done. This year it seems to be feeling frisky with not one but three concept devices which provide a "glimpse into our thoughts on what could become the future of the personal computer ". The trio of devices are the; Alienware Concept UFO, Dell Concept Duet, and Dell Concept Ori.

You can see the unveiling and demonstration of Concept UFO in the #DellExperience video embedded top by fast forwarding to 56mins and 10sec. Though the presentation mentions that a 10-inch screen is perfect for such a device, the Dell Blog says Concept UFO is built around an 8-inch screen. As you can see it is sandwiched between detachable controllers that can come together separately - very Switch-like. 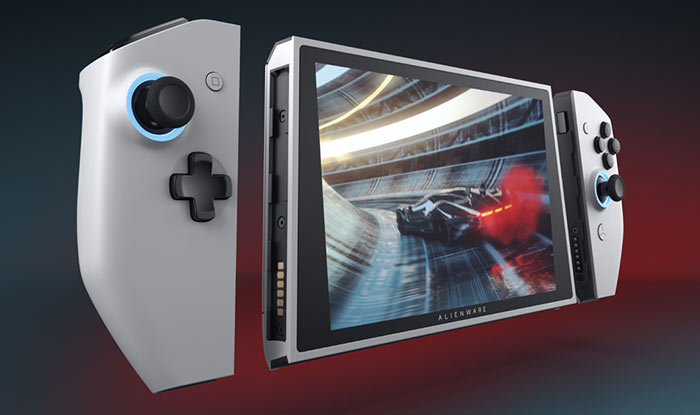 We don't have a lot of tech spec for this handheld entertainment device. Dell says the screen is 1900×1200 pixels. Inside the current iteration of the design, which has been refined over several months by Dell / Alienware engineers, is a 10th Generation Intel Core processor with Wi-Fi, Bluetooth, and Thunderbolt provided by that platform. 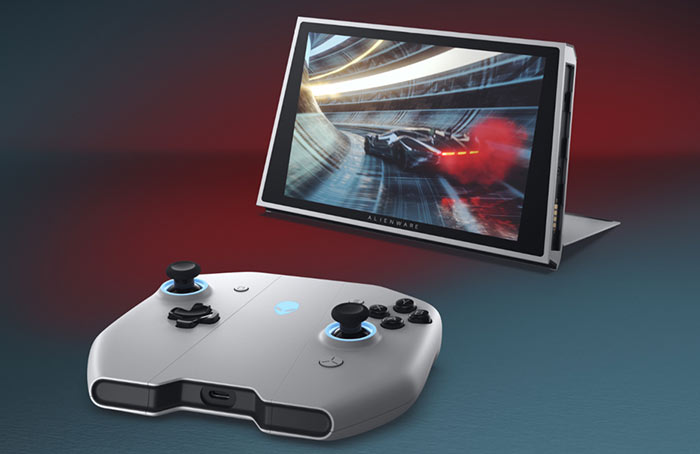 There have been some third party hands-on videos with Concept UFO should you care to see more, and from a third party perspective. CNet, for example, reported that the Concept UFO had a very high degree of fit and polish, unlike it is accustomed to with prototypes. Perhaps just as importantly the CNet reported tested out World War Z and found it to be "surprisingly playable". Another site, Engadget, said it was able to run F1 Racing at faster than 30FPS and World War Z at "close to 60FPS".

These are foldable devices aimed at different niches. Concept Duet (main video 49.33) is a dual screen device with two 13.4-inch displays. Of course the displays are touch and stylus enabled and Dell foresees selling it to its business customers for productivity benefits where screen area is paramount, plus good multitasking with the form factor allowing users to host conference calls, check emails and take notes simultaneously. 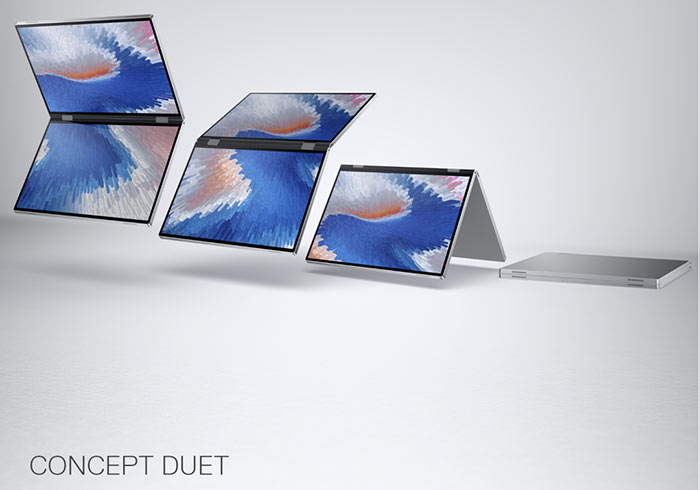 Concept Ori (main video 51.43) majors on portability with a single folding in half 13-inch screen providing a seamless touch and pen driven experience. It folds into a small notebook sized package that is very easy to pop in a bag. 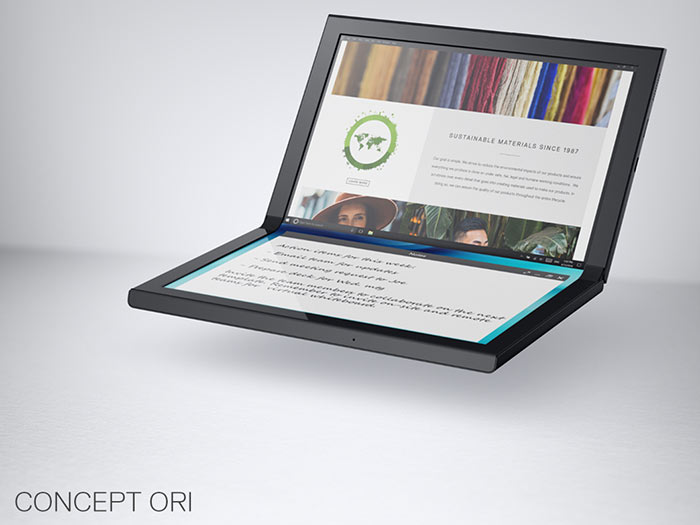 ValkyrieTsukiko
*sniff sniff* Do i smell a copyright/trademark infringement incoming?

Maybe not for a prototype that is not going into production.