At the end of the E3 2014 expo a new gaming device almost slipped past us, unnoticed. However here's something very promising for PC gamers who also enjoy handheld gaming, two worlds which previously haven't really mixed very well. Clasp your eyes on the Steamboy Project in the promo video below.

While the video doesn't show us very much, and the website is basically the above video pasted into an HTML page, we do get a brief description in the YouTube video 'about' section which instructs us to "Go where your games take you". It goes on to say: "There's a new Machine in town and it's a game changer. With amazing power and unrivalled connectivity, Steamboy lets you take your Steam titles anywhere you want. Stay alert! Steamboy is coming... Note: Steamboy Project is being developed by Steamboy Machine Team, a third party, not by Valve Corporation." Luckily the Escapist magazine has had words with the team behind the Steamboy Project and managed to extract some hardware specifications for us. This helps us get a much better feel for what is on offer:

The quad-core CPU at the heart of the system remains an unknown, however that might be as it is yet to be finalised and it might be a currently unreleased chip. This will be a critical choice as the processor is probably going to be relying on its integrated graphics capability. A representative from the Steamboy Project explained to The Escapist that "SteamBoy won't be as powerful as other announced Steam Machines in the same way [the] Nintendo 3DS or PS Vita performance is not comparable to Wii U or PlayStation 4". However they did confirm that "...it will be possible to play the majority of current games in Steam". So it's not just going to be streaming Steam games which run on your PC, it will be playing them using its own hardware grunt.

This handheld is slated as a vague 2015 release. Hopefully we will hear and see more about the project as Valve finalises its controller designs.

Posted by Jenny_Y8S - Mon 16 Jun 2014 09:43
Why not even a mention that is almost certainly completely fake? It's just a low poly 3D rendering, a Michael Bay soundalike baseline and a buggy website owned by some guy in Spain called Antonio De La Torre Perez.

There's no evidence of there being a company, a prototype, a funding model, a manufacturing model, an agreement with Valve… or ANYTHING.

This is the internet. Come on Hexus have a little bit of editorial integrity have some scepticism when it comes to stories like this. This constant regurgitation of press releases and articles copied from others is getting old real quick.

I call Fake., why didn't you?
Posted by crossy - Mon 16 Jun 2014 10:57
Colour me dubious on this one - no mention of any kind of specs other than this video. No details on the team doing it. I think this is vapourware.

Jenny_Y8S
This is the internet. Come on Hexus have a little bit of editorial integrity have some scepticism when it comes to stories like this. This constant regurgitation of press releases and articles copied from others is getting old real quick.

To kind of back Hexus, other websites, like DigitalDownloaded have also been general favourable and not critical. There's also some doubts about the video itself - it claims to be an E3 video, but opinion is divided whether it was actually shown at the show, or just launched to coincide with the show dates. Majority seem to be of the latter opinion.

Like you, I'd be a LOT more impressed with even a LITTLE more detail. Heck, they should be able to say if this is going to be x86 at least, which would seem like a pretty sure bet.

(Interesting aside, I couldn't reply to Jenny_Y8S comment from the usual forums link - it was showing as no comments. But the comments section of the article WAS showing the comment)
Posted by Funkstar - Mon 16 Jun 2014 11:03 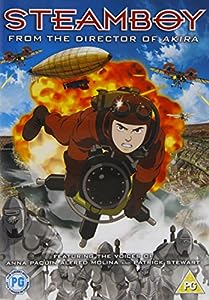 I can back this claim up!
Posted by ShiftyStu - Mon 16 Jun 2014 12:09
This would be awesome if it did happen though.Still not sure how well PC dedicated games will work with a controller