Valve has published a blog post about the use of games controllers in Steam. There are two major pieces of news in the blog. Firstly Valve's stats indicate that the daily average number of Steam users playing games with controllers has doubled over the last two years. Secondly the PlayStation 5 DualSense Controller is now fully supported by games that use the Steam Input API. Yes, that includes all the special features of the PS5 controller – its LED, trackpad, rumble and gyro functions (however Valve didn't mention was made of the Adaptive Triggers). 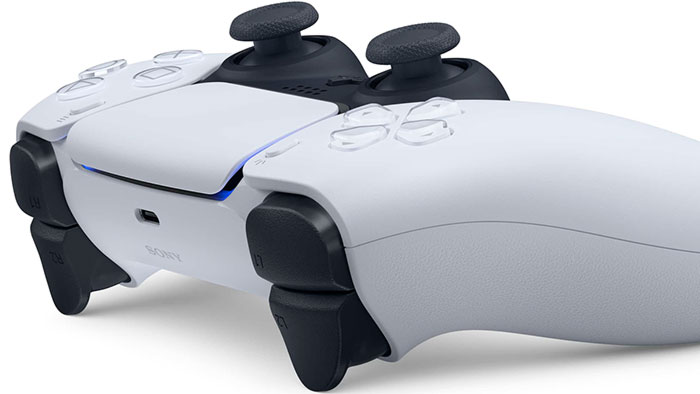 One of the touted advantages of the Sony PS5 vs the Microsoft Xbox Series X/S in the reignited console wars is that Sony's controller delivers greater advancement, while Microsoft's is a solid but uninspiring evolution. Valve has been pretty quick off the mark to integrate support for the PlayStation 5 DualSense Controller and only last week introduced beta support for it in Steam, though with some new features missing.

This week Valve has announced that "full support for the LED, trackpad, rumble and gyro features are available now". The controller and these advanced features work in "all games currently using the Steam Input API," says Valve. Unfortunately it seems to have omitted mention of an important headlining feature of the new DualSense Controller - Adaptive Triggers.

If you are interested in trying a new PS5 controller and its advanced features in Steam games please download the 'public beta Steam desktop client'. If that sounds a bit risky / fiddly for you just wait for it to go prime time, when it will have passed successfully through user testing.

Nollauno
I would like to see this broken down by age.

What's age got to do with it? Surely it's more about what kind of games you have on steam - driving and arcade games are better suited to controllers than isometric RPGs for eg.
Posted by QuorTek - Wed 25 Nov 2020 16:58
Uhm Keyboard and Mouse is also controllers, I do got a full HOTASS system as well and a flight yoke and even a couple of joypads.

They are all usefull controllers which I use for things where they seem like the best solution, what about it really?

QuorTek
Uhm Keyboard and Mouse is also controllers, I do got a full HOTASS system as well and a flight yoke and even a couple of joypads..

The same way RAM and SSD are both classified as storage and memory?

It's the accepted applied use of terminology, you're not wrong that a mouse and keyboard are controllers, they're just contextually controllers in the accepted sense.
Posted by Iota - Wed 25 Nov 2020 17:17

Nollauno
I would like to see this broken down by age.

Well, I'm old. I use a controller for racing games / RPG titles like Batman / Darksiders etc.

Certainly nothing to do with age.