Borderlands 3 controversially arrived as an Epic Games Store exclusive back on 13th September 2019. However, the displeasure of some fans didn't stop the game becoming 2K Games' fastest selling title ever - tallying 5m sales in its first five days. Now, the game's release date on Steam has been confirmed; 13th March 2020, six months after its first availability on the EGS, as expected.

You can now head on over to the Steam Store and see Borderlands 3 listed. It isn't pre-orderable there at the time of writing but you could add it to your wish list to get an alert when it becomes available. On the Steam store page you can check out videos, screenshots, plot synopsys, and minimum and recommended specs - as per usual. 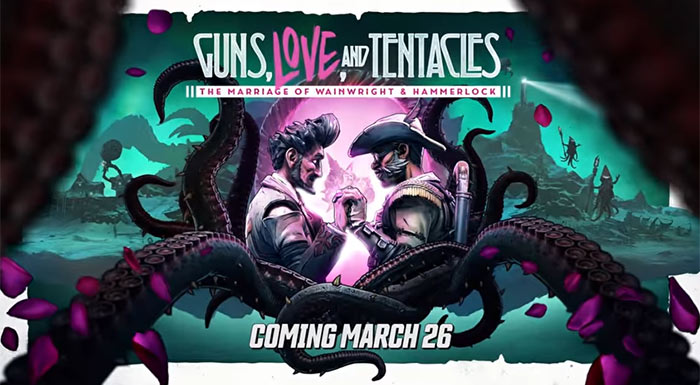 In November Gearbox released the first expansion pack for Borderlands 3, available separately or as Season Pass / Deluxe bonus content. HEXUS reported upon the Moxxi's Heist of the Handsome Jackpot, sharing info about the new missions, enemies, loot and so on. Now Gearbox has announced the second (of four) expansion packs from the game. It will be out shortly after Borderlands 3 arrives on the PC Steam store, on 26th March to be exact. 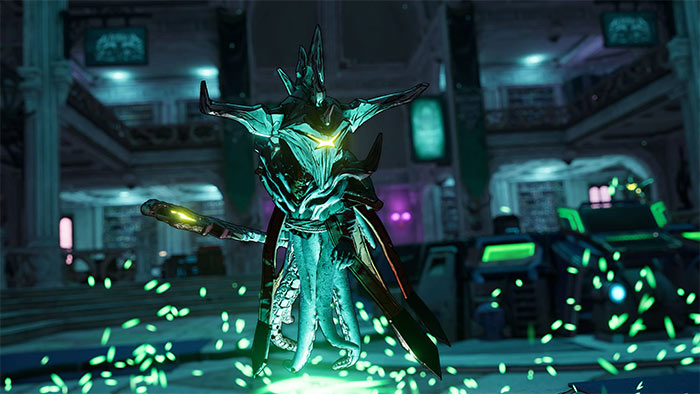 Guns, Love, and Tentacles: The Marriage of Wainwright & Hammerlock is the name of the second expansion and it is set on an all new windswept ice planet of Xylourgos. Your character will be there for the festivities surrounding the marriage and will contain a wide selection of challenges and possible rewards.

New in Guns, Love, and Tentacles are various combative "mutated rock slugs, ferocious wolven, and occultists with eldritch powers," as well as cursed townsfolk, bandits and so on. You will have to deal with these entities in order for the wedding go smoothly.

If you enjoyed playing as Mechromancer Gaige in Borderlands 2, she and her action skill BFF robot Deathtrap will be back.