Fans of the XCOM turn-based sci-fi strategy gaming titles will be pleased to learn of "a new XCOM experience" becoming available next week (on Friday 24th April). A standalone expansion for PC gamers is being readied, is now available for pre-order, and it is called XCOM: Chimera Squad. 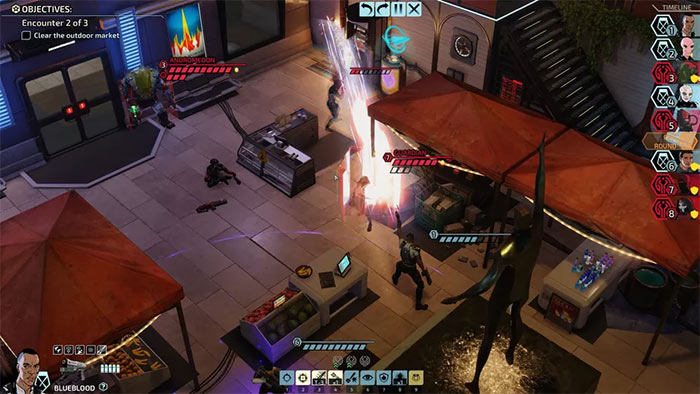 The headlining appeal of Chimera Squad is that it "delivers an all-new story and turn-based tactical combat experience in the XCOM universe." The game features a group of 11 characters, the titular Chimera Squad, in a new location called City 31. As you might expect, the characters have a variety of combat specialisations and are veterans from the ranks of human and alien forces - providing a good broad base in the turn-based strategic combat. New this time around is the featuring of breach-and-clear gameplay to complete your mission objectives.

Coincidentally, XCOM series publisher 2K Games currently has a big bundle of games available via Humble Bundle. The Humble 2K's Game Together Bundle features the traditional triple tiers starting from £1 for 4 games, moving up to the average price (currently £9.49) for another 4 titles, and then expandable to 14 titles in total, as well as lots of DLCs for £16.

The bundle tiers are as follows:

Humble says that this bundle supports the International Medical Corps via the PayPal Giving Fund. By default 80 per cent of your chosen payment goes to this charity and the rest is allocated as a Humble tip. This allocation is adjustable by you, as a purchaser, before you checkout, if you wish.

Posted by Iota - Wed 15 Apr 2020 17:03
Loved XCOM 2, not sure about this one though, they've changed it from a squad turn based game to individual units turn based.
Posted by Corky34 - Thu 16 Apr 2020 06:32
Have to agree, there's something's that seem really interesting but others that put me right off, on the other hand it's only £10 (at least for a while), that's a darn site cheaper than Gears Tactics.