The release of RAGE 2 is just 10 days away and publisher Bethesda has started to promote the title in earnest. A particularly alluring promotion for an ex-Dreamcast owner like me is the RAGE 2 custom-PC in a Dreamcast chassis giveaway on Twitter. Bethesda has also divulged the PC minimum and recommended specs for you to check over. 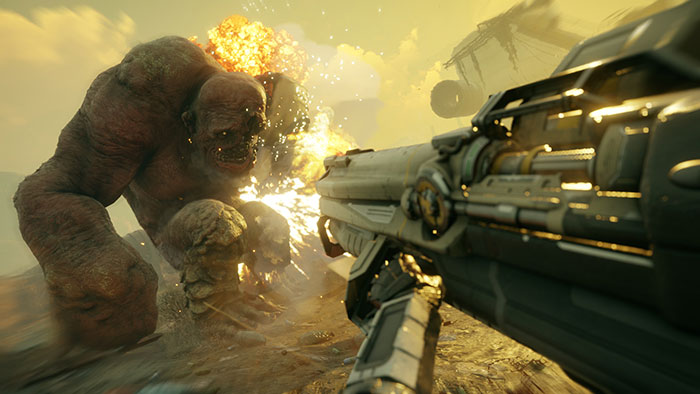 To recap, if you haven't heard of RAGE 2, this game is an FPS game described by the designers as "a carnival of carnage where you can go anywhere, shoot anything, and explode everything". As well as combat on foot, the game appears to feature extensive vehicular-based combat sequences.

RAGE 2 is a co-development between "Avalanche Studios, masters of open world insanity, and id Software, creators of the first-person shooter" so this post-asteroid-apocalypse wasteland shooter has a lot of pedigree to live up to.

I've tabulated the minimum and recommended PC specs which were recently shared on the official Steam page, below: 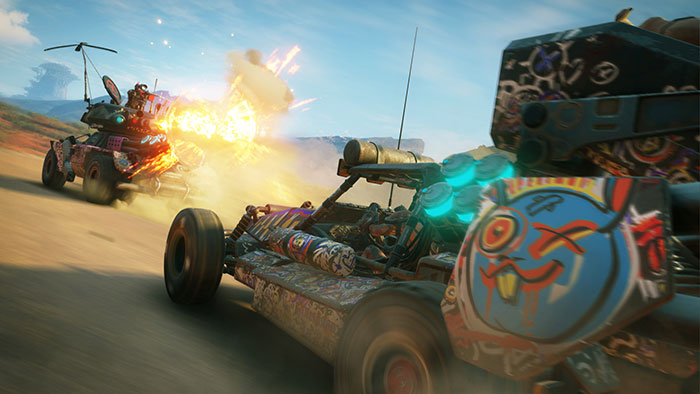 There are additional visual features available for customising your experience: 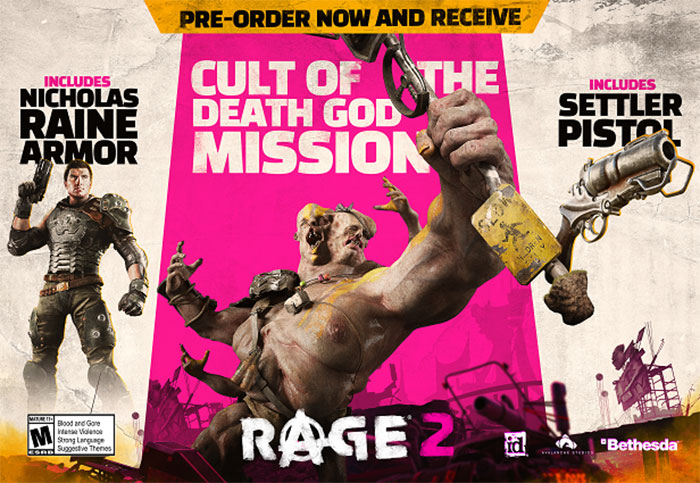 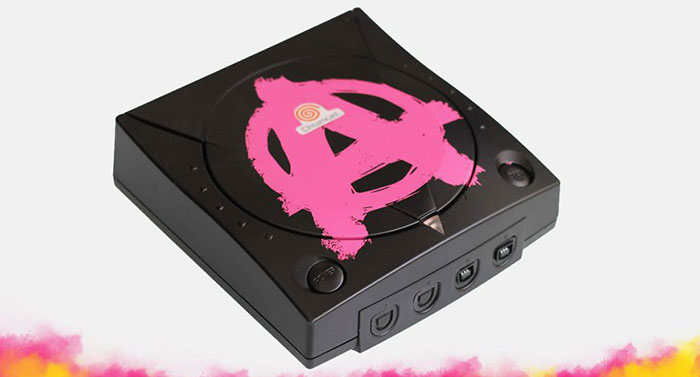 Bethesda is giving away this custom PC to one lucky Twitter follower and re-Tweeter on 6th May, so there's still time to participate today or at the weekend. A follow-up photo, as reproduced below, made it clear this isn't a Dreamcast port of RAGE 2 but an HDMI connected PC. 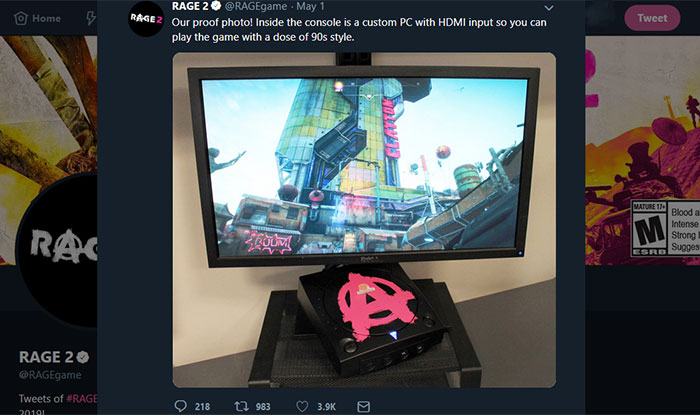 You can now pre-order the game on PC (Steam or Bethesda.net), or for Xbox One or PlayStation 4. RAGE 2 launches on 14th May.

Posted by ultrasbm - Sat 04 May 2019 14:33
Hmm I'm special.
Posted by Lord Midas - Sat 04 May 2019 22:23
Ray tracing and HDR aren't part of the deal. Shame
Posted by DemonHighwayman - Sun 05 May 2019 07:48
Am I missing something ? what has the Sega Dreamcast got to do with the Rage Franchise ?
Posted by siu99spj - Mon 06 May 2019 07:44
Hexus, as a predominantly UK site, it's not smart to promote a competition that can only have US and Canada entrants…
Posted by mtyson - Fri 10 May 2019 10:12
New Nvidia Game Ready Driver Supports Rage 2 and Total War: Three Kingdoms, and Accelerates World War Z Performance.
You can read more and download the driver via the official Nvidia GeForce blog.