Last week HEXUS reported on the Apple/Epic Games spat over Fortnite microtransactions. Epic kicked off the Fortnite Mega Drop last week, where you could get 20 per cent off your V-Bucks purchase, but on iOS and Android the only way to take advantage of the offer was to swerve the app store purchasing route and buy direct from Epic. Epic sneakily updated its iOS/Android apps with these direct purchase links ahead of the promo. Once Apple and Google became aware of the ruse, they removed download links for Fortnite from their respective stores.

It is pretty easy to see the above argument from both sides; the app stores have their T&Cs, but yes - the cut the app store duopoly takes is probably too much. Now, the Apple/Epic spat looks set to escalate thanks to Apple preparing a 'retaliatory' plan, and Epic filing a legal motion to prevent this retaliation. 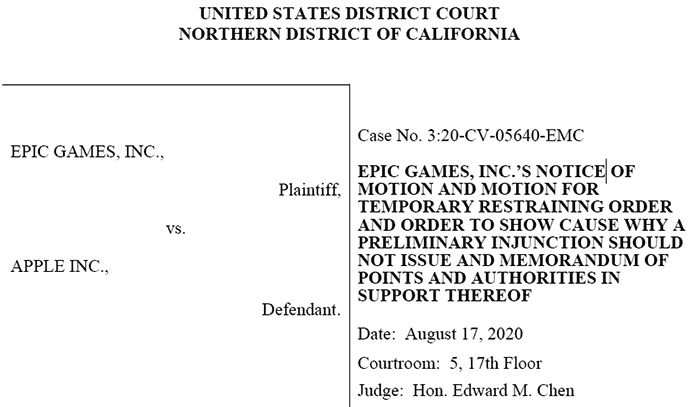 A few hours ago the Epic Games Newsroom announced that Apple has been in touch to inform it of a move which will affect all Epic's developer accounts and "cut Epic off from iOS and Mac development tools". Thus Epic has lawyered up and asked a court to put a stop to the retaliation. A direct link to the court filing PDF is here.

Epic was given notice that Apple's termination will occur on Friday 28th August, so it hopes it can get the California courts to act swiftly to minimise potential impacts with a 'temporary restraining order'.

Senior video games analyst at Niko Partners, Daniel Ahmad, appears to think that Apple is overstepping reasonable sanctions. Ahmad points out that Apple's proposed action will impact Unreal Engine as a whole, and that includes the games that are built on it. It could even impact developers with titles on Apple Arcade, he notes. The video games industry analyst admits Apple is "within its rights to remove Fortnite from the app store for breaking ToS" but in conclusion, going after Unreal Engine as a whole with its impact on developers, is not a good look for Apple. 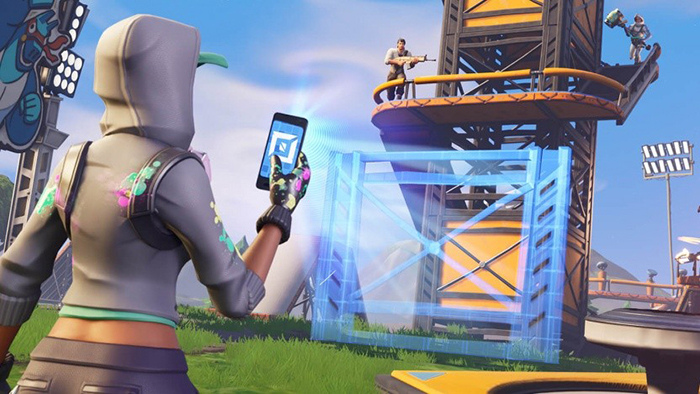 Apple made a public response to the recent escalation of matters last night (US time). Venture Beat reproduced the statement which starts very similarly to what Apple said last week about protecting its users. Apple added that "The problem Epic has created for itself is one that can easily be remedied if they submit an update of their app that reverts it to comply with the guidelines they agreed to and which apply to all developers. We won't make an exception for Epic because we don't think it is right to put their business interests ahead of the guidelines that protect our customers." Apple says, in a somewhat conciliatory sentence, that it wants to keep Epic as part of the Apple Developer Program and Epic's apps on the Store, if only it will make the T&Cs compliance update requested.

Posted by rabidmunkee - Tue 18 Aug 2020 12:20
Are banking app exempt from this transaction tax then?

I dont know, ive not got qnything fruity nor can i bothered to read the t's and c's
Posted by Darkedge - Tue 18 Aug 2020 12:32
feck it, drop to 15% across the board fro ios apps and they'll still make trillions and get loads of goodwill. Asking for 1/3 of everything for acting as a store is a ridiculous margin for any store digital or physical.
Posted by [GSV]Trig - Tue 18 Aug 2020 13:09
Apple, protecting customers, whats wrong with that…
Posted by Nollauno - Tue 18 Aug 2020 13:10
Dont buy Apple stuff - simple as that!!
Posted by edmundhonda - Tue 18 Aug 2020 13:18
We definitely don't have a monopoly, but if you try to sidestep our monopoly we'll revoke your access to the platform entirely.