Valve CEO and co-founder Gabe Newell has been talking about the rival Epic Games Store in a recent interview published by Edge Magazine. Newell's answers to questions about the emerging strong competitor are frank and show a detached realism. In brief, the Valve boss reckons Epic's full-on competition in the PC market is far preferable to Apple's system of competition prohibition. 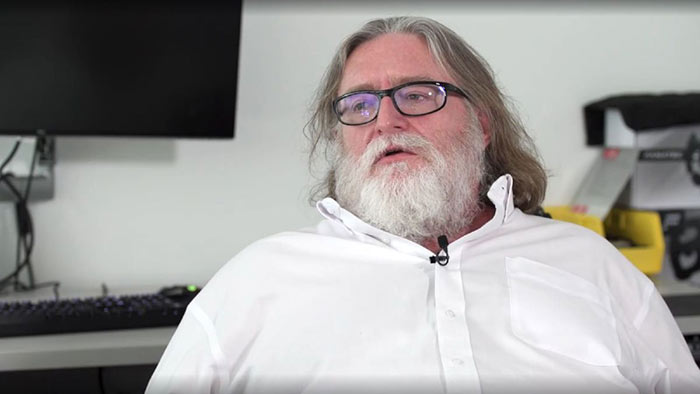 In response to a question about one of Steam's biggest and newest competitors, the Epic Games Store, Newell was quite generous in his answer, and the response seemed to come partly from the view of a disinterested third party. "Competition in game stores is awesome for everybody. It keeps us honest, it keeps everybody else honest," said Newell. There are some drawbacks though, especially in the short-term cut and thrust involved, as the Valve/ Steam boss observed such a fight is "ugly in the short term". Even though Steam might look bad in the short term - on the positive side it helps bring "discipline and the thoughtfulness," to improve your own business model, observed Newell.

Moving the conversation to businesses that really cause worries for Valve / Steam, Newell turned the spotlight onto Apple. "If you ask us which is scarier, it's people falling in love with Apple's model of controlling everything and having faceless bureaucrats who get to keep your product from entering the market if they don't want it to, or designing a store in a way that minimises software's value-add to experience and stuff like that," explained the Valve boss. This is because Apple's business model seeks to "preclude competition," he opined.

Sources: GamesRadar+ via GamesIndustry.biz and Tim Sweeney on Twitter.

As per my sub headline, Steam continues to surge, as the world stays indoors due to Covid-19 concerns. Only last week we saw Steam break the 20m concurrent user milestone. As of this weekend that peak figure went up by about 10 per cent to 22.7m.

Half-Life Alyx is now available (48GB to download). The highly anticipated VR-only game from Valve unlocked at 5pm yesterday. If you must have a Valve Index HMD to play Alyx on, this hardware is on backorder. Current wait times for Valve Index gear / kits is between 8 and 10 weeks in the UK. 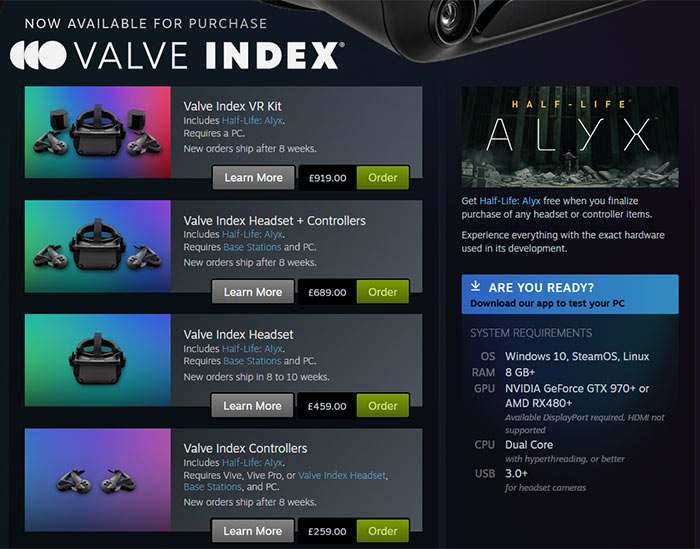