Microsoft has launched the Surface Duo smartphone today and it will start to ship from Thursday, 10th Sept. The 'major new form factor' is heralded by Microsoft Surface Commercial Marketing exec, Frank Buchholz, in a rather low-key tech community blog post today. I was expecting some Panos Panay passion pumping but at the time of writing there isn't even an entry on the Windows Devices or general blogs. 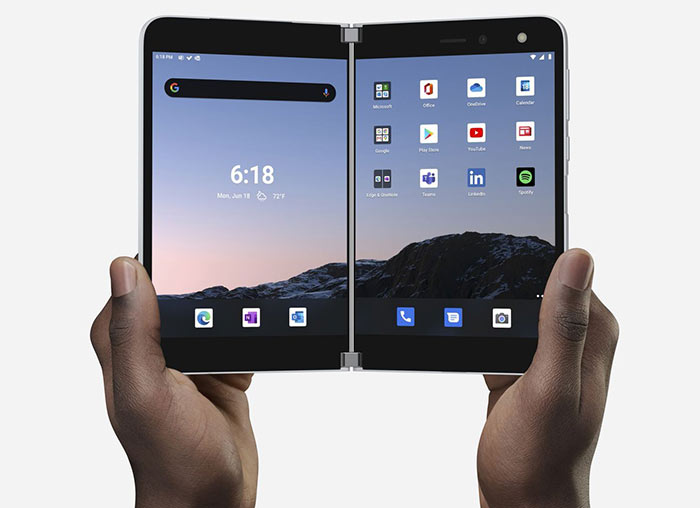 The Verge reports that after two months of Twitter teasing the device has gone official at last, and Microsoft is taking pre-orders for the Surface Duo, with outlets like AT&T and Best Buy lining up pre-orders too.

Key specs of the Microsoft Surface Duo are bullet pointed below: 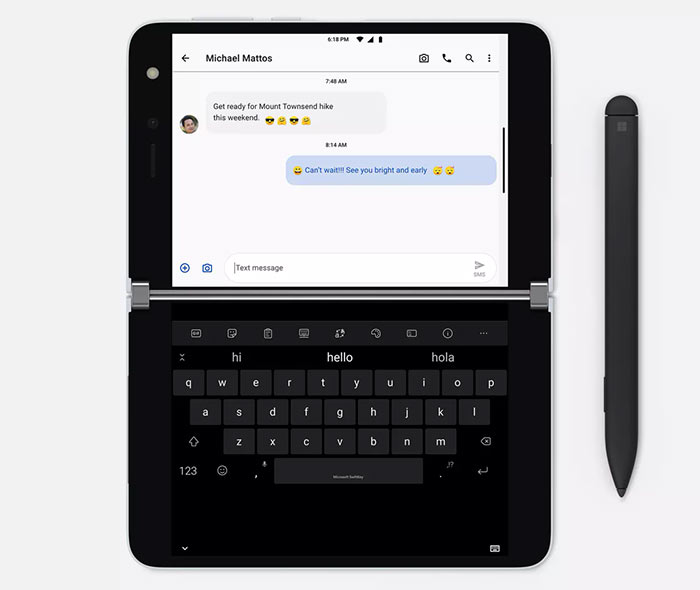 How Android works on the Duo and software support is very important to the device's proposition. Any Android app can work on either of the displays for simple effective multi-tasking. Developers can optimise layouts and screen options to take advantage of the twin display design too. Microsoft has of course tweaked its Office suite and OneDrive to span the display.

Third parties like Amazon have adjusted apps to work with the format too - the Kindle reader app makes the device work like a book with pages flicked across the two screens. Meanwhile, Microsoft has built-in some smarts so actions like clicked links open on the other screen. Going forward software and hardware developers will be able to tap into Microsoft's APIs for dual-screen apps as part of the Android codebase.

Going back to the tech community blog post Microsoft has made sure businesses will warm to the Surface Duo with its custom engineered Unified Extensible Firmware Interface (UEFI) which enables full control over firmware components - for 'Enterprise-grade security'. Moreover, businesses can manage the entire Surface Duo experience for employees and protect work data with a variety of mobile device management (MDM) options, including Microsoft Intune. 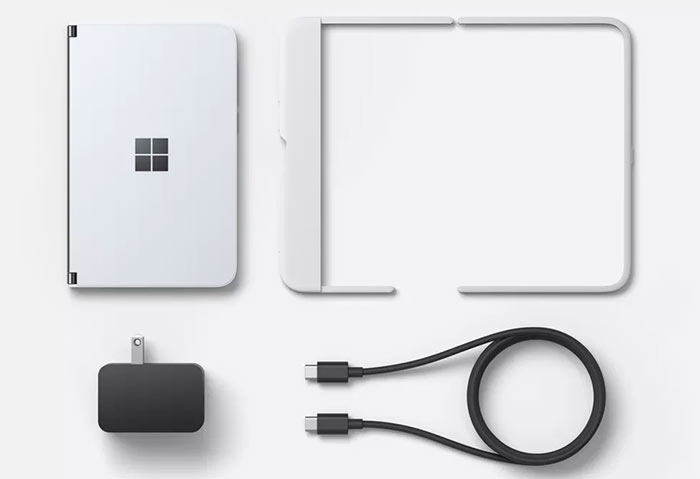 In the box you will get a Surface Duo, protective bumper, PSU and USB-C cable

Pricing was always going to be contentious, however Microsoft has positioned the Surface Duo at a similar level to the Samsung Galaxy Note20 Ultra ($1,299) and about $600 cheaper than the original Galaxy Fold (we don't have the Galaxy Z Fold2 pricing yet).

I'd maybe be tempted if it was cheaper, although I will admit I do prefer LG's detachable approach, because I think MS will have worked hard on the user experience etc.
Posted by Zhaoman - Wed 12 Aug 2020 15:20
The bezels make it look very dated. It's an interesting concept though and I'll wait for reviews and see how the software implementation is. If it works well I might even be tempted or be tempted for v2 at least.