Google has taken a different kind of path towards the launch of the Pixel 6 and Pixel 6 flagship smartphones. Instead of attempting to keep everything absolutely secret until official launch day, it has shared key imagery and specs information in the last few weeks, as well as a real-world AI-smarts video teaser. On balance, I would say the information it has shared has probably helped build interest, rather than kill any surprise, so it looks like this new PR strategy is paying off. 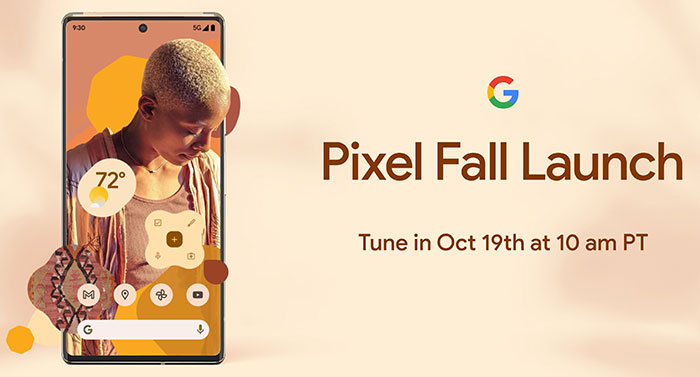 Now Google has named the date for its Pixel Fall Launch event. The hardware event will take place on Tuesday, 19th October at 10am PT (6pm BST). "On October 19, we're officially introducing you to Pixel 6 and Pixel 6 Pro—the completely reimagined Google phones," wrote Google. "Powered by Tensor, Google’s first custom mobile chip, they’re fast, smart and secure. And they adapt to you. #Pixel6Launch". It is a virtual event, and Joe Public will be able to tune in.

In the intro, I mentioned that we have already been treated to some great imagery and technical info about the Pixel 6 and 6 Pro. For example, we know that the devices will be powered by a custom Google Tensor chip, probably the biggest innovation in the new devices. This in-device AI processing power will help the smartphone excel in areas like computational photography, speech recognition, and more. 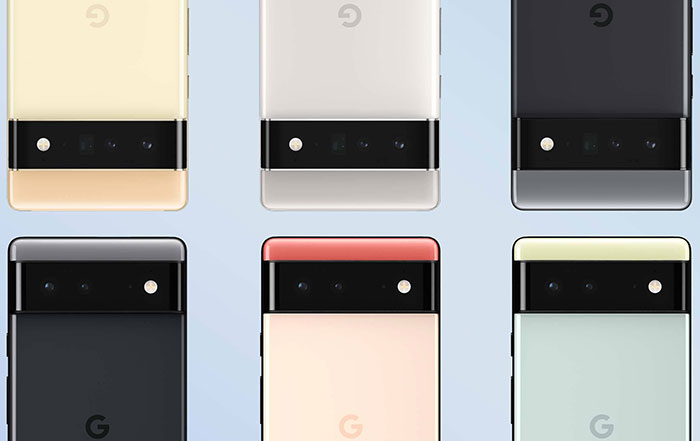 Android 12 will be pre-installed on the new Pixels, to make the most of the new capabilities and debut the Material You adaptive design language.

Some leaked pricing indicators for the Pixel 6 / Pro have been seen recently. In a Taiwanese retail listing we have seen the Pixel 6 will be priced from about £475, and the Pixel 6 Pro from £680 (depends on built-in storage). UK dwellers will have to add more tax to these prices, as Taiwan's VAT is only 5 per cent. Remaining within Rumourville, there are said to be some foldable Pixel devices on the way soon, too.