Apple has sent out media invites for a special event to be held at 10am on 10th September at the Steve Jobs Theatre in Cupertino, California. As usual, the invitation didn't provide much insight about what might be discussed or unveiled. The snappy strapline Apple chose for its invite was "by innovation only," so hopefully we will see something appealing, altogether new, and surprising at the event. 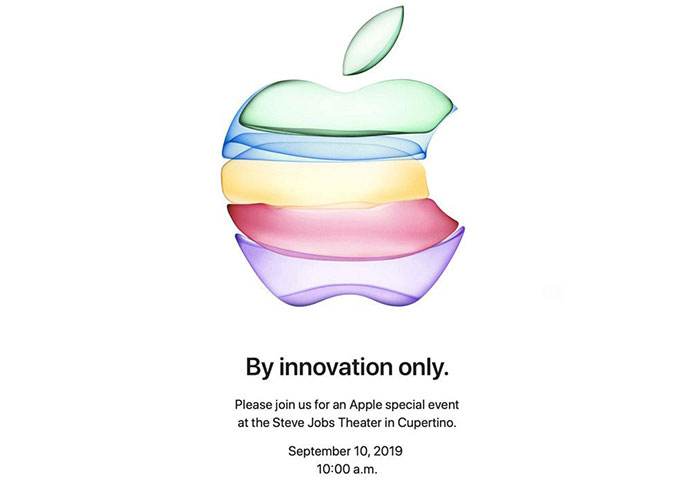 Above you can see the Apple logo artwork is a reimagined version of Apple's first official logo - divided into translucent floating segments.

A headlining new feature of the iPhone Pro models will be an enhanced rear triple lens camera system featuring an ultra-wide angle snapper. AI will be employed to make use of three sensors simultaneously and this will have various benefits for image composition and low-light performance. Video recording capabilities will be bolstered too.

While the new iPhones will look more or less the same as existing models further upgrades will be present such as; reverse wireless charging, multi-angle Face ID, improved water resistance, updated OLED screens (but which lack 3D touch), and faster A13 processors with AMX co-processors. Notably none of the phones will offer 5G connectivity this year, says Bloomberg. 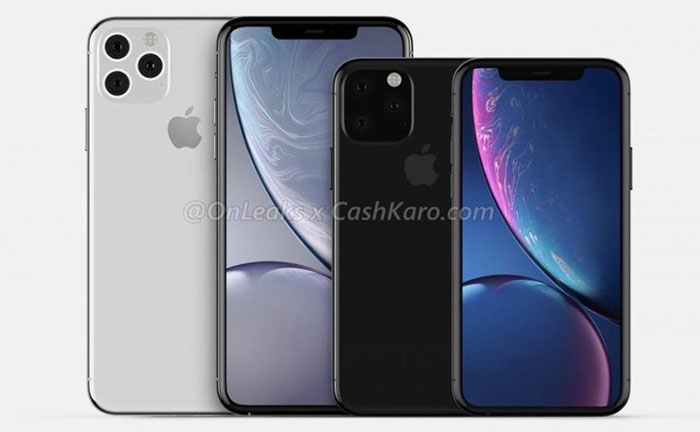 Other highlights predicted for the event include:

If you are an Apple fan there looks like there will be lots of news to digest on 10th Sept. It will be interesting to see if Jony Ive takes to the stage during the event.

Rumor has it that Apple invented the word “Pro” and the iPhone was in fact the first smartphone with 5G connectivity, etc, etc :P
Posted by pinkpound - Sat 31 Aug 2019 13:59

LeetyMcLeet
Expect the word “Pro” to be used A LOT!

Rumor has it that Apple invented the word “Pro” and the iPhone was in fact the first smartphone with 5G connectivity, etc, etc :P

Ttaskmaster
Well I didn't get an invite, so why should I care? :laugh:

Nor did I. Maybe they know what I think of smartphones.

Note: I have been to Cupertino, at Apple's expense, for media events in the past. Aren't I lucky? ;)