Hyundai confirmed that it was in talks with Apple with regard to developing a self driving electric car this morning. However, it then released a revised statement talking about being contacted by various parties for the development of autonomous vehicles, but with any mention of the Cupertino tech giant removed.

Hyundai Motor Co shares were up over 20 per cent in the wake of the initial statement, and even though the release has been subsequently scrubbed to remove references to Apple, the shares are holding around the 20 per cent up level at the time of writing. In other words it sounds like Apple reprimanded Hyundai for publicising this business negotiation but the cat is now out of the bag.

The initial statement was that "Apple and Hyundai are in discussion, but as it is at early stage, nothing has been decided". Enough to spark Hyundai's sharpest ever intraday trading gain since 1988, noted MarketWatch. 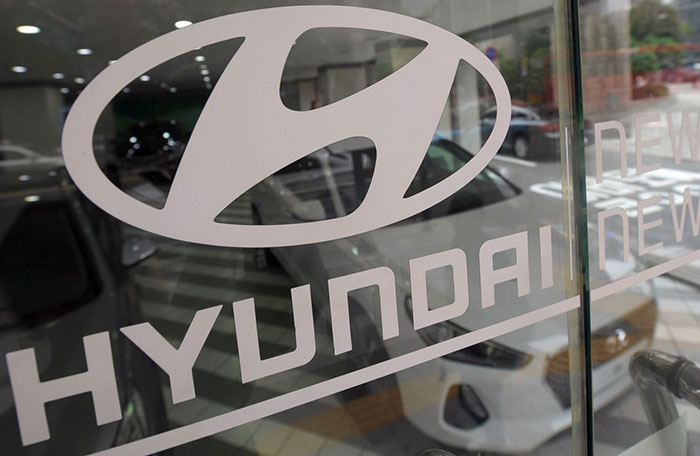 Apple is notoriously secretive about its business dealing and developments but Bloomberg talked to insiders, who would rather not be named, who confirmed that it is indeed working on an autonomous EV which is in the early stages of development. It will need at least another five years for Apple's EV plans to come to fruition, reckon the sources.

The Apple car has been a long time coming. The last time we reported upon it was back in 2016, but never expected to be reporting in 2021 that it could take another five years until something is consumer-ready.

Hyundai was last in the HEXUS news two years ago today. At the time it grabbed headlines due to its car design which could walk "in mammalian and reptilian style". Another interesting development involving Hyundai recently didn't make the HEXUS headlines though – it bought Boston Dynamics for nearly US$1 billion last month.

Posted by mers - Fri 08 Jan 2021 13:23
Well , if Apple are involved this car will have non standard, incompatable charging ports and will only drive on Apple approved roads. Most likely will be unrepairable as well but might be good for going on Safari with. lol.
Posted by lumireleon - Fri 08 Jan 2021 14:15
MAJESTIC BUT ON PAPER: Apple is over-valued so they need to stay relevant. Huawei/Samsung/Xiomi are becoming extremely competitive with new inventions so where do you run? The EV market is tricky because there are lions (Toyota/VW group) who have factories all over the planet and are coming with new battery tech every year plus changing fabs to accommodate EVs (*reliability). Ask ELON he is becoming worried of the lions- they make 98% of fossil fuel vehicles and Elon has to share the 2% with others!
Posted by CAT-THE-FIFTH - Fri 08 Jan 2021 15:20

mers
Well , if Apple are involved this car will have non standard, incompatable charging ports and will only drive on Apple approved roads. Most likely will be unrepairable as well but might be good for going on Safari with. lol.

Basically an Apple Tesla then? :P
Posted by LSG501 - Fri 08 Jan 2021 15:23
So if true Apple haven't been talking to the ‘big’ car companies, or more likely the big companies aren't that interested in using Apple tech instead of their own.

Hyundai have 3-4% market share in the EU and supposedly 7-8% (includes kia) in the US (surprisingly high to me and higher than all ‘EU brands’..).

Actually looking at it a bit more it seems Hyundai has a market cap of around $20billion according to Forbes (about $200billion in assets)… that's pocket money to Apple so maybe Apple will just buy them out lol.
Posted by gagaga - Fri 08 Jan 2021 15:28
Apple may buy use of the Hyndai platform and use them as manufacturer then layer their own tech and design on top - think VW/Audi where Audi use VW parts in non-contact locations.