Valve has revealed its Index VR headset, and a number of hardware bundles. We previously got a glimpse of the Index back at the end of March when Valve shared a single page teaser for the headset. Today we know quite a lot more about the hardware, plus its pricing and availability dates.

One thing that is immediately noticeable about the Valve Index proposition is that the pricing flies in the face of the current downtrend and is pitched at a rather high premium. This is likely down to Valve's decision to go for "fidelity first" as per the marketing blurb on the HMD's product page. 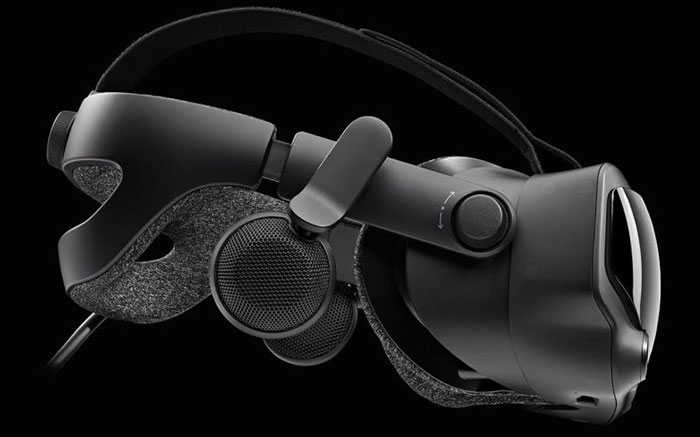 Valve says that its screens offer "50 per cent more subpixels" than OLED screens from rivals. The system supports 80Hz or 90Hz refresh rates if needed (and there is an 'experimental 144Hz mode). Furthermore, the HMD offers a 20 per cent greater FOV than the rival HTC Vive.

Valve's controllers wrap around your hands and provide not just spatial motion control but the 87 sensors per hand track gestures and finger movements too. Picking things up, pinching, signalling and so on are said to be natural with these controllers. Force sensors can see how tight your grip is too. The 2.4GH wireless controllers include various buttons and trackpad inputs for gaming, and last for 7 hours on their rechargeable batteries.

Valve says its wide field of view base stations facilitate play spaces up to 400 per cent larger than its HTC Vive competitors. Two or more are recommended depending upon the size and complexity of your play area.

However, a recommended setup will sport a quad core+ CPU and an Nvidia GeForce GTX 1070 or better. 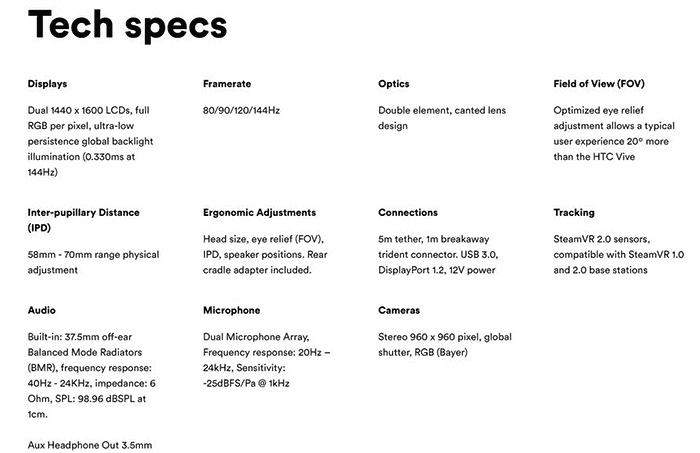 Pre-orders are expected to open later today. Here in the UK shipping is expected to start from 28th June. Valve teases that a first party "flagship VR game" will be launched for the Index later this year.

Bagpuss
Given Valve's track record for successful hardware launches, giving them nearly £1K, does not seem like a smart move, TBH.

Never thought of that, but a very good point!
Posted by SciFi - Wed 01 May 2019 17:11
Going to order the ‘Knuckles’, been holding off getting controllers for my Vive Pro specifically for these.

As for the HMD, it's going to have to be freaking awesome to get me off my lens modded Pro!
Posted by spacein_vader - Wed 01 May 2019 17:37
A cool grand to play the excellent games that don't become dull after the initial VR novelty value wears off.