The District Court of Paris, France, has ruled that European consumers are legally free to resell digital games that they have bought on Steam. The case was brought to court by consumer group UFC Que Choisir in 2015 and has only just succeeded in gaining this ruling in its favour this week. However, consumers throughout the EU won't get the right to resell their Steam games for some time to come - Valve is appealing the decision and we will have to wait for until that legal tussle concludes.

The court case instigated by the French consumer group questions the legality of certain clauses within Steam's Subscriber Agreement under European law, reports EuroGamer. The largest bone of contention for the consumers was that digital games should, like their physical counterparts, be possible to resell. 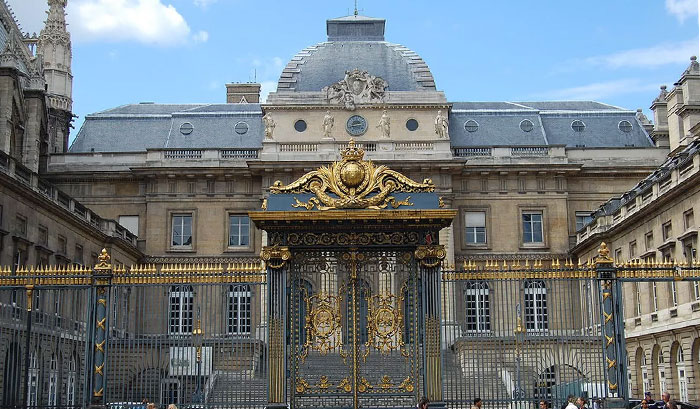 French judges agreed with UFC Que Choisir's view this week, based upon a prior ruling which said that a transaction for digital goods still implies the transfer of the right of ownership. Thus Valve can not oppose the resale of a game that is bought and downloaded by the end user.

On Valve's side of the argument, its legal reps asserted that a sale is actually a 'subscription' to a product. This didn't wash with the court which sees the transaction as the purchasing of a license - and therefore falls under the 2012 European Court ruling about digital goods purchases.

Several other rulings were made in favour of UFC Que Choisir at the District Court of Paris this week. These rulings concerned the refunding of Steam Wallet cash when a user leaves the platform, and compensation for user/property-harm inflicted by software downloaded via Steam.

"The decision will have no effect on Steam while the case is on appeal," said Valve exec Doug Lombardi. Of course Lombardi disagreed with the Partis court's decision and said Valve would appealed against it.

Posted by ik9000 - Fri 20 Sep 2019 14:50
Have it valve! And it comes just in time for us to leave the EU and watch from poverty exploit island while our cousins across the channel benefit.

And pro-brexit folk will no doubt claim it is another one of those “EU rules tying us up in red tape”.
Posted by Tabbykatze - Fri 20 Sep 2019 15:02
This is quite interesting but also very far reaching.

If the appeal fails and this goes ahead, this will create a legal precedent going forwards for all digital goods. This means purchasing Kindle books, music on a streaming platform and all those other digital streaming services you currently purchase “rights to access” will have to change to an ownership model. This does not affect subscription model services.

By stating you own a digital good and have actually purchased an ownership of the product means you can resell it. Digital goods cannot depreciate except for when the product itself drops in price. That means it's not a second hand market but becomes a lower form of a grey market. Does this also mean that a company going under that provided digital goods must provide the product to all users who purchased it in the past as part of their adminiatration/liquidation?

This isn't necessarily a bad thing, it just shakes up the digital goods market.

This doesn't just affect Valve, it creates a far reaching precedent.
Posted by Jonj1611 - Fri 20 Sep 2019 15:20
Interesting, now I can offload 100 odd games I have never played :) yeah yeah in time if appeal unsuccessful and all that :)
Posted by darcotech - Fri 20 Sep 2019 15:24
I always thought that all digital goods should be considered as ownership of license of said product for personal use (or commercial in the case of commercial software).
This should be the right and the fairest way. That would mean also that if I bought some game/movie/music on CD/DVD, I paid for support (optical disk in this case) and personal license.
So, I should not be forced to buy again this license if suddenly the support format has changed (like buying again on the online video store) or DVD that Blu-ray than UHD version.
As of now, if you buy DVD, then Blu-ray, than UHD Blu-ray, you are actually paying 3 times license for the same movie and 3 different supports/formats. We should pay only once for license and three times for the support. That would be fair.

For games that means, no matter where you bought it (Steam, Microsoft, Epic…) you automatically have them in all those stores. So, in the end, only the most consumer-oriented store will win.

Now this would be fair to us consumers, not to pay several times for the same thing. But Media corps would not like it as that is probably just free money we are giving them for the same thing.
Their opposition will be STRONG. On the other hand, money is in our pockets(accounts). So, we (consumers) could actually win this one. If we stay united. Utopian, right?
Posted by AETAaAS - Fri 20 Sep 2019 15:33
Next week:

SURPRISE, Steam is pleased to announce our new Steam Access and Steam Access Gold subscription services! Steam will no longer be selling games in the EU and everyone will be enrolled into our new program to enjoy access to the thousands of games avaliable on Steam, with time limited exclusives for our Gold Members. Click here to opt out.