Under new CEO Pat Gelsinger, Intel has seemingly become much more ambitious and focussed on technological and manufacturing advances. Much of this strategy change was signposted by Gelsinger and co during the Engineering the Future webcast back in March where IDM 2.0 was outlined, as well as plans to expand capacity significantly in the US, Europe and more. 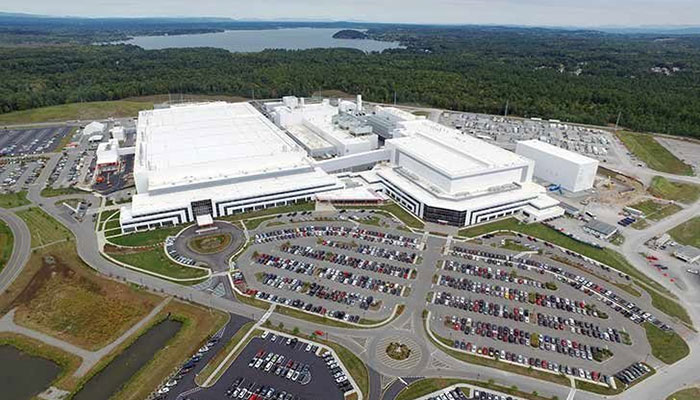 According to a report published by the Wall Street Journal On Thursday, Intel is currently exploring plans for its biggest acquisition ever. GlobalFoundries is in Intel's sights, with a view to a takeover, in what could be a US$30 billion deal. If this goes ahead, the WSJ says that it would "turbocharge the semiconductor giant's plans to make more chips for other tech companies".

Talks seem to be in an early stage, as the WSJ's "people familiar with the matter" didn't extend to anyone purporting to represent GlobalFoundries. In fact, a spokesperson for GlobalFoundries said that the company isn't in talks with Intel. 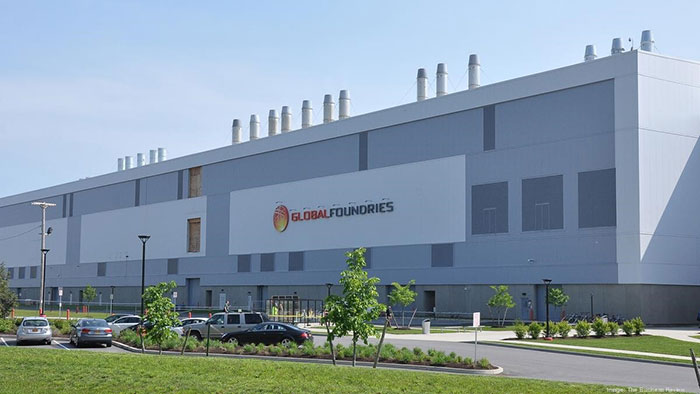 Having heard the above it is pretty clear that talks, if they are indeed going on, are at a very early stage and could still easily amount to nothing. Currently, GlobalFoundries is owned by Mubadala Investment, an investment arm of the Abu Dhabi government, but based in the US. Apparently, GlobalFoundries has plans for an IPO to raise investment cash, a factor which could put strain on Intel's purse strings.

Intel, worth approx $225 billion, has already pledged to spend over $20 billion on chipmaking investments in the US, so the $30 billion GlobalFoundries deal would mark a sizable change to that plan, though management might judge it is a worthwhile investment at this time.

GlobalFoundries was most recently in the HEXUS news (just last month) as IBM decided to seek $2.5 billion in damages from the chipmaker, which it said had violated a chip developing and manufacturing contract drawn up way back in 2014.

ik9000
How important is gloflo to AMD and Apple and others making their own/ARM designs etc?

Not very, TSMC and Samsung are bigger players for them.

Would this even be allowed under anti-trust/competition regulations?

kalniel
Not very, TSMC and Samsung are bigger players for them.

I don't see why not. It used to be solely under the AMD umbrella in the past.

But didn't Intel own their own fabs too? Presumably AMD were also the minority player in that scenario? I don't see how that's the same.
Posted by Irien - Fri 16 Jul 2021 11:20
IIRC GlobalFoundaries was originally AMD's internal fabrication unit before it spun it off to raise capital a little over 10 years ago, so a little ironic to see Intel sniffing around.

On the other hand, GF decided that heading to 7nm would be too expensive when there was still plenty of demand for chips made at 14nm (again IIRC - I may be muddled). As such, GF basically left the race a few years back, in terms of being able to make modern CPUs. In recent years the number of top tier fab options has dropped significantly from about 8 to about 3. Again, I haven't checked those numbers. As others have said, AMD moved to TMSC for Zen and RDNA product lines.

Whilst Intel probably do have a use for more 14nm manufacturing, it'd take a lot of investment to bring GF down to 7nm (or lower). Unless they have a very specific reason/requirement to purchase GF, investing in new facilities or upgrading existing ones would almost certainly be more cost effective in the long haul. Of course, cost effectiveness isn't the be all and end all, though!
Posted by DanceswithUnix - Fri 16 Jul 2021 11:40

Irien
IIRC GlobalFoundaries was originally AMD's internal fabrication unit before it spun it off to raise capital a little over 10 years ago, so a little ironic to see Intel sniffing around.

Sort of. AMD did get rid of their fabs to GF, but I'm pretty sure it cost them money to do so with all sorts of payment schedules and wafer usage guarantees in place.

But GF have slurped up other fabs along the way as well. Stuff like IBM, so it isn't just the old AMD fabs any more. A lot of wafers have passed under the stepper since the split.

This does makes some sense for Intel. They can't make much more money on CPUs, they are trying to move into fab services. Buying up an existing fab business would give them a new revenue stream, and instant flexibility in offering things like SOI and old nodes to customers that won't want Intel 14nm+++ parts even if Intel had lots of spare capacity (which they plainly don't). It also plays to Intel's main strength as a manufacturer coming from a bulk dram background. Let's face it, Intel have generally made the best x86 CPUs out there, but compared to other architectures their designs have always been a bit rubbish but bolstered by their manufacturing ability.

At this point, I think AMD are only really making the Ryzen memory controller die on 12nm and I imagine that is an old enough bit of silicon that they have migration plans in place already. I think there are plenty of other ways to say this is bad for the global economy though.