Nvidia's path to the $54 billion acquisition of Arm appears to be bumpier than ever, with many twists and turns ahead. As we approach the last quarter of 2021, it had probably expected to be just dotting 'i's and crossing 't's at this stage, but there are still numerous and large issues to navigate.

Earlier this month, HEXUS reported on the insider sourced news that the UK's Competition and Markets Authority (CMA) was inclined to reject the takeover, on national security concerns. If that wasn't bad enough for Nvidia's hopes, there are new reports that the EU is set to launch a formal probe into the acquisition, next month. Moreover, the Arm China issues are even worse than previously reported.

Starting with the EU news, the FT reports that Nvidia plans to officially notify the European Commission of its plans to acquire Arm during the week starting 6th Sept. Will Brussels be as cold about the deal as the UK's CMA with its concerns about national security and impact on competition, and the stifling of innovation "across a number of markets"? Meanwhile, the CMA has recommended a deeper investigation into the deal with regard to UK interests. 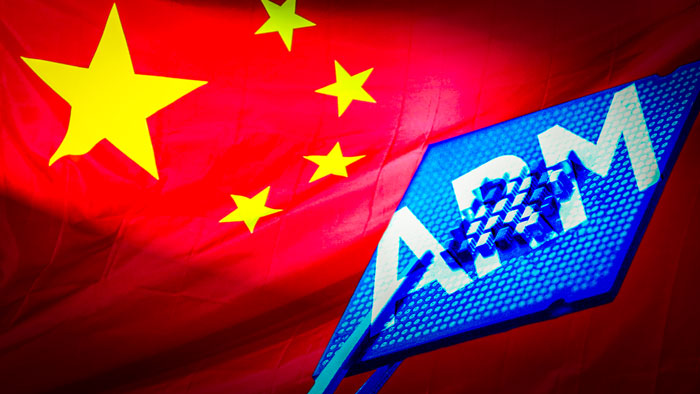 On Friday, SemiAnalysis published a follow-up on the 2020 reports about Arm China business concerns, mostly stemming from the issue of the ownership of the company. As some will be aware, one of the major costs of doing business in China is often the necessity of setting up of a Joint Venture with >50 per cent of the shares owned by a Chinese entity. This is/was Arm's second-biggest market globally.

Despite formally being fired, CEO Allen Wu has stayed at the helm of Arm China, as he is owner of the chop (seal) of the company, and it is hard to extricate this without years of legalities. That much was true in our last report in 2020, but since that time Wu has sued Arm China in order to declare his dismissal illegal and, as the report points out, he was essentially suing himself - representing both parties in the court case.

Arm has halted transfer of new IP to Arm China, so the regional division is stuck on Cortex A77 CPUs – with the likes of Neoverse server CPUs, the Armv9 instruction set, and other new developments in CPU, GPU, NPU, and fabrics kept out of reach of Arm China.

Recently, Arm China held an event during which the presenter "formally declared their independence". SemiAnalysis says that the event heralded Arm China, using a new name of 安谋科技, as the largest CPU IP supplier in China. Boasts about 20 billion shipments since formation, 90+partners, and the China R&D team of 400+ scientists were made too. The independent R&D department within the company have already put forward designs for a new NPU (neural processing unit), as well as SPUs, ISPs, and VPUs.

Signing off on the SemiAnalaysis article, Chief Analyst Dylan Patel says that this is a clear problem for anyone who becomes the new CEO at Arm, and that "it is clear that SoftBank’s short-sighted profit driven behaviour has caused a massive conundrum".

will19565
Honestly, I'd consider Nvidia owning ARM as superior to ARM being owned by an investment fund.

An interest group composed of relevant stakeholders like you mention could be an interesting option but I see them start to slow down arm development with demands and disagreements between each other.
Posted by will19565 - Tue 31 Aug 2021 04:21

will19565
Honestly, I'd consider Nvidia owning ARM as superior to ARM being owned by an investment fund.

An interest group composed of relevant stakeholders like you mention could be an interesting option but I see them start to slow down arm development with demands and disagreements between each other.

True, but I could see an investment firm thinking what can we cut to make more money, there not called vulture funds for nothing.
Posted by six_tymes - Tue 31 Aug 2021 05:50
if they deny, it's corruption. governments and the FTC allowed AMD WITHOUT question, without one word against the buyout of XLINX.

Let NVIVIA expand already!! the industry needs NEW for things to progress, and NVIDIA has more than enough years of experience to do ARM justice.
Posted by lumireleon - Tue 31 Aug 2021 06:39
Nvidia takeover of ARM is definitely not a big deal, infact Apple and Samsung are overcharging their phones compared to the cost of RnD and material usage.