You are here:
Components General News

Beyond the obvious personal concerns about the 2019-nCoV virus outbreak, HEXUS has reported previously on the industry concerns about whether the coronavirus will impact PC and components production. If you keep an eye on IT industry journals like DigiTimes, it seems increasingly likely that PC and components makers will feel some strain due to 2019-nCoV and that may well mean lowered production.

Regular HEXUS readers will be well aware that MWC starts quite soon. The show officially kicks-off on Monday, 24th Feb and it is the world's largest mobile-focussed technology expo. If you check the real-time 2019-nCoV virus outbreak tracker you can see that, at the time of writing, Spain has just one confirmed case of the illness. Nevertheless in the last few hours LG has decided to cancel its appearance in Barcelona "citing fears over the spread of coronavirus," reports the BBC. 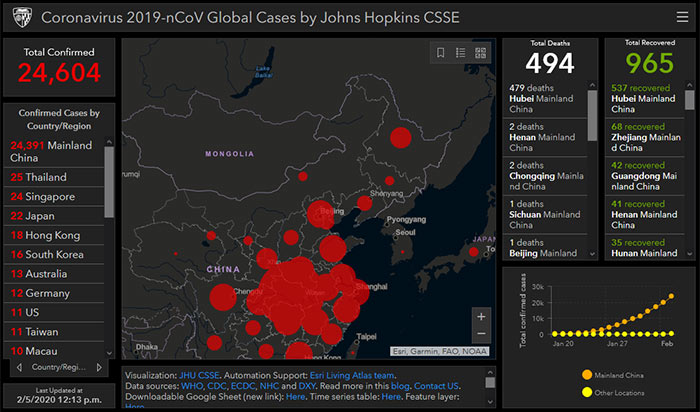 Perhaps more important in tech-news-terms to the average HEXUS reader is the annual Computex show in Taiwan. The small island of Taiwan is separated from China by a 110 mile Strait - and a lot of politics - but due to proximity and shared language a lot of people and trade go from one to the other. Checking the tracker, linked above, Taiwan is holding out from 2019-nCoV quite well, with 11 known cases right now.

In 2003 SARS posed a similar threat. As AnandTech reports, SARS actually became an outbreak in November 2002. Then, in late April, the Computex organisers polled registered attendees and decided to postpone the show. No new date was put forward at that time, but Taiwan was declared SARS-free by the WHO in July, and the show went ahead in September. I lived in Taiwan at the time and it was a very worrying, with assemblies of groups of people discouraged. SARS seemed to be rather more deadly but less easy to pass on.

Back to the present, and Computex organiser TAITRA has started official registrations for the show and it is still scheduled for 2nd - 6th June in Taipei. A press release provides various reassurances about travel to and from the show, health monitoring (Thermal Image Scanning and more) and health care facilities in Taiwan.

A much nearer event is the 2020 Taipei Cycle Show (March) and it has been decided to exclude all China-based exhibitors and visitors from that show. Depending upon what happens in the coming weeks and months such restrictions could be added to Computex 2020. A possibility, if the exclusion is put in place, is that Chinese firms use local representatives to show-off new products at Computex.

Let us hope that the spread of 2019-nCoV will be stopped, treatments get better, and we start to get countries declaring they are virus-free in coming months.