Intel has issued a Product Change Notification (PCN) reversing a decision which would have seen its Haswell era Pentium Processor G3420 discontinued. You can read the PDF here. Inside the PCN is a brief, and some would say puzzling, explanation of why Intel has decided to breathe new life into this six year old chip. 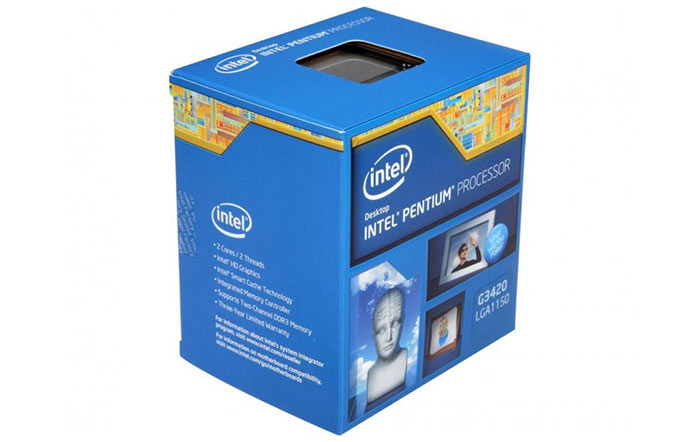 The 22nm Intel Pentium G3420 was given a public EOL notice on 26th Nov, again via PCN. The new PCN, issued on 5th Dec 2019, reverses the decision to axe this ageing LGA1150 socket 2C/2T CPU for the following reason: "Cancelling this Product Discontinuance completely per new roadmap decision and enabling the product long term once again." 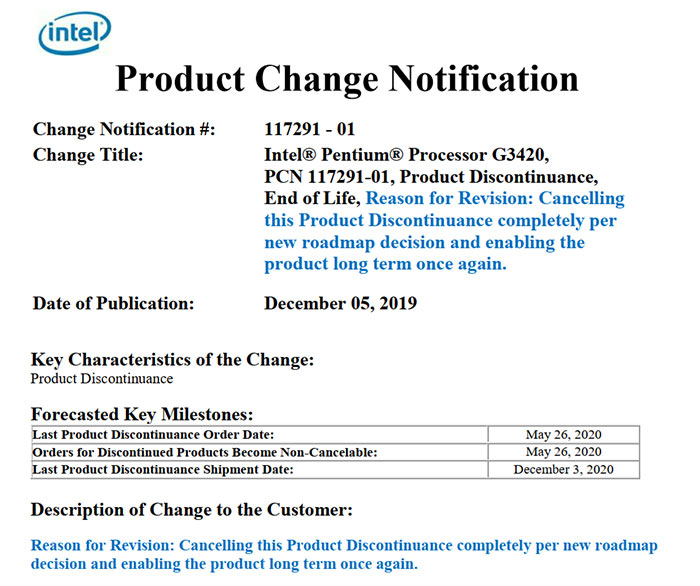 HEXUS never reviewed the Intel Pentium G3420, the closest product we had under specific scrutiny in the labs was the Pentium G3220 (slightly slower at 3.0GHz), and the Pentium Anniversary Edition G3258 with an unlocked multiplier. Choosing a Pentium G3420 processor or system as we move into 2020 would not be optimal for any use cases I can think of.

Zooming into the future

The above news may seem like a blast from the past. However, the Intel CEO is promising lots of shiny new processors over the next couple of years. Intel's Bob Swann presented at a recent Credit Suisse technology conference and highlighted his firm's 7nm plans, which was transcribed by WCCFTech.

Intel intends to have 7nm processors shipping in Q4 2021. It is reportedly "chasing a 2x scaling factor for 7nm and shifting to EUV," and claims its 7nm products will be equivalent to 5nm TSMC fab output. Furthermore, its newest roadmap flags the arrival of 5nm sometime in H2 2024. 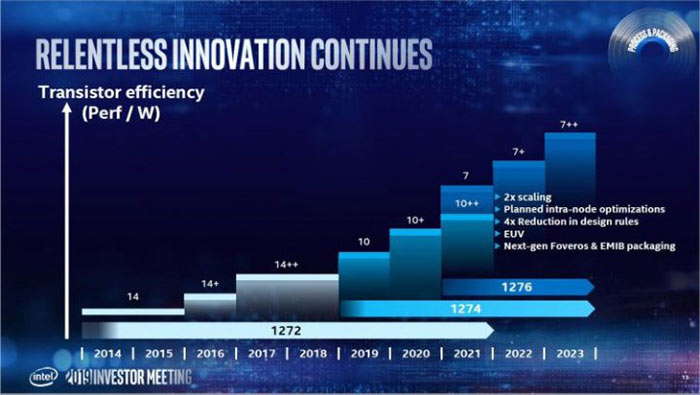 There were another couple of interesting news nuggets spilled by Swann at the conference. Firstly he pointed the finger at its smartphone modem production getting in the way of its 14nm processor output.

Secondly Swann indicated that Intel striving to protect its 90 per cent CPU market share means it misses technology transitions and opportunities. Going forward it will instead aim to grow to 30 per cent of the total addressable market (TAM) in silicon products - "a much bigger market with much more innovation going on".

Posted by mers - Mon 09 Dec 2019 10:25
Perhaps they'll start releasing 286 and 386 chips again shortly and in turn Microsoft can re-release MS.DOS and not have to bother with continuous botched updates.
Posted by Tabbykatze - Mon 09 Dec 2019 10:52
I'd like to see the “actual” reason for this, was there actually a need or was it just so they can supply to some OEMs to keep face?

Otherwise, it just looks like the supports are crumbling and someone is quickly running in with a roll of duck tape.
Posted by philehidiot - Mon 09 Dec 2019 11:38

Tabbykatze
I'd like to see the “actual” reason for this, was there actually a need or was it just so they can supply to some OEMs to keep face?

Otherwise, it just looks like the supports are crumbling and someone is quickly running in with a roll of duck tape.

I wonder if it's just to use up fab capacity for idling fabs on large processes? Then they can blackmail / bribe system manufacturers to only use their CPUs and force this polished turd upon them.
Posted by Skyflier - Mon 09 Dec 2019 12:39
To be fair i don't think this is a bad thing having used one of these for the last 5 years for all sorts of tasks including gaming (overwatch, Destiny 2 and even BF1 although it wasn't a great experience lol), it's an OK CPU.
If it frees up space for more 14nm output which in turn should help Intel move on from where they are to much better products then surely thats a good thing?
Posted by Tabbykatze - Mon 09 Dec 2019 13:38

philehidiot
I wonder if it's just to use up fab capacity for idling fabs on large processes? Then they can blackmail / bribe system manufacturers to only use their CPUs and force this polished turd upon them.

You're probably not far off.

AdoredTV just reported Intel to the FTC for not abiding by their settlement terms for disclosure on one side and i'll be quite confident that shenanigans are also happening on the supply side.

Not many tech press seem to want to touch the story even though it seems wholly legitimate.