You are here:
Components Hardware News

The latest Steam Hardware Survey is out, with the June 2019 data, and on the surface the market for PC processors, video cards, VR headsets and OSes looks rather settled. So, if you look at the survey home page most of the graphs look rather flat or show very shallow inclines / declines. However, there are some rumblings under the facade which are worth a look at, considering we last checked in on the survey when the March 2019 data as published.

In the March data we noted that Nvidia's GeForce RTX graphics cards had started to gain some traction in the usage charts. The RTX 2060 was the biggest gainer that month with 0.27 per cent and all Nvidia's RTX cards would feature among the top 12 gainer slots with their popularity corresponding to their reverse price order. 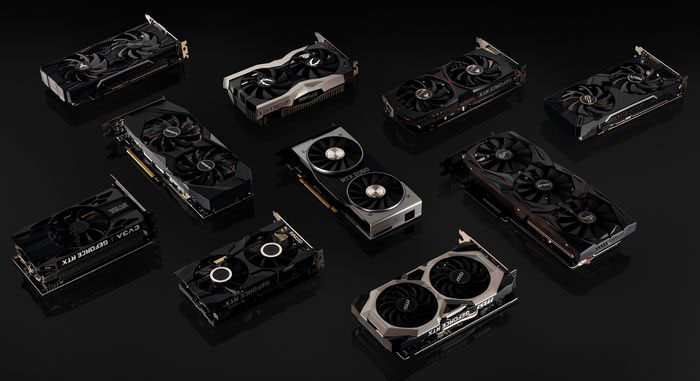 For an overview of the PC gaming GPU market from March I included a screenshot of the top 13 graphics cards overall - the number simply being chosen so that there would be a single AMD Radeon within the table - the RX 580 at position 13. The top five in March were the GeForce GTX 1060, the 1050 Ti, 1050, 1070 and 960. Though I talked about the impact of the RTX cards, none were near the top end of the chart.

If again I take a top 13 screenshot we see a couple of interesting things. Firstly, the first RTX graphics card pops up, the RTX 2070 (You have to go to position 18 to find the RTX 2060, which was released a couple of months after the 2070). Secondly, the Radeon RX580 has grown in popularity from 13th to 11th place and still looks like it is gaining, but ever-so-slowly now.

The latest Steam user survey reveals that Intel took back market share from AMD in June. AMD had staged a bit of a fight-back in March, April and May - but once again its market share slipped below 18 per cent in June. The latest figures show that 82.11 per cent of Steam users use an Intel processor, but only 17.88 per cent are running an AMD CPU.

Quad-cores dominate with 54 per cent of users running a chip with four physical CPU cores. However, dual-core usage was up by over 1 per cent in June, while quad-core users declined by 1.41 per cent. Six-core CPU users have grown to make up 14.35 per cent of the gamers surveyed. Meanwhile, octa-core users are still thin on the ground, making up just 2.95 per cent of those surveyed.

Steam Summer Sale is still on

Last but not least, here's a reminder that the Steam Summer Sale is still running until next Tuesday 9th July. Recently I've felt like Steam are growing similar to DFS Sofa sales in that the sale periods seem to be longer than the non-sale seasons. Actually, I once went into the DFS sofa store and there wasn't a sale on - but they said I could return the next day and a new sale would have started. 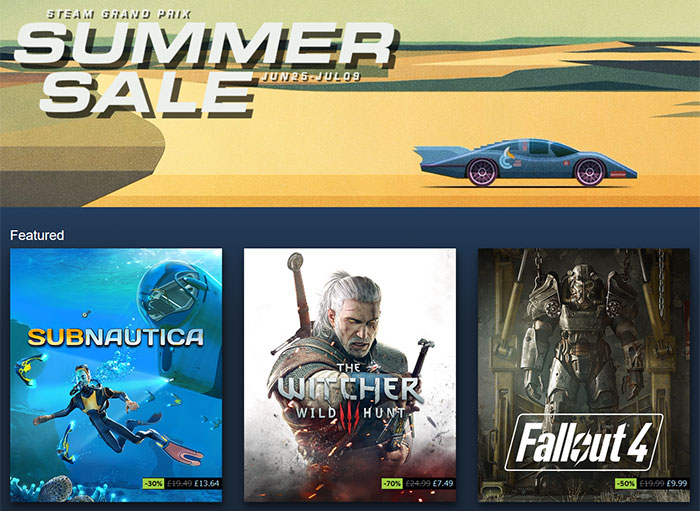 darcotech
I understand most of it, but Nvidia 750 ti going up?!!!