Is it possible to have too much storage for your PC and consoles? When games routinely hit 50GB installs and 100GB-plus certainly not being uncommon, the answer has to be a resounding no.

Notwithstanding the latest consoles' move to super-fast internal SSDs, there's a healthy market for external storage. Stick Call Of Duty: Black Ops Cold War, Hitman 3, Destiny 2, NBA 2K21 and The Last of Us 2 on your PS5 results in over 600GB being eaten up. It's easy to see why many avid gamers choose to invest in console-connected storage used to offload games and clear space on the main drive.

The most common external storage is the humble hard drive. Providing a decent value metric, a 2.5in host-powered solution typically retails for around £100 for a 5TB model, which is plenty large enough to hold 100 games. Depending upon which console and games you choose, data will need to be transferred back to the machine's storage to play.

This is exactly where external SSDs come in useful. Offering speedier transfer speeds than their mechanical cousins and producing no noise to boot, it's little surprise that storage giants have released models purposely designed for the latest consoles. 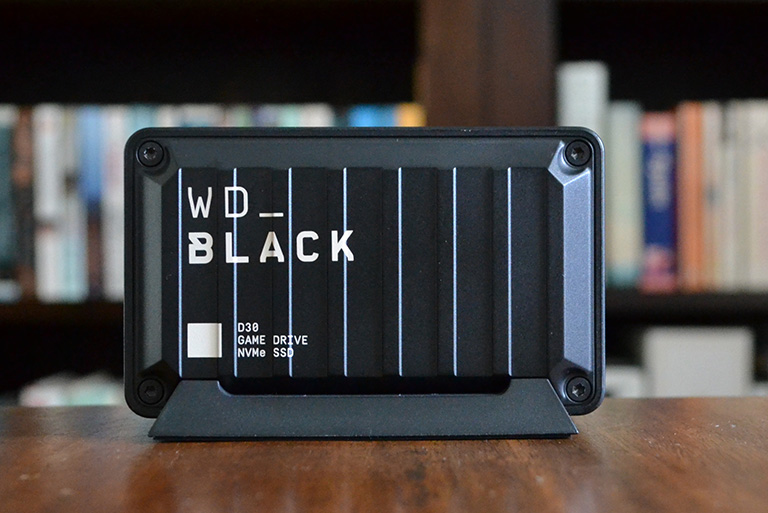 My Passport SSD 2020 by another name and form factor

Take WD as an example. It recently added to its console-optimised SSD arsenal with the D30 Game Drive SSD available in 500GB, 1TB and 2TB capacities priced at £85, £150 and £270, respectively. In concert with recent Black console releases, a special Xbox version, complete with a one-month Xbox Game Pass Ultimate code, touting the same capacities but a special design, is available for a little more on each model

Offering peak read speed and write speeds of 900MB/s over the USB-C connection and shipped with an optional stand, the 1TB review model is chunkier and more visible than PC-optimised storage such as the WD My Passport SSD (2020). Be warned that once the stand is on it's practically impossible to get off.

Measuring 96mm long, 35mm high, 58mm deep and weighing 127g, the military-inspired angular design is immediately recognisable as being part of the Game Drive range. The plastic body has a single USB-C connection on the back and white activity light on the front. No RGB here, thankfully. 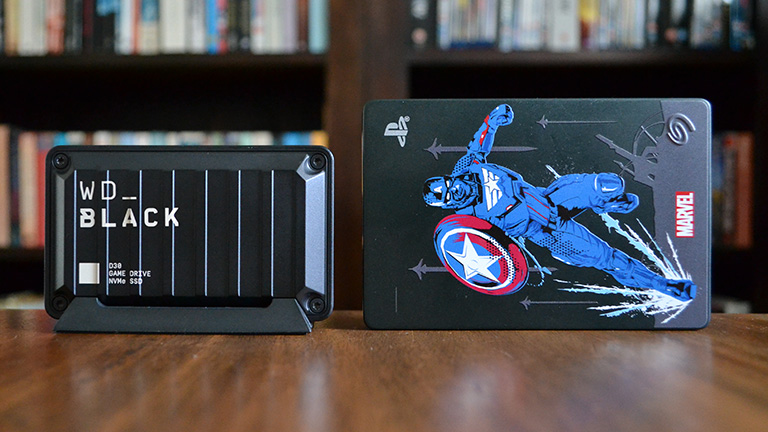 Smaller and squatter than a regular 2.5in drive

WD says it chose this design as it provides greater drive stability than using a regular 2.5in SSD enclosure. A 60cm USB-C-to-USB-A cable offers enough length to attach to the console's connector whilst keeping the drive out of sight on a flat surface.

Inside, WD uses an in-house, heatsink-clad SN550E NVMe SSD that's the same as on the aforementioned My Passport SSD 2020 model. It's capable of 2,400MB/s read and 1,950MB/s write internally, though peak speed drops substantially as it's bridged over to USB-C (10Gbps) for console storage duties. Makes sense, too, as the PS5 carries 10Gbps USB whilst the Xbox Series S/X makes do with just 5Gbps. In other words, storage faster than circa-1,000MB/s is wasted. 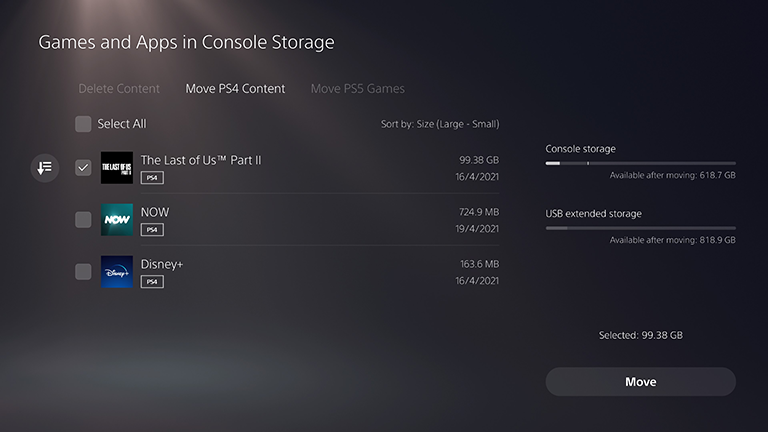 Out of the box the drive first needs to be formatted as USB Extended Storage on a PS5, which it does to the exFAT filing system. It's then a simple case of choosing what you want moved over and waiting it out.

WD quoted (up to) 900MB/s transfer speeds don't hold up on Sony's latest console. We know this because we moved The Last Of Us Part II from internal storage to the D30 Game Drive SSD, and then moved it back again whilst noting the time. Offering a means of comparison, the same test was also carried out on the pictured Seagate 2TB Game Drive mechanical spinner.

The Game Drive SSD is substantially faster at moving the game over to external storage, averaging close to 250MB/s. Writing the files back to the PS5, however, is not much quicker than the 2.5in mechanical drive. As users can play PS4 games straight off external storage it is more important the first metric be faster; there are fewer PS5-specific games available.

These figures don't tell the full story. Loading the game takes the same time on the WD Game Drive SSD as on Sony's internal drive, whilst the Seagate can be up to 30 per cent slower. Not a huge amount of time in the big scheme of things - we're talking an extra 10-20 seconds - yet worthwhile nonetheless.

Aimed at console gamers, there's nothing stopping the PC crowd from taking advantage. The drive works just fine in Windows and offers robust potential, albeit with real-world sequential transfer speeds closer to 600MB/s on our test platform. Do understand that it's not a mix-and-match storage device; you either use it on console or PC because it needs to be formatted each time you change platform.

We appreciate the usefulness of such external storage and reckon the £149 pricing for a 1TB model makes sense. This is effectively the WD My Passport SSD (2020) in a different form factor. One could build it marginally cheaper by going down the M.2 and enclosure route, but such a move would miss out on the three-year warranty from the biggest name in storage.

The WD_Black D30 Game Drive SSD is available at WD.com.