It is easy to see the appeal of a console gaming monitor. Fast response times are an obvious attraction, and with the convergence of PC and console technologies, a single 4K HDR display bodes well for the bedroom or dorm. Philips has been hogging the console-display limelight in recent years with its intriguing range of Momentum monitors, but there are some noteworthy competitors, none more so than the Asus CG32UQ. 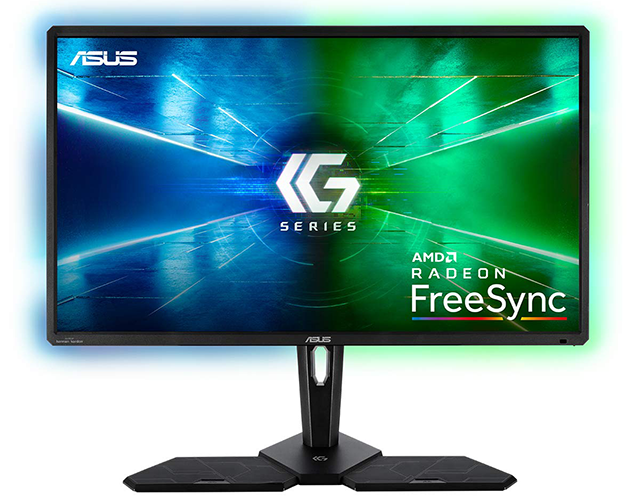 Priced at £785, this 32in solution touts a feature-set that marries nicely with the best games consoles on the market today. There's a 3,840x2,160 resolution, FreeSync adaptive-framerate synchronisation at up to 60Hz, and above-average DisplayHDR 600 certification, meaning local dimming and noticeably superior results than the numerous DisplayHDR 400 alternatives already on the market.

With a 4K resolution, 178º viewing angles and 95 per cent coverage of the DCI-P3 gamut, the CG32UQ is a more-than-capable place to work, yet it truly comes alive when playing games. 140 pixels per inch ensure crisp detail, a 5ms grey-to-grey response time is a step up from most TVs, the deep contrast expected from a VA solution is very much present, and peak brightness of up to 600 nits helps tie everything together.

Asus isn't claiming a best-in-class HDR experience, far from it, however the CG32UQ does a respectable job when displaying HDR visuals. The boost in contrast is immediately noticeable, and though the implementation of 16-zone localised dimming and 10-bit colour via dithering is decidedly mid-range, the end result is an acceptable first step into HDR waters. We've tested our fair share of PC monitors where HDR is best left disabled, so we're pleased to find that isn't the case here; turn HDR on and CG32UQ gaming is elevated another notch or two. 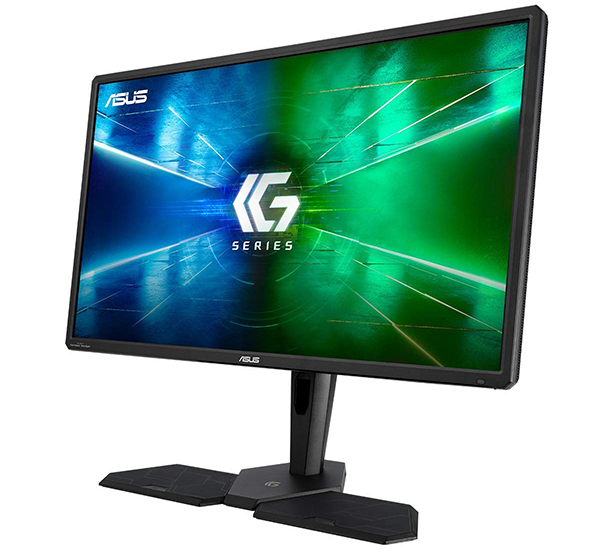 While 4K HDR is a plus point, the matte panel's implementation of FreeSync has left us divided. On the one hand, framerate synchronisation in the 40-60Hz range inevitably helps deliver a smooth experience on current games consoles such as the Xbox One X, yet as we venture deeper into 2020, gamers will no doubt have their eye on next-gen hardware, where there's much talk about 120Hz as a new minimum standard. On the plus side, GeForce users won't miss out as the CG32UQ is officially certified as G-Sync compatible.

Gamers making the move from, say, a smaller 1080p panel will instantly feel the difference, however the 60Hz limit, coupled with the inherent weaknesses of VA technology - response times aren't quite as quick as TN and black crush is evident - are brought into sharper focus by the £785 price tag. That's some £300 more than the rival 32in Philips Momentum, which offers many of the same credentials at a far more affordable fee.

In an effort to stand out from the competition, Asus has attempted to enhance the product's appeal with a couple of unexpected value-adds, some of which work better than others. In terms of external design, the CG32UQ is a tad too gamer-orientated for our liking, with somewhat thick bezels and bevelled corners that prevent the panel from appearing as sleek as its immediate competitors.

That plasticky first impression extends to the base of the unusual stand, where Asus has two rubberised pads for stowing game controllers or other desktop items. It's a decent idea as a pair of USB ports on the rear edge make it easy to keep things charged, however the rubber coating is a magnet for dust and dirt - our review unit is already looking worse for wear - and at this price point we reckon Asus has missed a trick in not making one of the pads compatible with wireless charging. 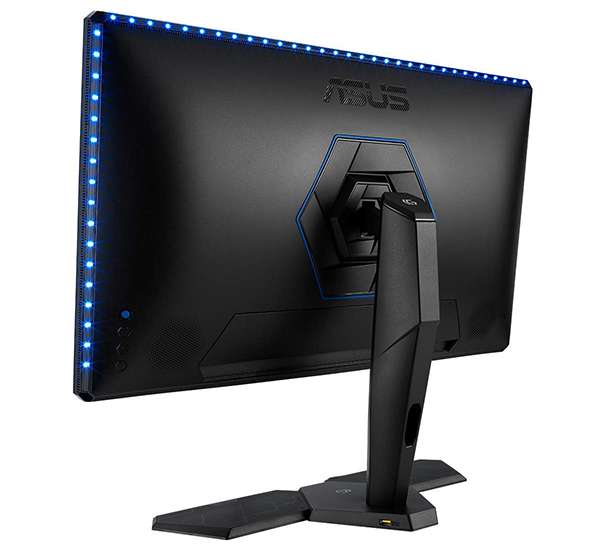 Still, it's nice to see a manufacturer try something different, and the stand does offer up to 100mm of height adjustment and the ability to tilt to +20º/-5º. There's no option to swivel or rotate into portrait mode, but if you're planning to wall-mount the display using the supplied VESA bracket, the base can then be used a standalone headset stand and USB hub; just attach the provided hook and run a USB cable from the monitor/PC to the base so the ports will continue to function.

Appreciating that Philips is a key competitor, it is no surprise to find that Asus has added its own form of Ambiglow. 66 RGB LEDs are shoehorned into the top and sides, and a built-in 'Halo Sync' mode attempts to match colours with on-screen content, effectively extending the feeling of immersion. Such a technique works wonderfully well on Philips TVs, and to a lesser extent certain Philips monitors, however the Asus implementation is relatively disappointing. Halo Sync doesn't seem to react quickly enough to what's happening on-screen, resulting in jarring changes to lighting, yet the LEDs aren't entirely without merit; switch to a static colour and there's good ambient lighting that helps boost perceived contrast.

You do get the sense that Asus has taken a half-hearted approach to certain features - we were amazed to find that the power cable doesn't fit through the stand's cable-routing hole - and though the jazzed-up OSD is visually attractive, the graphics and transition effects make it unnecessarily laggy to navigate via the joystick in the bottom-rear corner. A shame, really, as there are areas in which the CG32UQ gets one-up on its immediate rivals. There's a bundled IR remote control, which we reckon every console-specific display ought to include as standard, and the integrated Harmon Kardon stereo speakers are as good as, if not better, than the DTS solution featured in the Philips.

Catering for multiple use cases, the I/O ports include DisplayPort 1.2, a trio of HDMI 2.0, 3.5mm audio, and four USB 3.0 (two on the monitor itself, two on the base). Asus has all the relevant boxes checked in terms of connectivity, though do be aware the lack of internal power supply results in a somewhat large 230W external brick.