Deepcool is expanding its portfolio of all-in-one liquid coolers with the introduction of the Castle 280EX. Priced at £125, the new addition slots in between the existing 240mm (£100) and 360mm (£140) models and represents Deepcool's inevitable foray into the increasingly popular 280mm form factor. 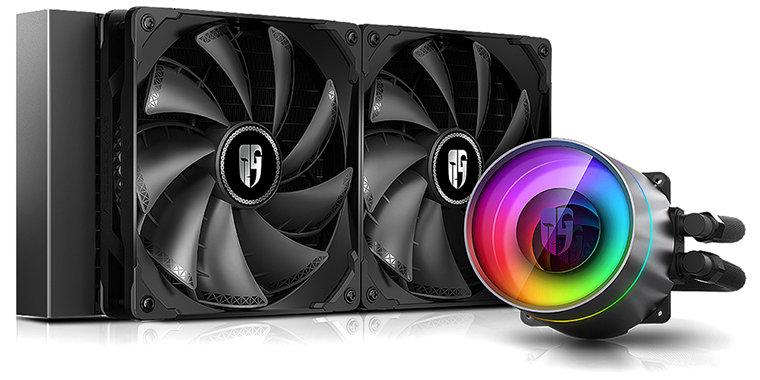 A sensible step, though we are surprised it has taken Deepcool so long to offer a 280mm alternative; the aforementioned Castle 240EX passed under the review spotlight over a year ago. Still, better late than never, and for fans of the original design, it doesn't appear as though much has changed in terms of overall fit and finish.

The larger aluminium radiator measures 322mm 138mm x 27mm and, as before, hopes to stand out from the crowd with Deepcool's patented 'Anti-Leak Tech.' Taking the form of an internal synthetic rubber capsule whose elasticity allows it to compress and increase internal volume, the tech is said to adapt to any pressure changes inside the loop to help guard against unwanted spills. We should add that in all our years of testing and using various liquid all-in-one coolers, we've never experienced a single leak, though extra protection can't do any harm.

Attached to the radiator via 380mm of sleeved tubing is an 86mm x 75mm x 71mm pump that operates at 2,550RPM and creates an audible hum. It is a good performer, but the pump's aesthetics haven't aged as well as we'd hoped. Despite calling it one of the most stylish solutions on the market some 13 months ago, rival coolers have really upped their game with petite, eye-catching designs, and the Deepcool now looks relatively chunky in comparison. The ring of RGB lighting continues to work well - and the top still twists off for the Deepcool logo to be rotated/changed - but it is a noticeably tall pump. 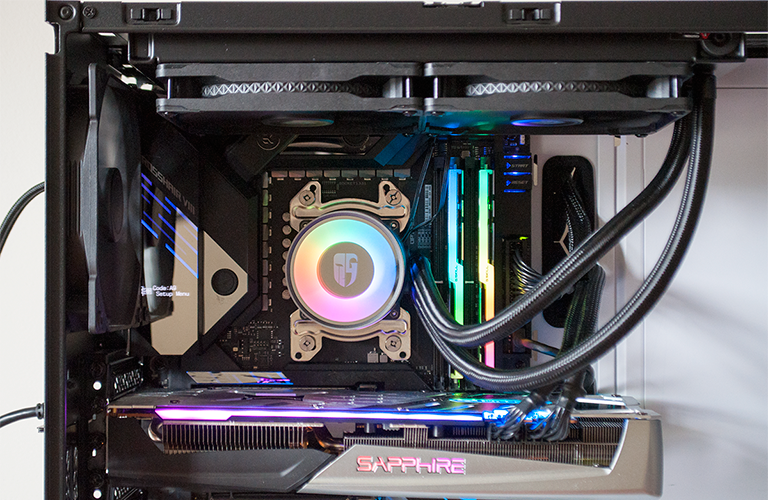 Castle 280EX's presentation is still cleaner than most giant air coolers, however the overall aesthetic isn't helped by the protruding mounting kit on an AMD platform. The silver brackets stick out like a sore thumb, and make an already large pump head appear even bigger. It is worth pointing out that the Intel bracket is far sleeker, and we hope Deepcool streamlines its AMD fixtures on future models to make installation easier on the eye.

Aesthetics aside, mounting the cooler is very straightforward - it's simply a case of securing the brackets to the pump, and then to the motherboard backplate. Do note, however, that in keeping with most AIO solutions, there's a neat layer of thermal interface pre-applied to the copper contact plate, but no spare paste included in the bundle. You'll want to make sure you get it right at the first attempt.

When it comes to cabling, Deepcool keeps things relatively free of clutter with just the two cables emanating from the pump head - a three-pin power connector and an RGB header that can be used for synchronisation with all the major motherboard vendors, or attached to a SATA-powered controller for cycling through built-in effects. Nice and tidy, though it is interesting to note that, unlike most modern competitors, Deepcool chooses not to control its own fan speeds. Instead, the two all-black 140mm blowers, capable of speeds of between 400 and 1,600RPM, are attached to a four-pin motherboard header via a Y-splitter cable, putting the onus on BIOS to govern speed and noise. 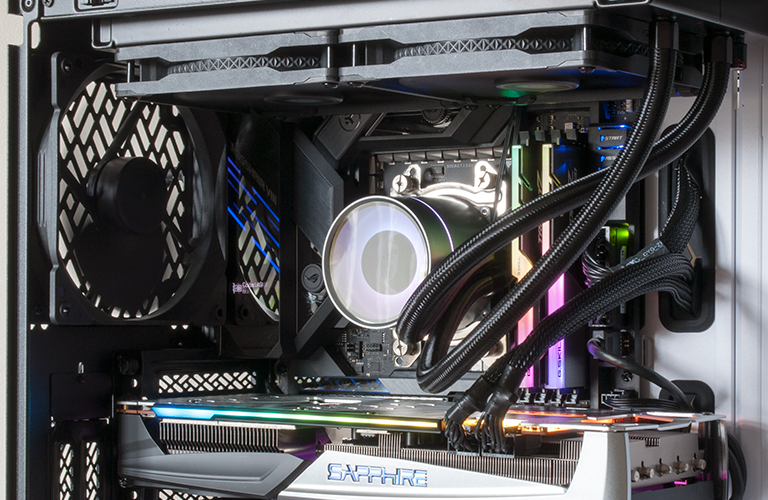