MSI has wrapped up its CES 2021 presentation detailing "Innovations in Gaming Hardware & Computing". It unveiled a range of new products which will help you to build and enhance a gaming PC, such as new Nvidia GeForce RTX 30 graphics cards, new Intel Z590 motherboards, plus monitors, coolers, and peripherals. However, it was particularly interesting to see the brand make its first steps into the storage market with its very first SSDs. 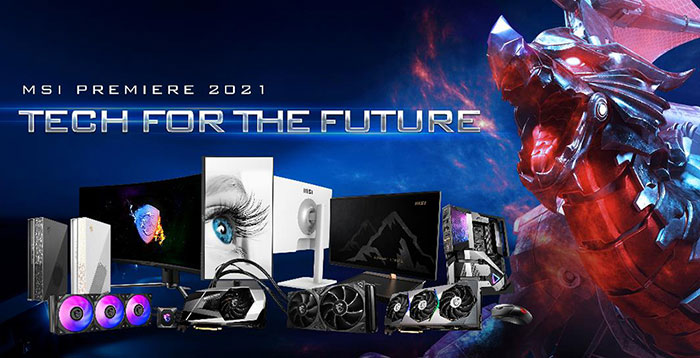 The new range of SSDs from MSI are simply described as MSI SSD, for now (marketing is probably still busy checking for a cool sounding Greek god(ess) name to mangle the spelling of). MSI's outlining of its new superfast storage was pretty brief and can be summed up by the presentation slide below. 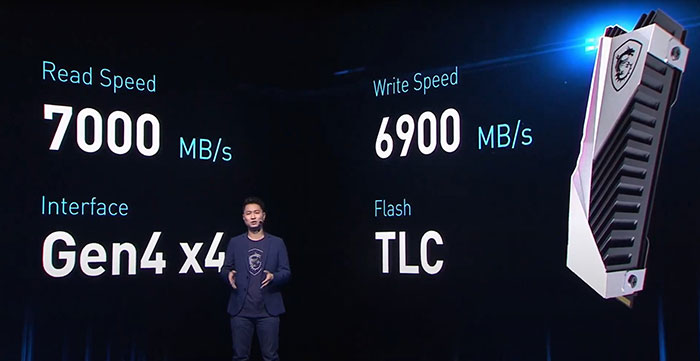 Yes, it sports the PCIe 4.0 interface which has been usable by AMD platform for a couple of generations and has just been opened up for Intel platforms with the launch of Z590 motherboards.

Maximum performance is touted to be sequential reads and writes of 7,000MB/s and 6,900MB/s respectively, which is very impressive. PCWorld noted that the specs appear to be pretty similar to Kingston's new Ghost Tree drives, but MSI didn't respond to queries about the partner manufacturer.

Moving along, MSI showcased the new GeForce RTX 30 Sea Hawk Series. Regulars will know that this is MSI's premium AiO liquid cooled graphics card, and thus usually confined to top end GPUs. MSI showed off its Suprim range too, but we saw these launched back in November.

MSI 500 Series Intel motherboards will debut on 27th January and MSI used CES 2021 to highlight the premium 'extreme gaming' MEG Z590 Godlike. This flagship board will debut a new Stacked Fin Array and Frozr Heatsink Design, as well as feature an aluminium backplate. Other things to see during the MSI Premiere 2021: Tech for the Future event included; the Clutch GM41 Lightweight wired gaming mouse, the MPG CoreLiquid K360 liquid cooler, and the MPG Artymis Series of 1000R gaming monitors.