You are here:
Storage Hardware News

This is WD's first PCIe 4.0 NVMe SSD, following hot on the heels of the likes of Samsung, TeamGroup, and Sabrent. As a reminder, the last HEXUS review of a WD NVMe SSD was of the WD Blue SN550 NVMe PCIe SSD (1TB), using PCIe Gen3 technology, in late July.

Headline performance figures for the WD_Black SN850 NVMe SSD, provided by WD, indicate that this SSD is capable of read/write speeds up to 7000/5300MB/s (1TB model). WD says it has designed and implemented its new WD_Black G2 controller and this drive has been optimized for top-tier and high-intensive gaming (it isn't intended for NAS or server use).

Low queue depth performance is said to have been boosted by WD's latest design. Additionally WD teases use of a new caching technology to make your game load times and file transfers faster than ever. 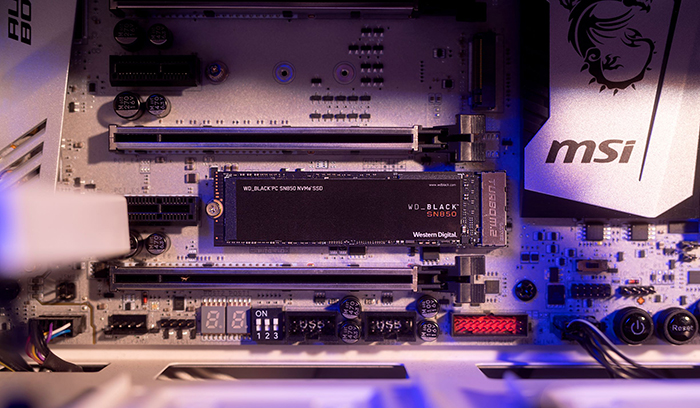 The WD_Black SN850 NVMe SSD non-heatsink version will be available in 500GB, 1TB and 2TB capacities starting at an RRP of £129.99 from the end of the month. We don't have pricing for the RGB-enabled heatsink model, due in Q1 2021, at the time of writing. 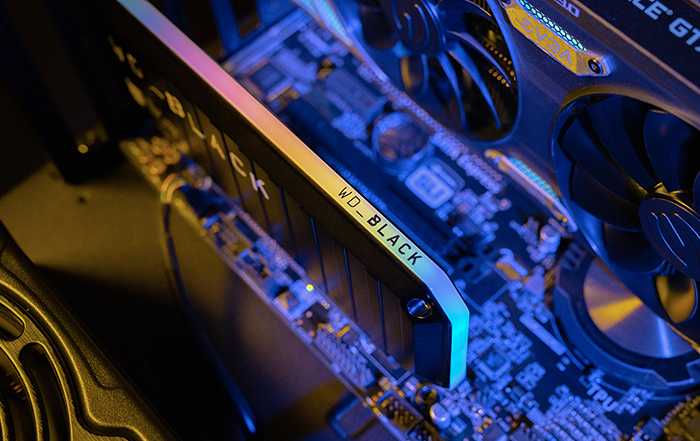 Thanks to this AIC, gamers can expect read speeds up to 6500MB/s and write speeds up to 4100MB/s (2TB and 4TB models). Customisable RGB lighting and an integrated heatsink is standard on this product. 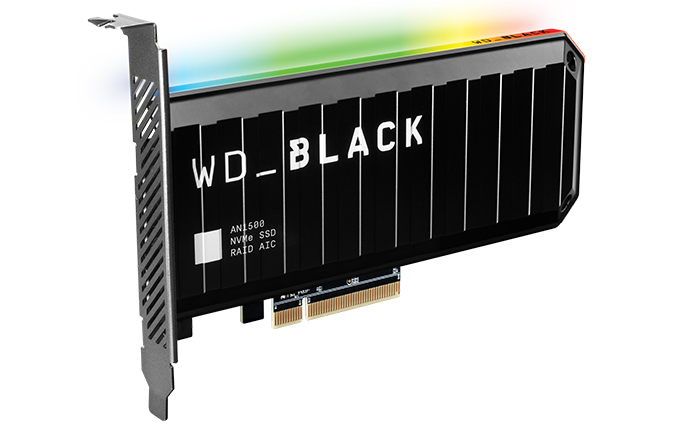 The WD_Black AN1500 NVMe SSD Add-in-Card is available in 1TB, 2TB and 4TB capacities starting at £228.99. WD says you can grab it today from the usual resellers or direct.

This cute box of tricks houses a 1TB NVMe SSD (but there is a cheaper HDD version too). The WD_Black D50 Game Dock NVMe SSD connects to your PC system via a single Thunderbolt 3 for power/data. As a dock it provides; 87W of pass-through charging, 2x Thunderbolt 3 ports, DisplayPort 1.4, 2x USB-C 10Gb/s ports, 3x USB-A 10Gb/s ports, Audio In/Out, and Gigabit Ethernet. 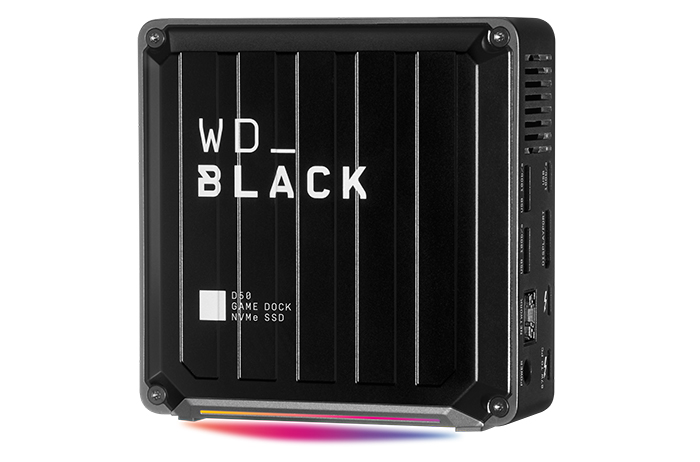 This docking storage with NVMe SSD inside is said to deliver up to 3000MB/s read speed and 2500MB/s write speed, meaning faster load times. 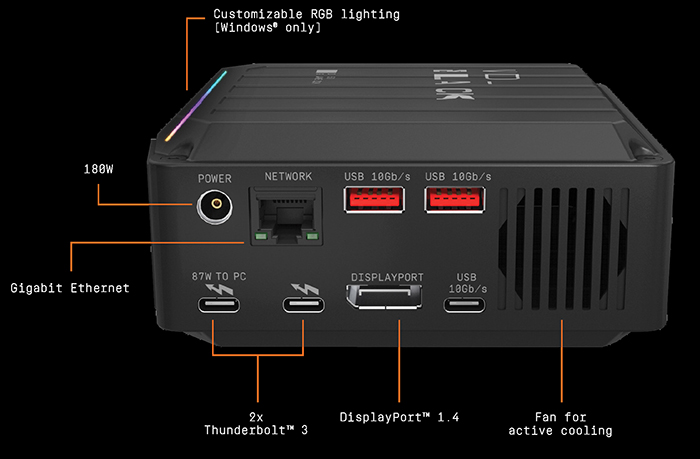 Again we have customizable RGB lighting controlled via the WD_Black Dashboard for Windows. The 1TB NVMe SSD packing version has an RRP of £429.99, if you are OK with an HDD version it is considerably less pricy at £279.99. WD says you will be able to pre-order this TB3 gaming dock starting today.

Low queue depth performance is said to have been boosted by WD's latest deign.

That's meant to be design right?

I'm not sure I trust WD to make anything that is specifically for a certain use, and then not to change that spec further down the road after the whole Red/CMR/SMR fluff we've been dropped on recently..

…and yet, if you look at the recent story about someone running Cyysis 3 on the card, compared to an SSD… Zero performance increase.

…and yet, if you look at the recent story about someone running Cyysis 3 on the card, compared to an SSD… Zero performance increase.

I smell… marketing getting involved!

It doesn't really count this gen because games are still developed with HDDs in mind; worlds are built to minimise loading times with tons of trickery so there actually isn't much huge loading portions in most games. That combined with waiting for network connections just as much as loading items.

Next gen though will be consoles coming with SSDs as standard, with devs having to use less trickery and having the ability to build bigger worlds with more data being able to go in and out, which of course will apply to the PC side of things too.

It's why new console gens always excite me, it means PC side of dev can utilise a bit more of its actual performance lol