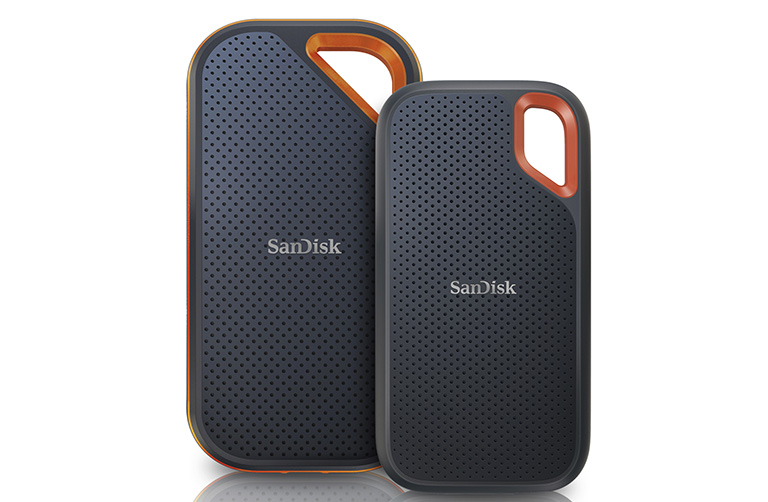 SanDisk is upping its portable storage game by releasing significantly faster models of its popular external SSDs. Dubbed Extreme Portable SSD and Extreme PRO Portable SSD, speeds of up to 2,000MB/s for sequential reads and writes are possible on compatible laptops, desktops and mobile phones/tablets.

Starting off with the Extreme Portable SSD, SanDisk initially offers it in 500GB (£133.99) and 1TB (£216.99) capacities with a 2TB (£TBC) model to follow later this holiday season. Compared to the current-generation drive bearing the same name, SanDisk increases NVMe sequential speeds from 550MB/s to 1,050MB/s read and 1,000MB/s write. Such a move is consistent with the latest iteration of parent company's WD My Passport SSD (2020). The faster transfer speed is made possible by switching the conduit from USB 3.2 Gen 1 Type-C (5Gbps) to USB 3.2 Gen 2 Type-C (10Gbps) and, presumably, using a speedier internal drive.

The Extreme is backed by a five-year warranty and includes a Type-C to Type-C cable in the box alongside a Type-C to Type-A adapter for Mac or PC systems that don't feature the newer interface. We'd argue it would be better to have a separate Type-C to Type-A cable in the bundle. There's also baked-in 256-bit AES encryption and IP55 rating for basic waterproofing and anti-dust ingress. It duly lives up to its portable name by measuring 100.54mm x 52.42mm x 8.95mm (LxWxH). 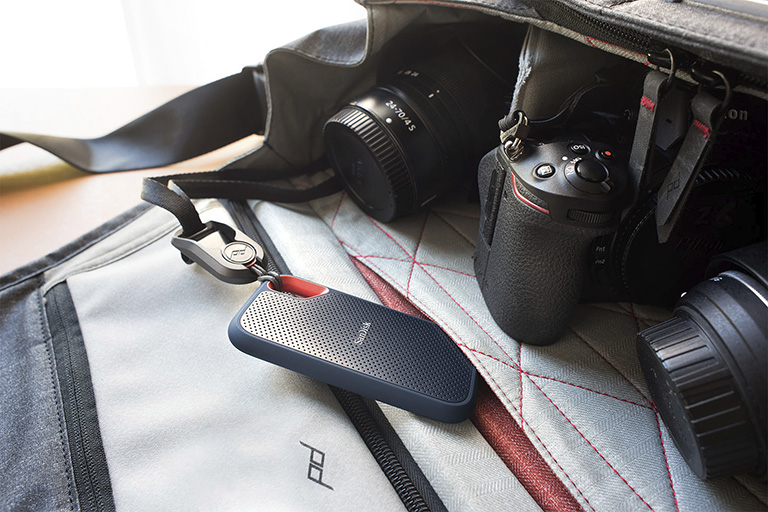 Switching gears and running even faster, the Extreme PRO Portable SSD maximises the SuperSpeed USB 3.2 Gen 2 2x2 (20Gbps) interface by offering up to 2,000MB/s sequential reads and 2,000MB/s writes based on a cutting-edge internal NVMe drive. We've seen this crazy-fast speed before from the WD_Black P50 Game Drive SSD, but the SanDisk version, released a year or so later, provides slightly better performance and compatibility, according to the company. It also has the same AES encryption and IP55 rating as the Extreme, thus making it more suitable for on-the-move transfers than, say, the gaming-focused WD P50. The forged-aluminium casing is a tad larger than the silicone-shell Extreme Portable SSD, however, measuring 110.26mm x 57.34mm x 10.22mm.

Extreme PRO is first available in a 2TB capacity priced at £418.99. A 1TB model will retail later. SanDisk includes two cables in this bundle; a Type-C to Type-C and Type-C to Type-A, which makes more sense.

The takeaway from this launch is that SanDisk is coming to the ultra-fast USB external storage party armed with two Extreme models that, at the very least, double the sequential performance over the previous generation. Stay tuned for the full review soon.