The Western Digital G-Technology countdown clock has reached zero and WD has just announced the introduction of its ArmorLock Security Platform. The hope is that ArmorLock will set a new standard in data protection for WD customers. Alongside the new platform announcement is the first commercial product to ship with the security technology - the WD G-Technology ArmorLock encrypted ruggedized portable NVMe SSD.

WD has its beady eye on those that require the best security for their data-centric and content-critical portable storage use cases. In particular it has singled out industries as varied as finance, government, healthcare, IT enterprise, legal, media, and entertainment as potential markets for these new NVMe SSDs.

Data security is increasingly in the tech news headlines in one guise or another. To help push back against this tide, WD hopes that its "easy-to-use, high-performance, high-grade security storage solution," will be widely adopted. A central technology behind ArmorLock is that data can be secured via the hardware-backed security modules and the biometric protection available on some of the latest smartphones and desktop platforms - providing both a high level of security and fast easy access to your data.

WD says that it has released its high performance Sweet B cryptography algorithm as open source to allow for "a new level of safety and assurance in open source elliptic curve cryptography". Its GitHub repository includes documentation, a comprehensive test suite, and an independent third-party audit by the security research firm Trail of Bits.

Key features of the ArmorLock Security Platform are as follows: 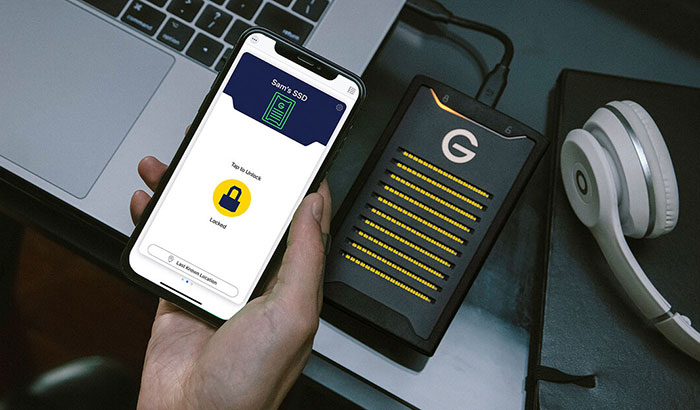 WD has kindly released the proof of the pudding alongside its technology brief. The first ArmorLock product comes in 2TB capacity only to begin with. It is a ruggedized portable storage device which connects via a SuperSpeed USB 10Gbps port and delivers up to 1,000MB/s read and write speeds. This 'zero knowledge' security enhanced device can be unlocked wirelessly with your phone/PC using the mobile/PC face recognition, fingerprint reader, or the device passcode. 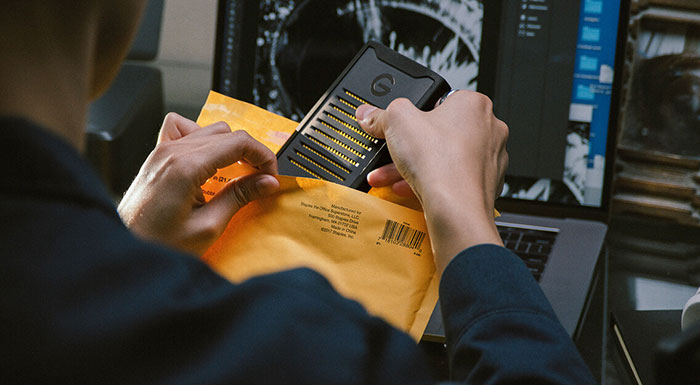 The mobile and desktop ArmorLock apps will enable device owners and managers to configure and manage multiple drives and multiple users to control access. Needless to say this will be good for collaborative workflows where physical drives are shared around and will mean an end to passcodes being post-it noted to the devices.

WD's official highlights for the G-Technology ArmorLock encrypted NVMe SSD are as follows: 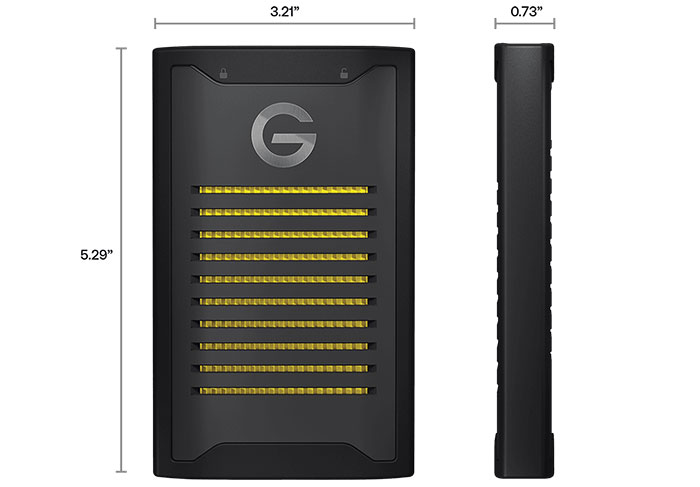 WD has shared the pricing and availability for its rugged and secure portable SSD. It says the WD G-Technology ArmorLock encrypted NVMe SSD will be available from today, in 2TB capacity, for MSRP £559.99 in the United Kingdom. You will also be able to buy it in the United States, Canada, United Kingdom, France and Germany direct from the WD store. The free ArmorLock apps are available now too.

Posted by DevDrake - Thu 03 Sep 2020 13:46
ummm, web unlocked drive ?
Seems like solid security with auto backup on NSA servers ;)
Posted by Gentle Viking - Thu 03 Sep 2020 13:54
Yeah i would prefer if it said web locked drive. i would not trust 99.999 % of what pass thou fibre optic cables, not least here in Denmark where it seem like we have handed over copy / all rights to the Americans.