Seagate has written to HEXUS to announce the arrival of a new line of IronWolf and IronWolf Pro storage devices. The lines make up Seagate's NAS drive portfolio and will now include HDDs up to 18TB and SSDs up to 4TB in capacity. In related news, Seagate has conducted research which indicates 65 per cent of SMB decision-makers say their company's Covid-19 recovery strategy is being informed by the data they have stored about their business..

The new 18TB IronWolf Pro HDD is specifically designed and optimised for NAS with AgileArray firmware, says Seagate. These drives use CMR technology and should be adept at delivering consistent RAID performance while enabling multiple, simultaneous users. 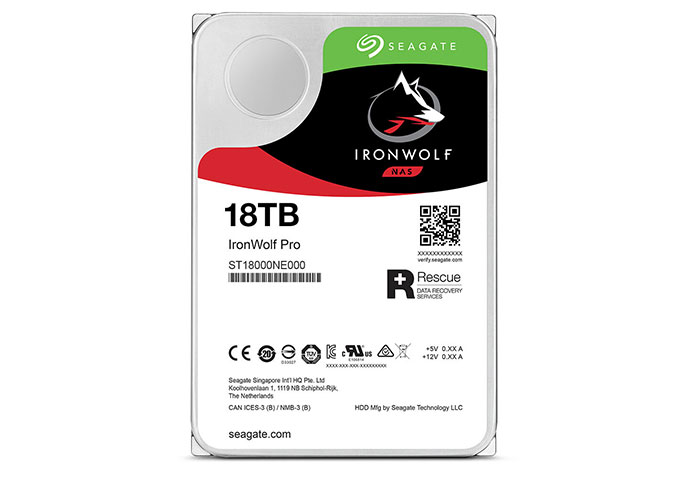 Seagate shared some performance stats for this high capacity NAS HDD, as follows:

If you are interested in Seagate's largest CMR NAS drive for SMBs, it is being released later this month and will be priced at £549.99.

Moving onto the new IronWolf /Pro SSDs, these are SATA form factor drives that are claimed to be NAS optimised for 24x7 endurance and multi-user scalable performance. They might be a more apt choice than HDDs in some businesses like creative pros and multi-user environments. Key features of the IronWolf SSDs are tabulated below: 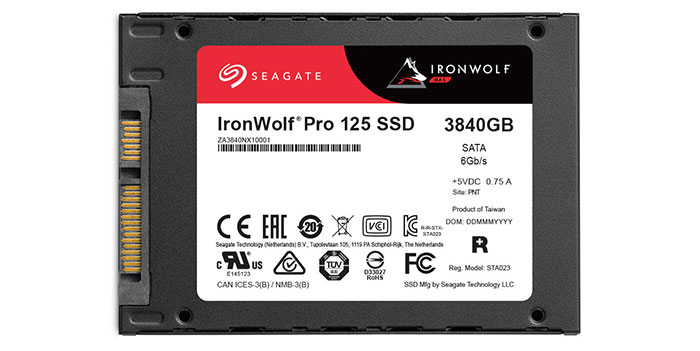 Seagate says that its new IronWolf HDDs and SSDs are available now and you can read more details via its NAS Solutions pages.