You are here:
Storage Enterprise News

Western Digital has announced that it has started shipping its 20TB Ultrastar DC HC650 SMR HDDs and 18TB Ultrastar DC HC550 CMR HDDs to select enterprise OEMs and hyperscale cloud customers worldwide, including Dropbox. Beyond the headline capacities making the new WD products newsworthy, the HDDs are the first ever to implement energy-assisted magnetic recording (EAMR) technology on a nine-disk platform. 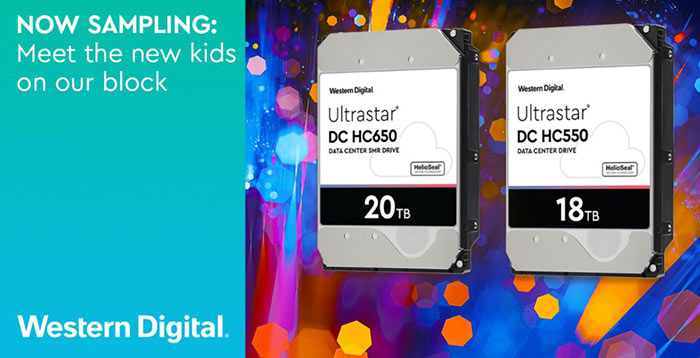 The higher capacity 20TB Ultrastar DC HC650 SMR HDDs utilises Shingled Magnetic Recording technology (SMR). Such drives can offer greater capacities as the tracks overlap to some degree - hence the loan of the word shingle, as in roof tile. The extra complexity delivering greater capacity results in reduced IOPS performance but depending upon use case this might be OK. 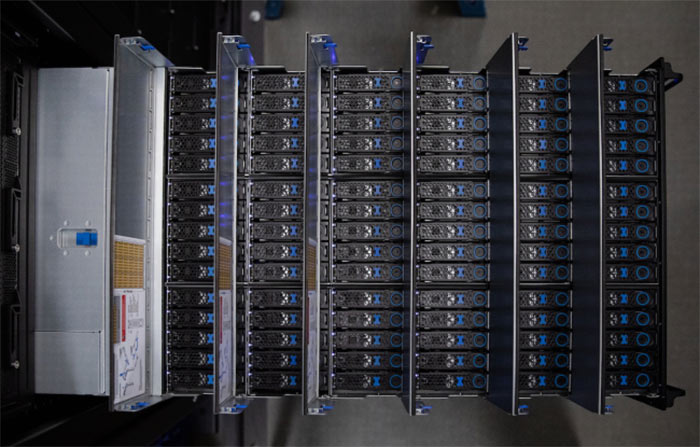 To appeal further to its enterprise customers, WD highlights the new product TCOs. It says that thanks to the industry-leading capacities on offer here, customers will be able "to deploy up to 22 percent fewer racks and reduce their TCO by up to 11 percent, along with the corresponding reductions in power consumption, cooling costs, and data centre infrastructure needs." The comparisons it makes are with regard to 14TB HDDs.

WD says that while select customers are now sampling its 20TB SMR and 18TB CMR HDDs, volume shipments are expected to sail in H1 2020.

I think when my project are completed i will toss in another spinning disk, probably something like 8 - 10 TB.
BUT ! first i must get a 1TB NVME for my C: the current 500 GB are beginning to put mental restrictions on the big arm movements i so like.
Posted by WildW_UK - Wed 25 Dec 2019 21:38
Nobody has said it yet so I guess I'll have to - it's tradition after all.

WildW_UK
Nobody has said it yet so I guess I'll have to - it's tradition after all.