Samsung has announced that it has started mass producing a new line of 256GB SATA SSDs. While hardly inspiring in terms of capacity and interface technology, inside these SSDs you will find the industry's first 100+ layer single-tier 3D NAND design for exceptional performance, efficiency, and a 20 per cent improvement in manufacturing productivity - which should mean keener pricing. 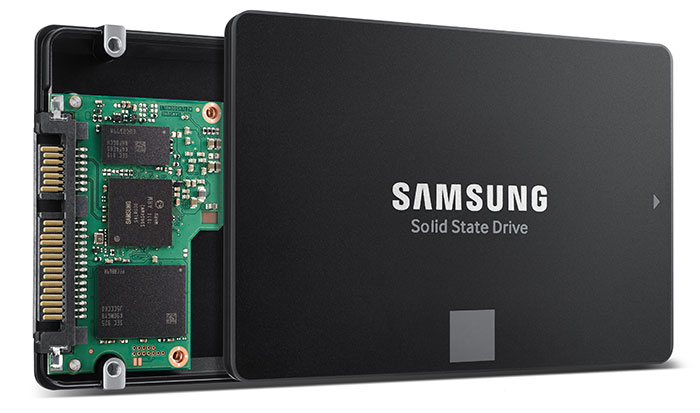 With the increased height of the mould stack, Samsung intorduced a new speed-optimized circuit design that allows it to achieve the fastest data transfer speed, at below 450 microseconds (μs) for write operations and below 45μs for reads. The changes result in a >10 per cent improvement in performance, and a reduction in power consumption of >15 per cent. Going forward this technique will be able to facilitate next-generation V-NAND solutions with over 300 layers "simply by mounting three of the current stacks, without compromising chip performance or reliability," says Samsung.

Samsung intends to expand the use of its 3D V-NAND from the consumer space into areas like next-generation mobile devices, the automotive market, and enterprise servers. It has plans to follow up today's announcement with 512Gb three-bit V-NAND SSD and eUFS storage devices in H2 this year. 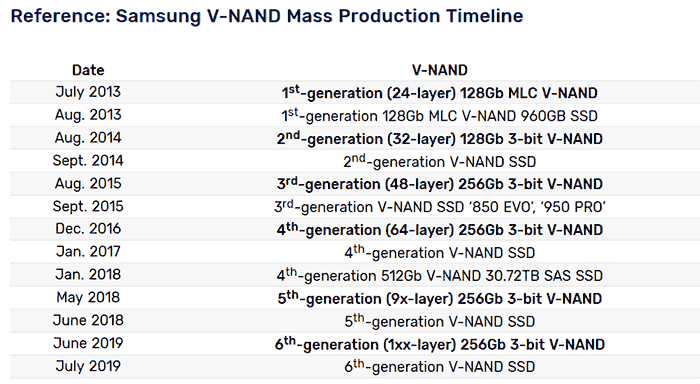 They are creating the SSD of Babel, and the Gods of Storage shall smite it verily. But then I have backups in place so that's fine, I'll have one :D
Posted by Saracen999 - Tue 06 Aug 2019 10:59
Well now. Interesting.

If it pans out this way in real-world usage, 10% performance increase and 15% cut in power consumption is not to be dismissed ….depending on price. If it really is “keen” then I'm interested, and will hold off on some purchases until the wrinkles shake out of this.

Sata ssd's are getting the point where it doesn't really matter who you pick as they're all pretty much on a similar level (using the same class of components obviously)
Posted by philehidiot - Tue 06 Aug 2019 12:38

They are creating the SSD of Babel, and the Gods of Storage shall smite it verily. But then I have backups in place so that's fine, I'll have one :D

And the electrons said “We shall not go quietly into the mold stack! We shall not vanish… without a fight! Today, we celebrate our INDEPENDENCE DAY!”

LSG501
I'd rather know more about their pcie gen4 ssds if I'm honest.

I'm kind of hoping that SATA SSDs will use this tech to make them cheap and more suited to mass storage and then the PCI-e 4 ones will provide the performance end.