Microsoft has made Windows 10 version 21H1 generally available and begun its phased roll out via Windows Update. It outlined this update, also known as the May 2021 Update, back in February. The update is said to be largely crafted in response to needs expressed by customers during pandemic lockdown months, and since it can be summed up in three official bullet points, I've repeated them below.

On the topic of the rollout process, Microsoft has said that it is "initially taking a measured seeker-based approach," to offering downloads. As previously, if Windows Update sees you have a device with any known compatibility issue reported from Insider tests, the update will be offered later, when resolutions come along. If you want to prod Windows to check if your system is OK to go ahead, you can always just fire up Windows Update and get it to 'Check for Updates'. 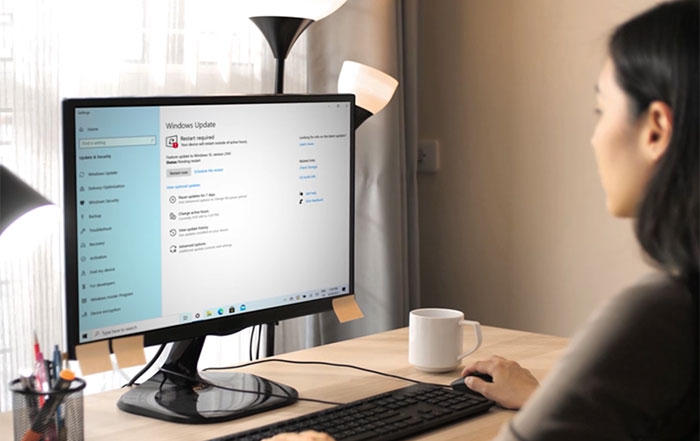 Users that already have Windows 10, version 2004 or version 20H2 "will have a fast overall update experience because the update will install like a monthly update," says Microsoft. Others might have to face a more time consuming / restart laden process. A video outlining the update process, called How to get the Windows 10 May 2021 Update, is available if you have any questions about your options and the process.

Last week we heard murmurings about Microsoft putting Windows 10X on hold and leveraging the tech nuggets its development had precipitated in the main stream Windows 10 release. The Windows blog announcing the 21H1 rollout confirms this. In Microsoft's words, "Instead of bringing a product called Windows 10X to market in 2021 like we originally intended, we are leveraging learnings from our journey thus far and accelerating the integration of key foundational 10X technology into other parts of Windows and products at the company."

Some examples are given to illustrate that this amalgamation process has already started and will be evident to Windows Insiders running preview builds of Windows. The enhanced Voice Typing experience, and a modernized touch keyboard with optimised key sizing, sounds, colours and animations – all stem from Windows 10X works, says Microsoft. Teams working on this kind of tech will continue to put time into software and hardware solutions for mainstream Windows 10 users.

Posted by [GSV]Trig - Wed 19 May 2021 13:58
Binning Win10X is an obvious one to me, just add things to the ‘Optional Features’ and add/remove as required..
All they need is 2 version, Windows 10 x86(32/64) and then the ARM version, versions can be chosen on install and changed with licence keys/subscriptions..
Posted by philehidiot - Wed 19 May 2021 14:13
I can't wait to find out what new and interesting bugs they have introduced and how they've made it harder to fix by changing things around and hiding “advanced” features.

kalniel
They only just delivered 20H2 to me (last week I think!) I guess I have some compatibility flags.

I'm still on 1909, I really should get round to updating it now but been holding off until I do a reinstall lol… I've set everything to the max delays possible to limit any issues that might pop up from dodgy updates.