It looks like Microsoft's grand plans for introducing dual screen devices with Windows 10X, as the next big thing in personal computing, have been put on ice. Microsoft specialist site Petri posted just ahead of the weekend that "the OS as you know it today, will likely never arrive." This info comes from unnamed sources "familiar with the company's plans". It seems that Windows 10X developers are being put to work on Sun Valley and the best Windows 10X features will be rolled into Windows 10 in forthcoming updates.

Microsoft made a big splash with the announcement of its Surface Neo, Surface Duo (Android) and Windows 10X back in October 2019. However, while the Duo has been available for some time, with limited 'success', the Lake-field powered Surface Neo has not materialised, and neither has the OS that would have powered it - Windows 10X. 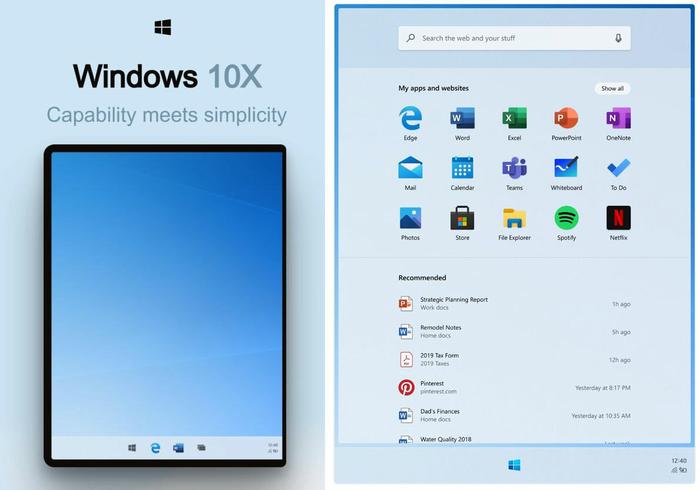 The last info nuggets regarding Windows 10X which made it to the HEXUS news pages came out of the fryer about a year ago. In May 2020 we learned that Microsoft was re-jigging Windows 10, so it could work its charms on single-screen devices – appeasing system making partners who had cheaper designs in mind. Then, last July we heard that Windows 10X for dual-screen devices wouldn't become available until Spring 2022. Now it looks like even that much delayed premiere is not going to happen. 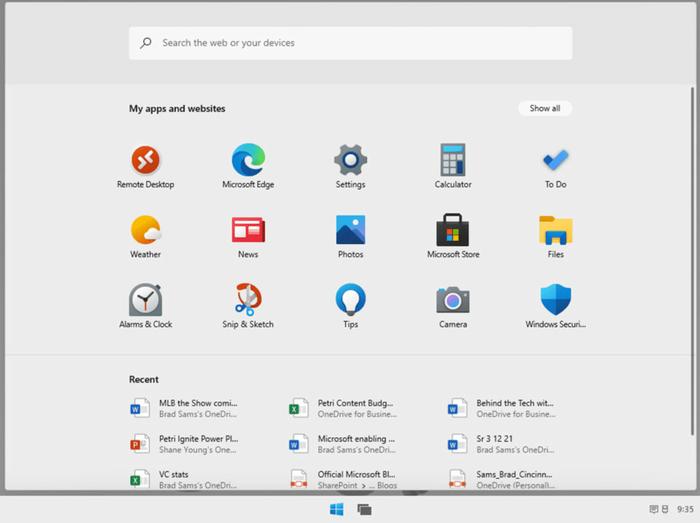 Petri provides some insight into the strategy behind Windows 10X being shelved indefinitely. Simply there are better ways to invest development time than creating a new computing form factor that no-one asked for, when PC systems are selling very well, when there is a shortage of powerful laptops, and system makers are understandably reluctant to gamble. No one needs to speculate to accumulate right now, just get those PCs rolling off the production lines and available to consumers.

As well as the hardware argument outlined above, Microsoft really needs all its resources to make Sun Valley a success. The next major update to Windows must have some attractions to refresh Windows and strengthen its appeal vs rivals. Thus, it is expected that some of the best features trumpeted for Windows 10X will find their way to Windows 10 (UI updates, app containers, and more). Another elephant in the room is that if there are any spare development resources at Microsoft, they might be better used in progressing Windows on Arm.

It will be interesting to see if/when Microsoft makes this Windows 10X info official.

Posted by cheesemp - Mon 10 May 2021 13:17
Someone at Microsoft management needs to take a good long look at their long term plan. Microsoft are becoming worse than Google for pulling the rug out from something before it has a chance to get going. Looking at UWP/Store apps - they might have had a chance had any developers actually believed Microsoft would stick with it but Microsoft show again and again they don't (WinRT, Windows phone). I've come to the conclusion this is the difference between Apple and Microsoft - Apple just go we're now doing X so support it Devs the old way won't work much longer where as Microsoft still feel like they are more bothered about supporting Win32 than anything newer.
Posted by Corky34 - Mon 10 May 2021 14:27
Just what I've always wanted, more stuff rolled into Windows that seems to only be targeted at niche market segments, first it was mobile phone stuff, then it was Microsoft Store, then it was UWP, then XBOX stuff, 3D stuff, and faxing…Who sends faxes in this day and age.

I get wanting to appeal to a wide an audience as possible but Windows was never designed to be modular OS, at least not as modular as Linux, so all these additions just add to the cruft. If their code base isn't already weighed down with cruft it makes one wonder how much more it can take.
Posted by LSG501 - Mon 10 May 2021 14:28

cheesemp
Someone at Microsoft management needs to take a good long look at their long term plan.

While I won't disagree on this, I do think we need to give all companies a little slack when it comes to changing schedules, because the way people have been using PC's has changed with covid and home working etc. We need to remember that MS is more about businesses than they are home users.

In all honesty I'm more annoyed about neo possibly being axed (rumours) than I am Windows X being put on hold….

There's also a side of me which kind of thinks that MS maybe saw that the majority of windows (business) users didn't want such a cut down OS as Windows X and are now looking to just integrate the ‘best bits’ into windows 10 instead. In all honesty with Panos Panay in charge of both the hardware and software departments I'm hoping they finally get their act together because he does seem to understand that hardware and the OS needs to work together and look good doing it, it's part of what helps to sell Apple stuff.
Posted by lumireleon - Tue 11 May 2021 06:56
with all the BILLIONS in Microsoft accounts…its not bad to experiment. Windows phone OS and the purchase of Nokia was a total failure BUT hey! they tried. Windows 10 is the best operating systems on earth for its wide support on different hardware and most important the EXTREME app support.
Posted by Usernamist - Tue 11 May 2021 07:01
Good. I was extremely excited for this (partly for the spectacle of a slow death and over-support it would've gotten, as is usual for truly great Microsoft products), but shelving it indefinitely is definitely for the best. I just hope they can backport all the good ideas they had for 10X to Windows 10 proper