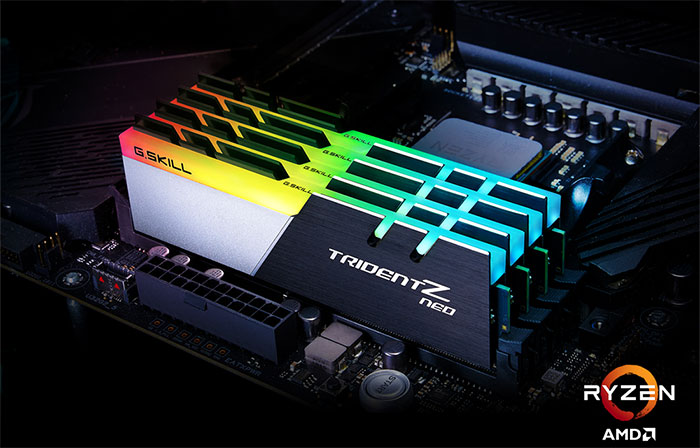 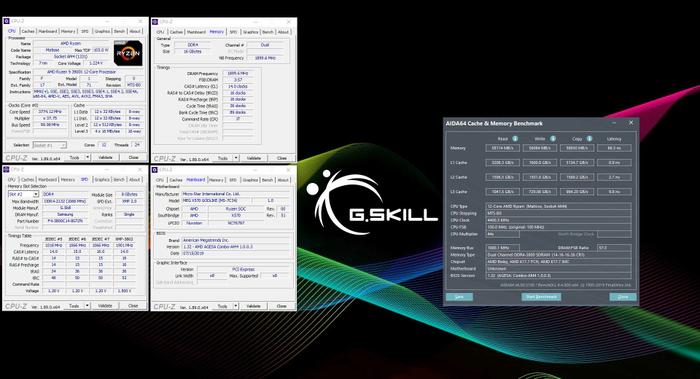 In the screenshot above you can see the new RAM modules tested running at DDR4-3800 CL14-16-16-36 in 8GB x2 capacity, along with the AMD Ryzen 9 3900X processor and the MSI MEG X570 GODLIKE motherboard. G.Skill notes that memory bandwidth of 58GB/s, 56GB/s, and 58GB/s was observed in testing for read, write, and copy, respectively. 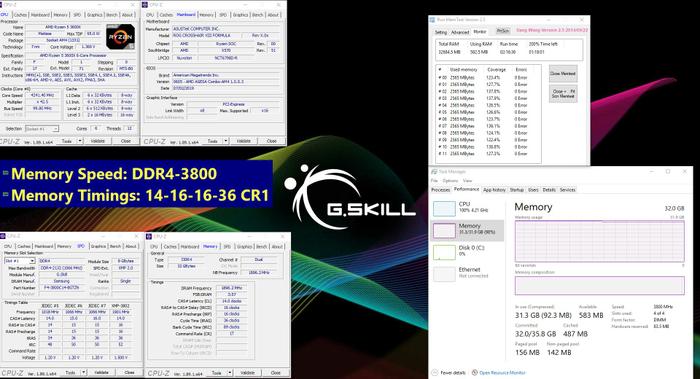 We don't have pricing for the new 3,800MHz kits but the previously fastest G.Skill Trident Z Neo series 16GB (8GB x2) and 32GB (8GB x4) memory kits (3,600MHz) are currently available in the UK for around £125 and £245, respectively. You will probably be paying a premium on those prices, of course, when the 3,800MHz kits start showing up at retailers and etailers.

And there was light.

And the Lord saw the light and saw that it was bling.

And on the 7th day God had an epileptic seizure from all the meth and RGB.

I can't help but think that memory manufacturers have been crying out for AMD or Intel to drop something which can genuinely take advantage of faster memory.
Posted by ik9000 - Fri 02 Aug 2019 13:46

philehidiot
And the Lord said…. let there be pointless light in my PC case.

And there was light.

And the Lord saw the light and saw that it was bling.

And on the 7th day God had an epileptic seizure from all the meth and RGB.

err if you're gonna go bible you could do better:

The Bible
he carried me away in the Spirit to a great, high mountain, and showed me the holy city Jerusalem coming down out of heaven from God, having the glory of God, its radiance like a most rare jewel, like a jasper, clear as crystal. It had a great, high wall…

…The wall was built of jasper, while the city was pure gold, like clear glass. The foundations of the wall of the city were adorned with every kind of jewel. The first was jasper, the second sapphire, the third agate, the fourth emerald, the fifth onyx, the sixth carnelian, the seventh chrysolite, the eighth beryl, the ninth topaz, the tenth chrysoprase, the eleventh jacinth, the twelfth amethyst. And the twelve gates were twelve pearls, each of the gates made of a single pearl, and the street of the city was pure gold, like transparent glass…

…the city has no need of sun or moon to shine on it, for the glory of God gives it light, and its lamp is the Lamb. By its light will the nations walk, and the kings of the earth will bring their glory into it, and its gates will never be shut by day—and there will be no night there.

so, in metaphor at least, heaven is RGB technicolour. Deal with it folks. God likes a bling machine with a clear glass side panel and always-on lighting. Hmm-hmm

Oh but there won't be any win10 spyware, forced updating or patent trolling:

But nothing unclean will ever enter it, nor anyone who does what is detestable or false

where can you buy that 3600 kit then right now?