On Tuesday, Microsoft blogged about a trio of new 'Designed for Xbox' monitors. According to the Redmond software, cloud services, and devices giant, these will unleash the "amazing visual capabilities of Xbox Series X/S and new display features to consider like HDR, 4K at 120Hz, and Variable Refresh Rate (VRR)". It admits they might be good choices for PC users too. 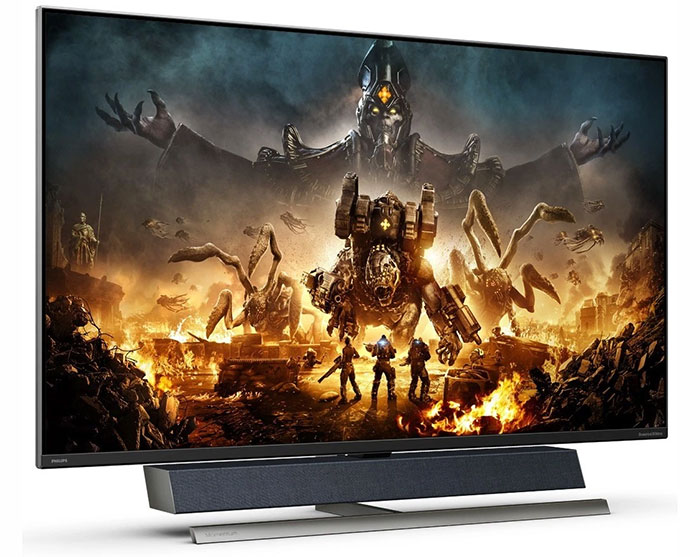 HEXUS has previously reported upon the Philips Momentum 559M1RYV, back in Feb – which would deliver a significant change for console gamer, over the HEXUS reviewed Philips Momentum 558M1RY, thanks to its 3 × HDMI 2.1 ports. The newer model supports USB Type-C connectivity too.

New info from Microsoft / Philips suggests that the top refresh rate supported by the Momentum 559M1RYV is 120Hz, not the 144Hz we heard about in Feb. However the other specs appear to have been correct, and now we have the pricing ($1,599.99) and news that this monitor will be available "this summer".

Asus's Strix Xbox Edition Gaming Monitor XG43UQ has also featured previously in HEXUS coverage. It was mentioned in press releases as far back as Gamescom 2019, but it only really broke cover at CES in January this year, as part of the Asus ROG exhibit. In March, we heard that it would be released in May and, obviously now in June, Microsoft's blog hopefully buts a cap on the release date slippage, naming the availability date as October 2021.

Key features of the Asus's Strix Xbox Edition Gaming Monitor XG43UQ are its native 4K at 120Hz gaming via HDMI 2.1, support for AMD FreeSync Premium Pro tech, 1ms MPRT response time, 90 per cent DCI-P3 colour gamut, and DisplayHDR 1000 certification. Pricing will be approx and the local equivalent of US$1,399.

Acer is covering the market for smaller 4K console gaming monitors with its Acer Xbox Edition Gaming Monitor XV282K KV 28-inch. Again, as with the entire 'Designed for Xbox' monitor trio, 4K at 120Hz and HDMI 2.1 is supported. Added to that AMD FreeSync Premium Pro, 1ms response time, Acer VisionCare 3.0 (TUV/Eyesafe certified), VESA DisplayHDR 400, and a KVM switch is present. As I mentioned previously, this monitor will cost US$949.99, it will be available from "this fall". 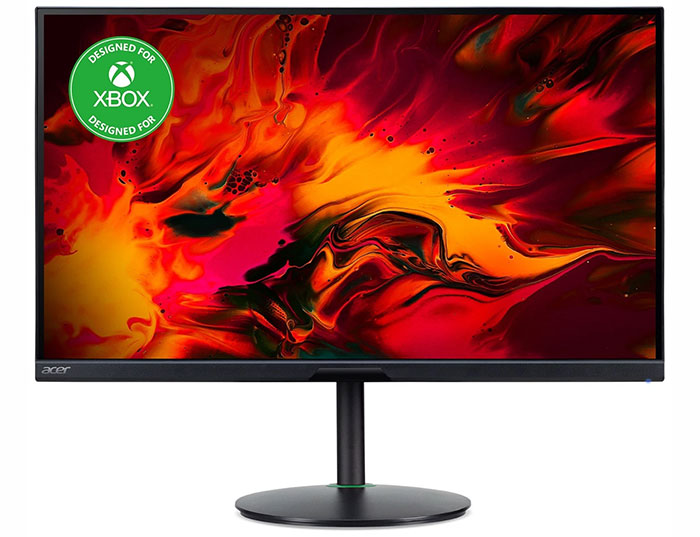 Whichever of the gaming monitors above takes your fancy, Microsoft reminds you to make sure you have an Ultra High Speed HDMI Cable supporting 4K at 120Hz for immediate fun. I'm not sure of each monitor maker's policy regarding in the box HDMI 2.1 cables, but Microsoft is working with various partners to deliver a variety of HDMI 2.1 cables at different lengths to fit your gaming needs. It says it has worked with Cable Matters, for example, to offer two very long cable options; 16 and 32ft long (or just situate your console closer to the TV), starting at US$65.

Microsoft will be working with partners on more monitors, accessories, and peripherals with Designed for Xbox program branding over the coming months.

So it's definitely nice to have a certification that is actually helpful like “Designed for Xbox” that includes all those things. Only other thing I know I'm supposed to look out for is “wide color gamut”.

Can someone tell me if the prices aren't too outrageous? I'd expect Microsoft and their partners to mark-up the price about 20% for the convenience.