MSI has launched a quartet of new monitors to form the Optix MAG272 Series for gamers. Though they are all 27-inch monitors with a 1500R VA panel with 1ms response, USB-C data/charge connectivity, 3000:1 contrast ratio, 300nits brightness, and FreeSync VRR support - they vary significantly in other aspects - please read on to find out more. 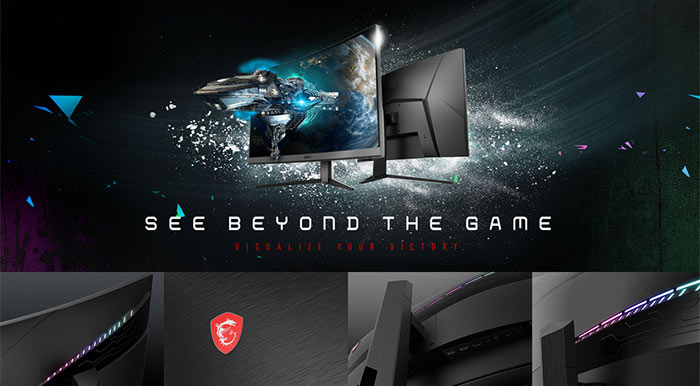 The entry level MSI Optix MAG272 Series monitor is the MAG272C. This is a FullHD model with refresh rate range of 48 to 165Hz (V) as well as the key specs mentioned in the intro. The next model up, the MAG272CR is identical except that it has a stand that adds height adjustments, and it includes Mystic Light RGB frills.

Moving up a notch we have the Optix MAG272CRX which adds a shot of speed to the refresh rates available. This model offers 48 to 240Hz (V) refresh. Everything else is identical to the previous two monitors detailed thus far, except that this VA panel has a slightly lower stats with regards to the colour gamut support.

Saving the best until last, the new Optix MAG272CQR tops the range. The immediately evident upgrade here is the use of a 2560 x 1440 (WQHD) Samsung display panel, though it remains a 27-inch 1500R design. This higher resolution gaming monitor has a lower refresh rate range than the MAG272CRX, at 48 - 165Hz (V). 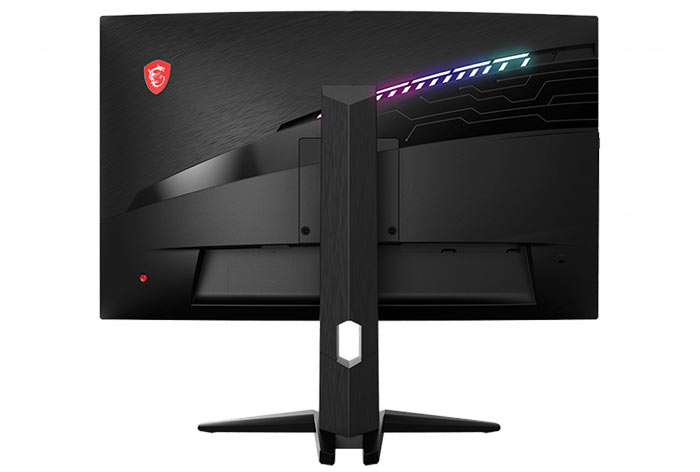 Other key features of the MSI Optix MAG272 Series monitors that aren't touched upon above are the; 'HDR Ready' displays (but none of them carry any kind of certification for this), anti-flicker tech, low blue light, wide viewing angles, headset hanger, Gaming OSD app, and Night Vision equalisation. MSI particularly wanted to highlight the Gaming OSD APP 2.0 software that allows gamers to control the monitor display via a popup window, which is also available while gaming. 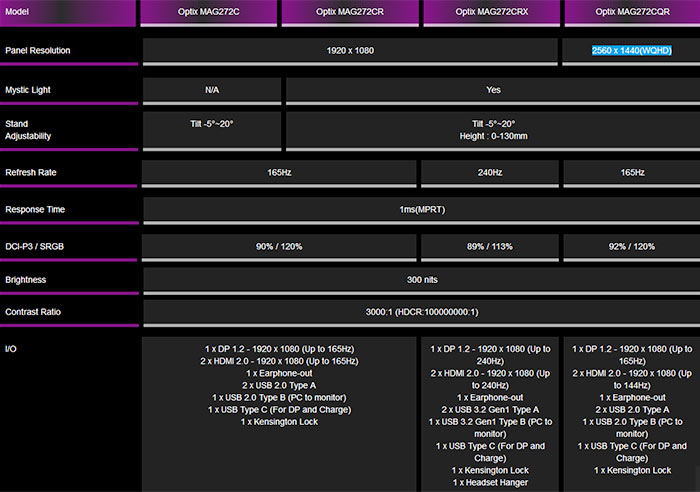 In an email to HEXUS, MSI said that the Optix MAG272 Series monitors is already starting to become available at the likes of Amazon, Newegg and other stores priced at US$349.99 (for the MAG272CRX). Last year's MSI Optix MAG271 Series looks likely to be discounted further as the MAG272 Series rolls out.

The crowd-sourced trio of 27-inch displays is now available to reserve, priced from €349/$359.