Xiaomi is best known for its smart phones and smart home devices but has previously ventured into standard and even gaming laptops. What was once a solidly Chinese brand, with availability via grey import only, about a year ago Xiaomi officially entered the UK market with major retailer backing. A few days ago the firm unveiled a new product which might be of great appeal to HEXUS readers, however we are not sure of the regions where this good-sized curved gaming monitor will be released, for now. 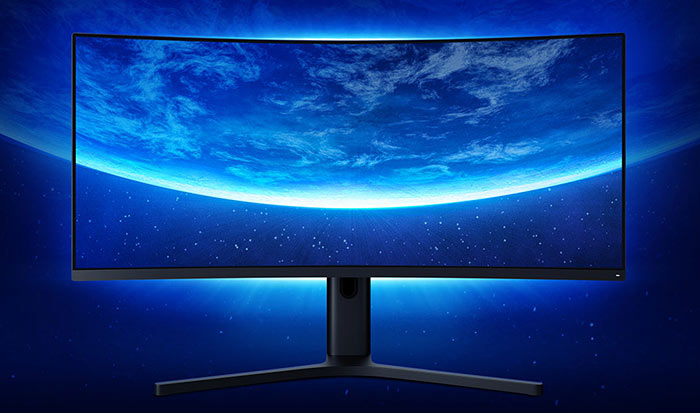 The Xiaomi Mi Surface is a 34-inch gaming-grade monitor which has been announced via the firm's Weibo account, and spotted by NoteBookCheck. The social media post provides a smattering of essential tech specs and details plus imagery - and has the good manners to share pricing and availability too. I've constructed a handy table with all the key tech specs, below.

Buyers of Xiaomi products will often have a beady eye on value, which has traditionally been an important tool for the Chinese manufacturer and designer to wield to penetrate various markets. The Xiaomi Mi Surface specs might be rather 'me too' but the promo price of ¥1999 is rather appealing (approx £215). That special price applies in China for pre-orders. The screen goes on sale in China on 21st October. Later sales will be ¥500 more (about £272) and all pricing is without any form of VAT applied.

Posted by Telekloud - Mon 21 Oct 2019 12:36
This is great for the consumer but once these Chinese companies have killed off the western brands they'll actually have to create their own products.
Posted by Gentle Viking - Mon 21 Oct 2019 12:59
Nice. But i don't think i would like a curved monitor, not even a big one.
Will have to rent / borrow one for a weekend to get some screen time in and see if its just myself telling myself BS or what.
R1500 seem a bit too curved, but then again what do i know i have only seen curved monitors and TV on display in stores, and 2 minutes of looking at them are not enough to form a judgement.
Posted by Wrinkly - Mon 21 Oct 2019 14:11

Telekloud
This is great for the consumer but once these Chinese companies have killed off the western brands they'll actually have to create their own products.

Well they have been creating them for the western brands for decades, who then went on to rip us off.
Posted by Pleiades - Mon 21 Oct 2019 15:27

Telekloud
This is great for the consumer but once these Chinese companies have killed off the western brands they'll actually have to create their own products.

One of the stupidest posts I've seen here in a good while…. :clapping:
Posted by Gentle Viking - Mon 21 Oct 2019 20:09
It is true R&D in China stand for Remember and Duplicate, but then again much of it is a common thing as you cant really reinvent the wheel.
Many people also bitch about the quality of products made out there, but forget it is the same country that send rovers to the moon and make many fine things,,,,,, but of course they do not do that for 19.99 USD.