HP has a number of gaming products on show at CES as part of its Omen range. Specifically, the computer firm emailed HEXUS about the new Omen X Emperium 65 Big Format Gaming Display, the Omen 15 Laptop with RTX 20 graphics, and the Omen Obelisk gaming desktop which packs Intel's and Nvidia's latest and greatest processors. Earlier today we saw a new HP product in somewhat different league, the HP Chromebook 14, one of the first even AMD-based Chromebooks.

Last year we saw Nvidia introduce the Big Format Gaming Display (BFGD) at CES 2018. Here we are back at CES 2019 and HP is among the first to announce one of these TV-sized 4K gaming monitors.

As well as the obvious big screen appeal, HP has fitted the Omen X Emperium 65 with a built-in soundbar (120W). Audio features include; LOFAR Low Frequency Array, VRT Vibration Reduction Technology, and a three-way stereo crossover system - negating the need for a subwoofer. There is an Nvidia Shield STB built in for convenient content consumption and for further gaming options. No TV tuner is built-in but there are plenty of live TV apps available. 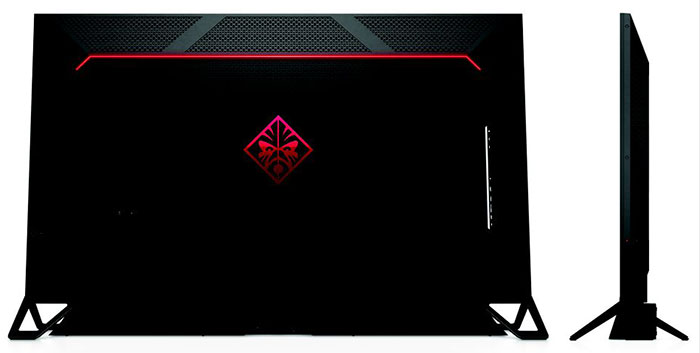 HP told HEXUS that the Omen X Emperium 65 will be available from March at an estimated street price of €4,799 in Europe, and it is listed at US$4,999 with a 24th Feb release date in the USA.

The refreshed HP Omen 15 Laptop now comes packing options that include the latest mobile GPUs from Nvidia plus optional 802.11ax Wi-Fi. The top spec GPU you can configure in the new Omen 15 is an RTX 2070 Max-Q GPU. Other key internal components are; an 8th-generation Intel Core i7-8750H and a standard 16GB RAM. 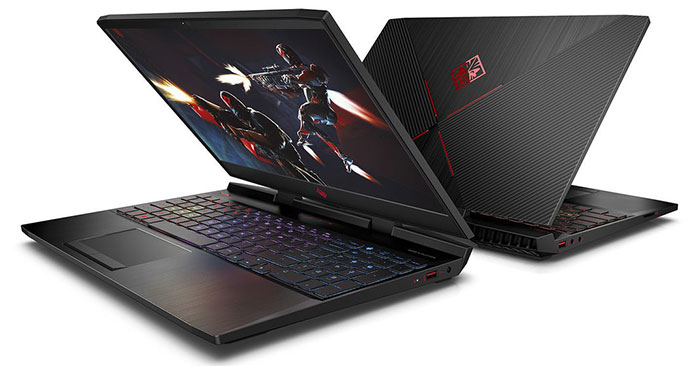 HP fits a 15.6-inch screen to this device with slim side bezels. This screen is a special feature of this refresh as it is claimed to make the new Omen 15 the world's first gaming laptop with a 15.6-inch 1080p 240Hz IPS display.

This gaming laptop weighs 2.4kg and will arrive in Feb with a starting price of €1,699. We don't know how much extra the 240Hz version will cost or when it will become available.

Here we have a modern gaming desktop packing the latest specs, with all the HP Omen trimmings. Buyers can configure this system with up to; 9th Gen Intel Core i9-9900K CPU, an Nvidia GeForce RTX 2080Ti, up to 64GB of HyperX RAM, Dual SSD w/ RAID0, and liquid cooling. 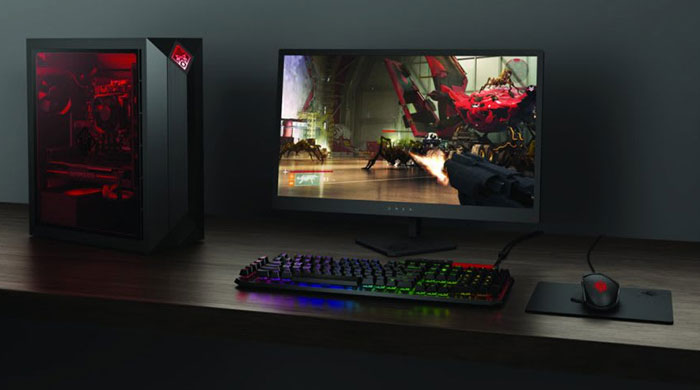 Arriving in March, the HP Omen Obelisk will be priced from €799.