You are here:
Mainboard Graphics News

Colourful has launched a pair of "mini and powerful" components which might work together well as the foundation of a new compact system build. The pairing is of a new Mini-ITX motherboard series, and a new Mini-ITX GeForce RTX 3060. Both these major system components feature a brushed metal finish. 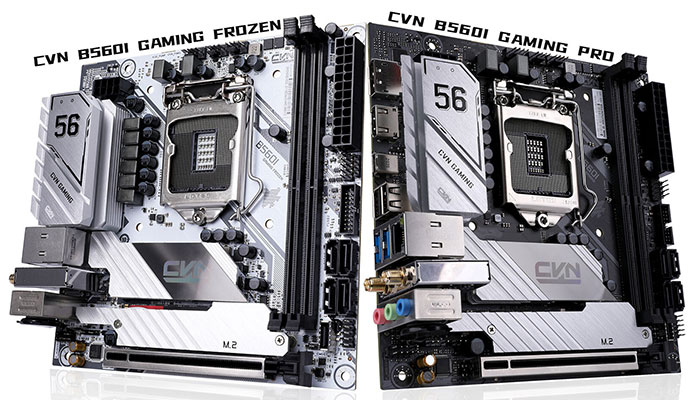 Colourful's newest Mini-ITX motherboards are based upon the Intel B560 chipset that supports the 10th generation and 11th generation Intel Core processors, as you would guess from the name. Key features include the 6+2 power phase design with 60 A DrMos power modules, Intel Wi-Fi 6, and a PCIe 4.0 X16 slot. 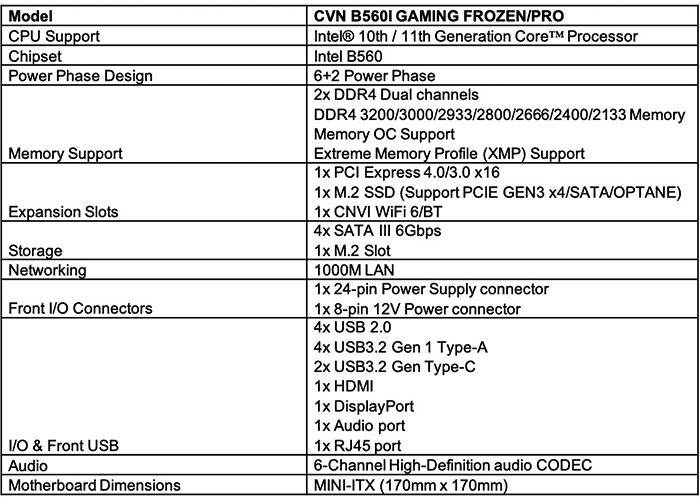 The passive cooling fittings have been beefed up by Colorful in these designs. You can see this upgrade with the visually pleasing brushed/machined white metal heatsinks covering the PCH, the VRMs, and the M.2 slot. For full specs, listing the complete I/O etc, please check out the tabulated data above. 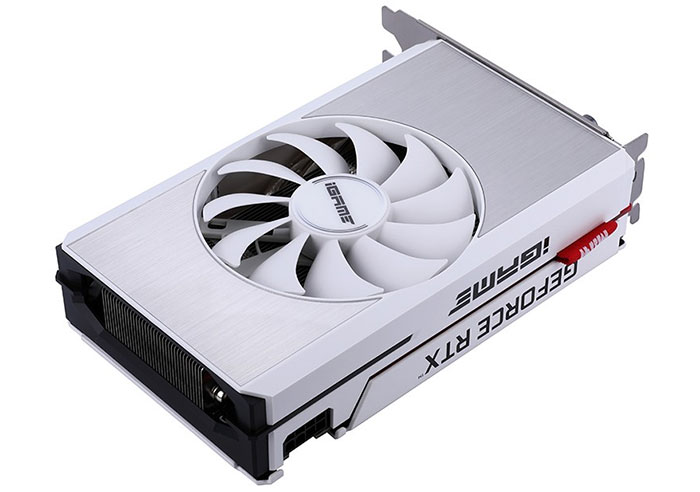 Colourful's iGame GeForce RTX 3060 Mini OC graphics card is just 182mm in length, and 2-slots wide. Its finish matches the 'Frozen' motherboard particularly well. On the topic of appearances, this graphics card includes an RGB lightbar across its top.

In 'Game Mode' the GPU base/boost clocks match reference at 1320MHz / 1777MHz, and a quick toggle switch on the I/O plate allows you to invoke 'Turbo Mode', which will boost the clocks to a max of 1792MHz. Other features of the iGame GeForce RTX 3060 Mini OC worth mentioning are its large heatsink, quad heatpipes, and use of intelligent Auto Stop Technology for when you aren't running demanding 3D workloads.

HEXUS previously reported on the Asus Phoenix GeForce RTX 3060, which is even shorter at 177mm, but takes up 2.55 slots. Its OC mode is a tad faster, boosting up to 1807MHz.

Darkedge
Is that a red fabric tag on the GFX card?

Xlucine
Imagine being able to pick a GPU to match the colour scheme of your build, rather than just getting whatever's in stock?

Maybe it will be easier to just paste an LCD on the side,and have a visual representation of what you want! :P