MSI has introduced a new motherboard BIOS feature called 'CPU Cooler Tuning'. It claims that the feature "unleashes the processor from the thermal design power of the boxed cooler after users replace it with a better solution". This feature is very quick and intuitive for end users to take advantage of and promises better CPU performance for users willing to splash out on improved CPU cooler hardware. 'CPU Cooler Turning' is automatically invoked when a system boots for the first time or after the CMOS has been cleared. 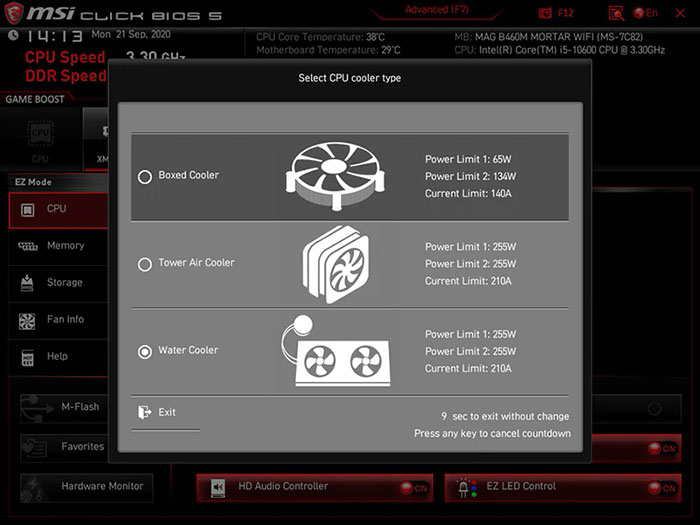 The 'CPU Cooler Turning' feature is built-into the MSI Click BIOS UI and presents the user with a pop up radio select menu to choose the type of cooling solution currently employed. In a press release about the new feature MSI demonstrates its use and potential CPU clock speed boost impacts on a range of its B460 & H410 motherboards.

Though this is meant to be an 'Easy Mode' feature, and it does seem to fit that billing, users can customise power limits in the BIOS via Overclocking \ Advanced CPU configuration settings. In a blog post MSI talks you through how this feature works on an example setup consisting of a MAG B460M Mortar WIFI equipped with an Intel Core i5-10600 processor. 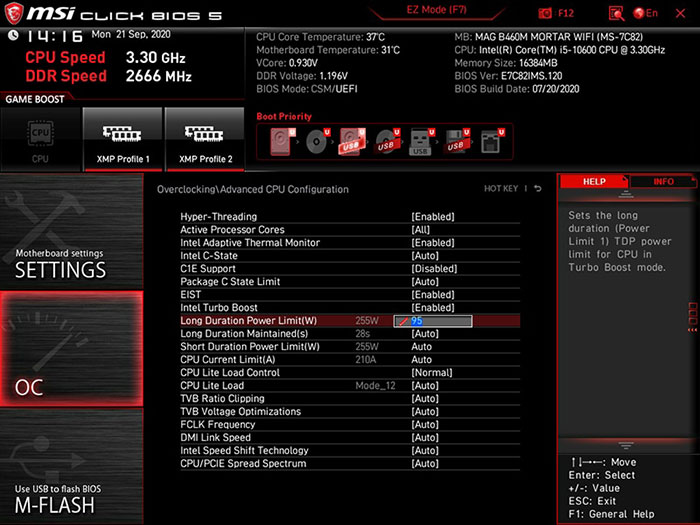 Using the above setup with the three different cooling options and appropriate coolers, MSI tested this example system in the Blender BMW 2.7 benchmark. 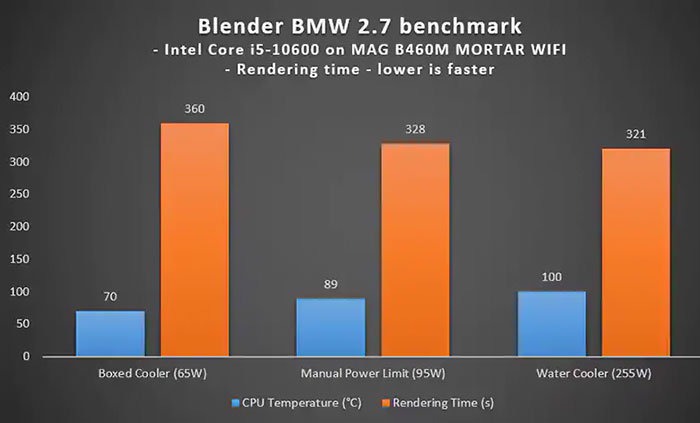 Last but not least MSI reckons that its new CPU Cooler Tuning is "a good start for you to find out quickly the best power limit for your cooler". It advises you do carry out tests with various apps and games, not just one benchmark, to be thorough.

mtyson
Whoops! As an excuse, one of my hobbies is ‘wood turning’.

Yeah, one of mine is woodworking, but I'd never confuse my router with my router……!

The only persons i'd see this being useful for, would hardly ever enter the bios menu other than by accident.