AMD's B550 motherboards only just released this summer, offering the sweet spot for performance, features and pricing for many - as well as delivering an attractive degree of longevity as they replaced the ageing B450 series. We haven't had that many AMD B550 motherboards in the labs, but we did review the Gigabyte B550 Aorus Pro back in June (currently available for about £185).

Just a few months after launching its initial salvo of B550 chipset boards, MSI has now seen fit to make an addition to its offerings, more specifically to the MAG series, the MSI MAG B550 Torpedo. As one of the MAG series it isn't surprising to see MSI stick with the military aesthetic with this new ATX form factor variant. 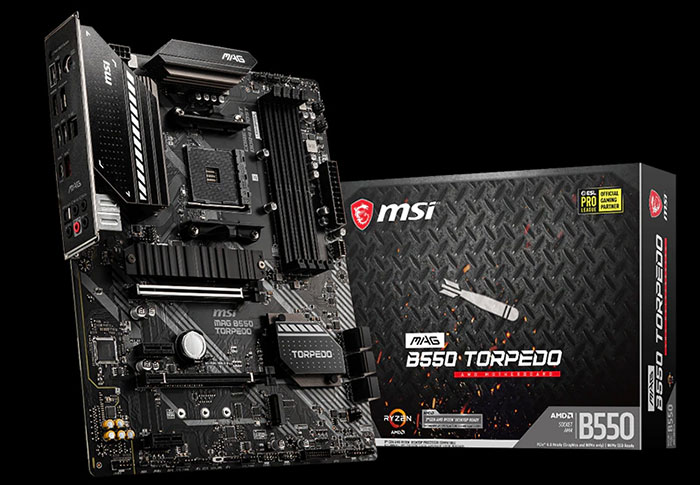 Key features of the new motherboard are as follows:

Of the above, MSI is keen to highlight the appeal of the 10 Dual Rail Power System with smart power stages (and extended heatsink) for its multi-core processor stability. When it says multi-core, it means it, as it asserts this board will comfortably host the AMD Ryzen 9 3950X 16C/32T CPU. 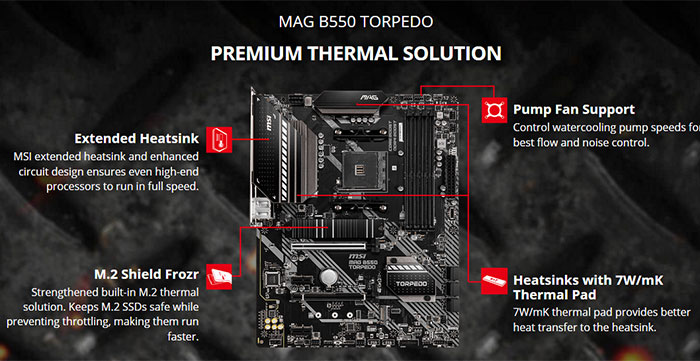 Other highlights, according to the maker, are the motherboard's; M.2 Shield Frozr heatsink keeping the fast SSDs cool, the PCIe 4.0 GPU support, and the Steel Armour PCIe slot for a sturdy build. 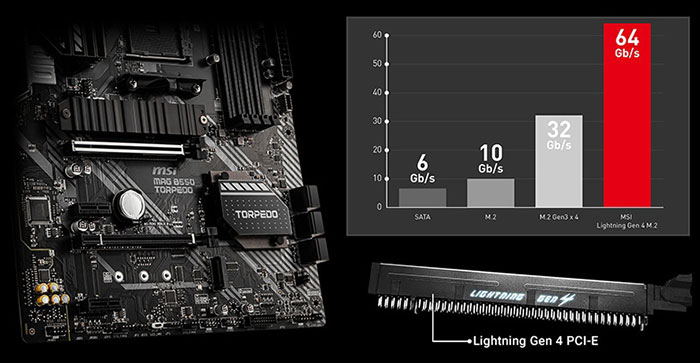 A hat tip to modernity is present with the provision of both front and rear Type-C connectors. The final highlight is the onboard 2.5G LAN with LAN manager providing gamers "incredibly fast data transfer speeds and low latency connection," according to MSI. You can read the full specifications here.

MSI has not yet provided availability details or suggested retail pricing. As a full sized member of the MAG series, I'd expect pricing to be in the £160 to £170 region, as it seems to offer a very similar configuration as the popular MAG B550 Tomahawk (£180) but without the RGB Mystic Light frills.

Posted by Gentle Viking - Fri 11 Sep 2020 15:29
That box art,,,,, i dont think a torpedo have looked like that since the very first ones.
If you just showed me the picture i would say “thats a bomb”